The Temple symbolically has the same layout and meaning as the cosmic Egg.  Thus there is an outward court, an inner court and an inward court – the Holy of Holies.

7 In my distress I called upon the Lord, and cried to my God: and he did hear my voice out of his temple, and my cry did enter into his ears.

8 Then the earth shook and trembled; the foundations of heaven moved and shook, because he was wroth. 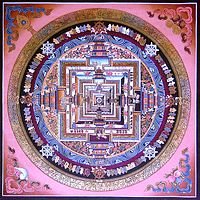 The Temple is not physical.  Although there appears to be a belief among a number of people that the Temple is some building somewhere, it is not.  It is constructed of symbolic objects.

Temple and Palace are often used synonymously and palace is symbolic in all mystic systems.  A palace too is a system, a system of belief or a spiritual set of constructs.  Thus it is a foundation on which a civilisation can be constructed as opposed to a physical building.  Generally speaking the civil system which then emerges from the belief system is called symbolically a ‘city’.  Thus ‘cities’ are based around ‘palaces’ and ‘temples’.

According to the Bible there have been a number of Temples – that is systems that bring together a set of spiritual beliefs.

The First and Second were destroyed, but a Third is expected.  The Third Temple, or Ezekiel's Temple (Hebrew: בית המקדש השלישי‎‎: Beit haMikdash haShlishi lit. (The) House, the Holy, the Third), is a Holy Temple architecturally described and prophesied in the Book of Ezekiel, a house of prayer for all people. It is noted by Ezekiel as an eternal edifice and permanent dwelling place of the God of Israel. 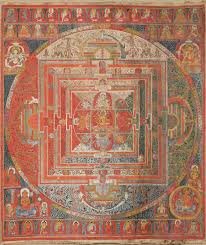 In order to understand this however, we need to step back and examine the concept of Israel.  In the Torah, “Israel refers to the new name that Adonai gave to Jacob (Ya-akov meaning heel holder) who was the son of Isaac, the grandson of Abraham and the father of the 12 patriarchs of Israel”.  The heel is a symbol.

In other words, Israel the place, was named after Israel the role.  The name Israel “yisrael is formed from a wordplay using the verb yisreh meaning to fight or will fight combined with the suffix –el meaning God”

So a Messiah will construct a set of beliefs that become an eternal and permanent description of the spiritual realm – the Cosmic Egg.

In other words, the Jewish people should not be looking for a ‘messiah’ – a man – who helps them with the country Israel.  They should be looking for an Israel/Messiah who helps them build a new Temple [belief system] that carries them forward into the future and on which new ‘cities’ – civil movements – can be based.

It is worthwhile noting that Ezekiel (Ezekiel 40-48) describes in great detail a temple that is much too large to fit on the present physical Temple Mount site, emphasising that this is a symbolic Temple. The Temple of Ezekiel is extremely large [the measurements given are not meant to be taken literally, they are simply meant to mean ‘very big’] and it is to be found in the middle of a large consecrated area. Ezekiel's temple is also very different in many details from any previous temples that have existed before.

18 As for their rings, they were so high that they were dreadful; and their rings were full of eyes round about them four.

20 Whithersoever the spirit was to go, they went, thither was their spirit to go; and the wheels were lifted up over against them: for the spirit of the living creature was in the wheels.