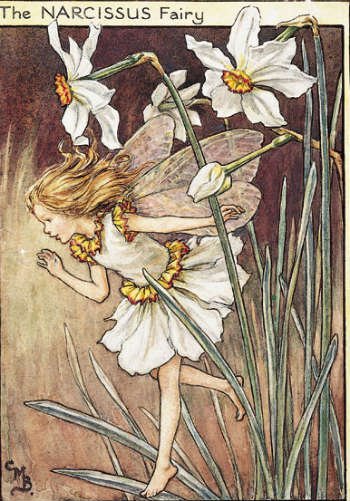 The Narcissus is a genus of mainly hardy, mostly spring-flowering, bulbous perennials in the Amaryllis family, subfamily Amaryllidoideae. Various common names including daffodil, narcissus, and jonquil are used to describe all or some of the genus. Narcissus grow from pale brown-skinned spherical bulbs with pronounced necks. The stems, appearing from early to late spring depending on the species, bear from 1 to 20 blooms. Each flower has a central bell-, bowl-, or disc-shaped corona surrounded by a ring of six floral leaves which is united into a tube. Flower colour varies from white through yellow to deep orange. The leaves are long and spiky.

There is thus a lot of potential in the Narcisus for symbolic use.

The Narcissus takes its symbolism from all flowers. Being a Spring flower it is associated with the spiritual path in its last stages as the person emerges from symbolic Winter. The bulb in the Earth gives rise to a long stalk symbolic of the spine and thus in some systems the Narcissus is a symbol of the kundalini experience and the energy rising from the lower centres of the body to the higher crown – the flower. There are some similarities here with the symbolism of the Lotus, although unlike the Lotus the symbolism is incomplete because the Narcissus is not a Water plant.

The spiky leaves can be used as a symbol of Rebirth as their shape is sword like and thus associated with Being Pierced with swords, the symbolism is the more apt if one views the bulb as the body, the leaves then appearing to be impaled in the body.

The flower has six petals linking it again to the spiritual path and the Wheel with six spokes. And some flowers in this species have a trumpet as part of the flower, linking them to the tunnel and -  being gold in colour - the path to the Sun. Thus the Narcissus is the flower of the enlightened mystic seeking annihilation and the end of reincarnation. 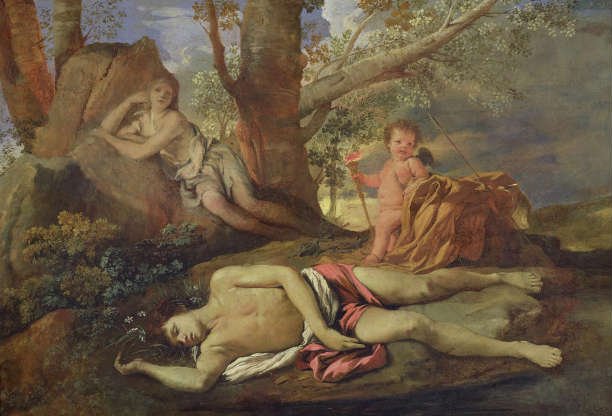 The legend of Narcissus is linked with this symbolism, as Narcissus himself fell in love with his reflection – his Higher spirit seen in the Mirror - and drowned himself, died to merge with the reflection - Annihilation.