Kings and Queens and politics 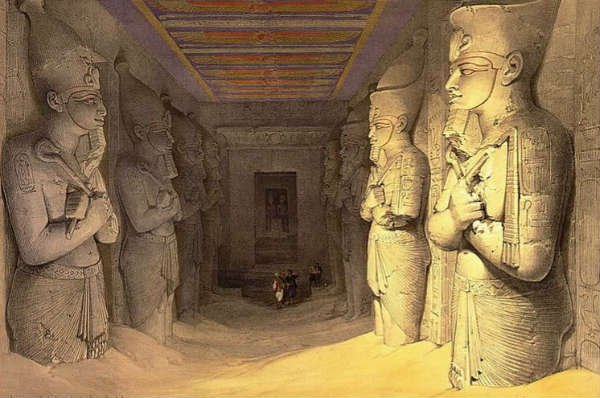 The Qianlong Emperor in Court Dress

The history of spirituality and shamanism is a complex one.  Initially it appears that most shamans were women, happy to heal, give advice, help solve family disputes via ‘soul travel’, solve fertility and childbirth problems and provide blessings.

Then men realised the potential of this art and started to become involved, initially charging for their services and thus become ‘professional’ shamans as opposed to the former ‘family’ shamans.  They gradually acquired more tricks and trappings to make their feats more impressive and worthy of greater fees, until they realised that not only was this profession a source of money, but also a source of power.

At this point the shamans divided into the white healing shamans and the black shamans and sorcerors.  Some were both – harlequins and tricksters.

Men and power cannot be separated.  The objective of power, political or not, is to control other people’s actions and thereby through other people’s activity gain wealth, pleasure, prestige and achieve things [‘works’] impossible without the co-operation of large numbers of people. These ‘works’ can help the people themselves.  So power can be a force for the common good or not.

It is a force of Aggregation and is thus part of the Strategy of creation.

As the potential for achieving power via this form of activity became more obvious, more people - mostly men – joined in and then we see the emergence of large religions supposedly under the guidance of ‘gods’ or God.  Little of any of the original truly capable people spiritually are involved at this stage and are generally persecuted as a threat to the power of the ‘mock shamans’ - priests, imans, whatever they happen to become.

Later we have kings that challenge the religions and then politicians who challenge the kings, each time in gradually increasing aggregates with no spiritual input whatsoever.

They go underground and they create codes and symbolism and hide it in theatrical actions that mimic the original shamanic early ceremonies.  Thus as the shaman action became more theatrical and the items of equipment  became more like theatrical props, theatre was born and mime. And as the exploits of shamans were told as stories they became plays and myths [like Beowulf] and Pantomime.

Or they became pithy little memorable rhymes that were passed on at a very early age to children so that they would be remembered and thus we have Nursery rhymes.

Jack going up the beanstalk was a shaman going up the axis mundi, and Jack and Jill going up the hill were going up the spiritual hill to obtain spiritual energy [water], but Jack when he fell down broke his ‘crown’ – his shamanic crown, his crown chakra and so did Jill.  By descending they lost their shamanic power.

More information on this evolution towards power structures can also be found in the page on the feudal hierarchy.