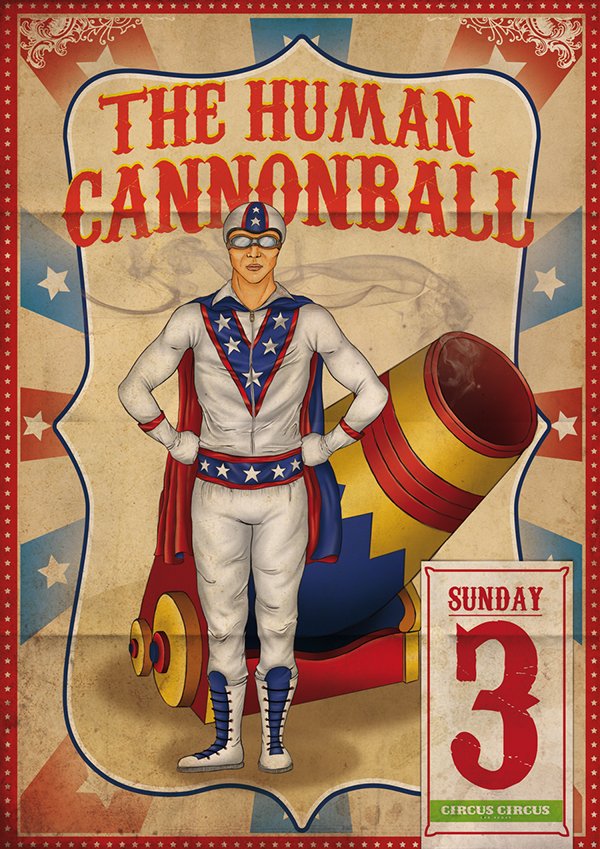 As Wikipedia explains this act:

The human cannonball act is a performance in which a person (the "cannonball") is ejected from a specially designed "cannon".

The human cannonball lands on a horizontal net, the placement of which is determined by classical mechanics. Outdoor performances may also aim at a body of water.

The "cannon" used does not work like a regular cannon, since that would blast the human into pieces. The impetus is provided not by gunpowder but by either a spring or jet of compressed air. This makes the device work more like a catapult, where the cylinder propelling the human stops at the mouth of the cannon.

In a circus performance, gunpowder may be used to provide visual and auditory effects unrelated to the launching mechanism. Fireworks and smoke may also be used to increase the visual effect. 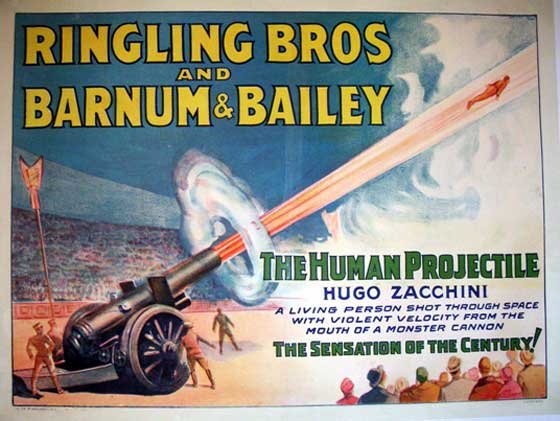 Human cannon balls are part of the overall symbolism of the circus, along with the Wall of death, the dodgems with their little chariots, the Big Top and its half an Egg, lion tamers, those who ride elephants  and people able to do bare back riding on horses.  And we have fire eaters; ascent by ladder or ropes to trapezes and the state of suspension…… and so on.  And then of course there are the clowns.  All of circus is symbolic, its aim was always to keep the symbolism alive. 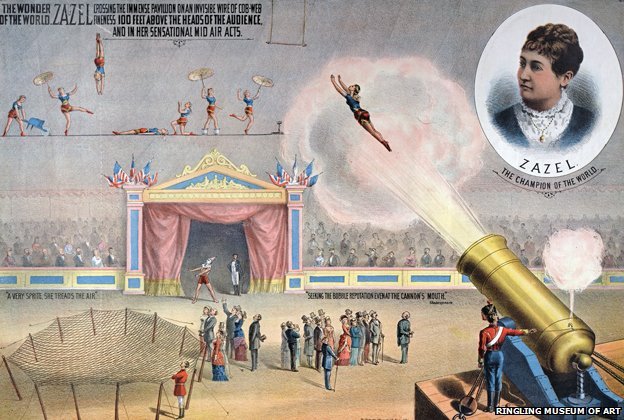 The first human cannonball of whom we have a record was launched in 1877 at the Royal Aquarium in London, - a 14-year-old girl called "Zazel", whose real name was Rossa Matilda Richter. 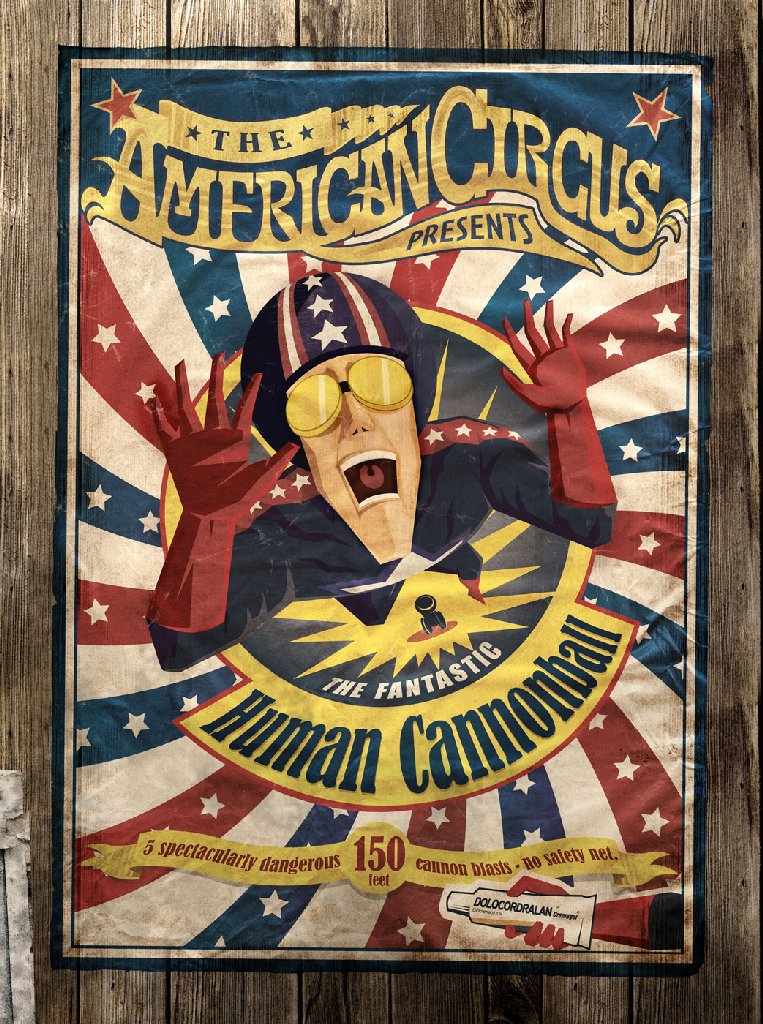 She was launched by a spring-style cannon invented by Canadian William Leonard Hunt ("The Great Farini"). She later toured with the P.T. Barnum Circus.

Farini's cannon used rubber springs to launch a person from the cannon, limiting the distance he or she could be launched.

In the 1920s, Ildebrando Zacchini invented a cannon that used compressed air to launch a human cannonball.

Zacchini shot his son Hugo Zacchini out of the compressed air cannon. Members of the Zacchini family were later inducted into the Ringling Brothers Circus Hall of Fame.

There is a claim that the current world record for the longest human cannonball flight is around 193 ft  or 59.05 m and was established by David Smith Jr. on the set of Lo Show Dei Record, in Milan, Italy, on March 10, 2011. The distance was measured from the mouth of the cannon to the furthest point reached on the net. David Smith Jr. was launched by an 8m (26' 3") long cannon. It was estimated that he travelled at a speed of 120 km/h (74.6 mph), reaching a maximum altitude of 23m (75' 6"). 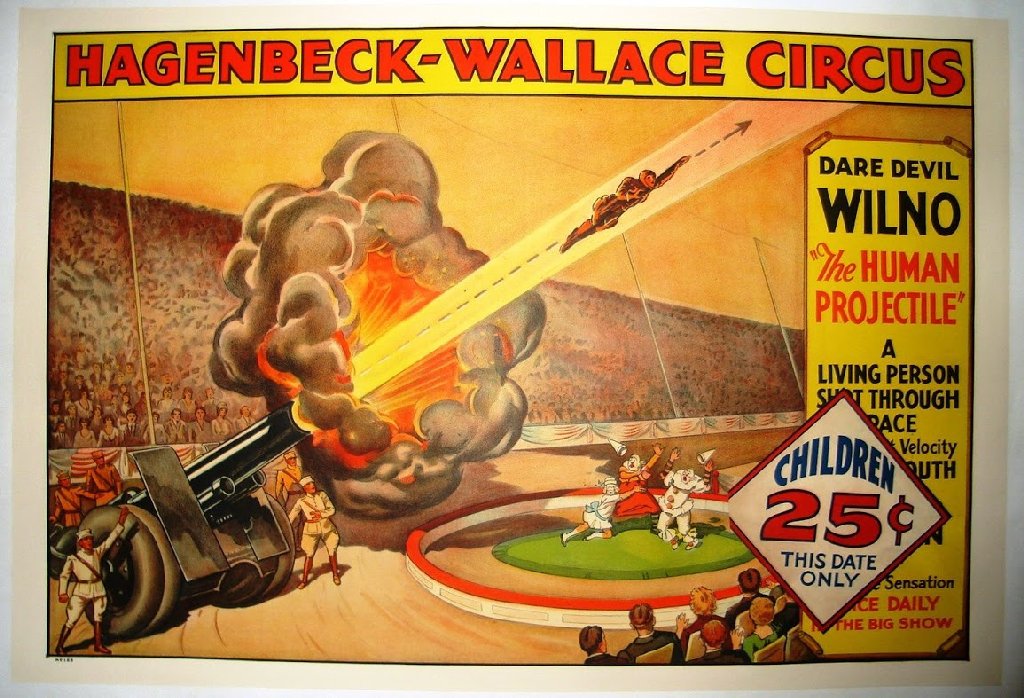 The symbolism is principally based on the cannon and the Net.  The Cannon is the Tunnel, the Net has its usual symbolism.  In effect, it represents a particularly violent out of body experience, in which the person is flung through the tunnel and lands in amongst all the group perceptions.  It does not normally represent death [although it has literally produced deaths sadly], or even a near death experience, although at a pinch one could extend the symbolism in this direction. 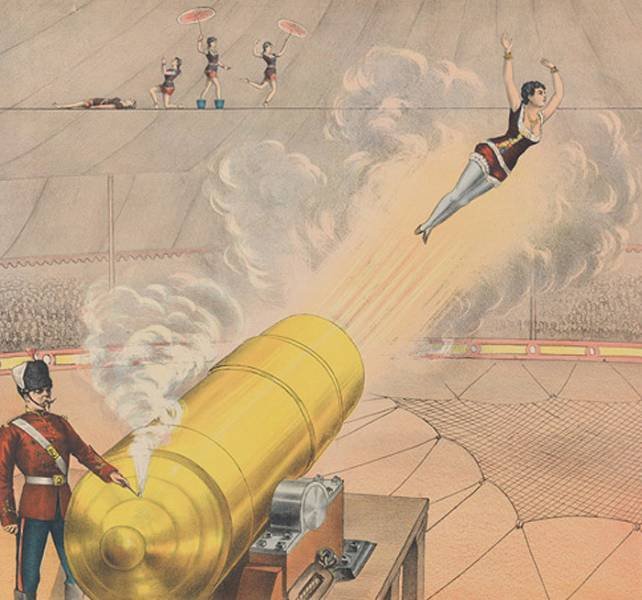