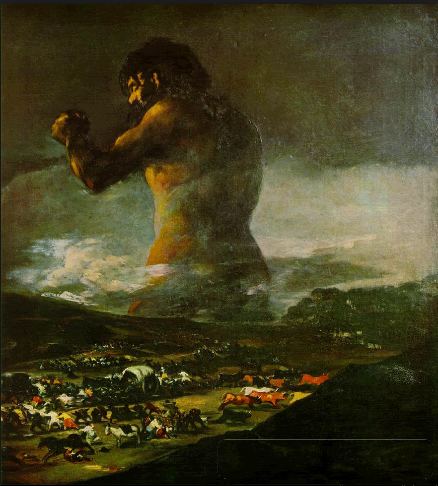 A Giant is the personification symbolically of an Intelligence with a very very large number of functions.  A synonymous term is a Titan.

To understand the concept of a Giant we need to go back to the Intelligence hierarchy.

All Spirit Entities can create subtypes of themselves and they are organised into a hierarchy.

Only the Intelligences at the bottom of the hierarchy with relatively few functions are able to produce physical copies of themselves; at the higher levels in the hierarchy you have Intelligences that contain a vast number of functions– extremely powerful ‘large’ in the sense of its functional diversity .  These are the Giants.

Giants also symbolically represent extremely powerful earth forces, such as those that formed the earth, or create earthquakes.  The two sorts of symbolic meaning are not at odds, as functionally these systems are extremely complex. 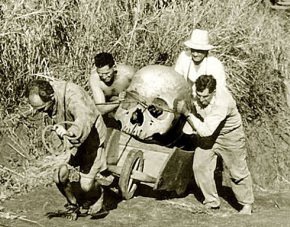 It is worth noting that the literal existence of giants as very large humans has a great deal of support from the archaelogical evidence that has emerged from around the world.  As the idea of varieties of human being that don't fit the 'descended fom the ape' model that the neo-Darwinian religions espouse, the tendency has been for the photos of these remains to be removed and the remains found to be buried in the basement of museums never to reappear again.  But enough [non photo-shopped] photos have emerged to convince the more open minded that the myths of giants are not myths and that they were perhaps one of the seven ages of man.