Five has a number of symbolic meanings, all of which are consistent in their use, with the overall symbol system, but vary widely as to meaning.

A Dictionary of Symbols – J E Cirlot
[Five or the quinary] is represented formally by the pentagon and the five pointed star.....  Traditionally, the number five symbolises man after the fall, but once applied to this order of earthly things, it signifies health and love.
Esoteric thinking sees this, not as the effect, but in fact, as the cause of man’s five extremities with the number five inscribed also on each hand and foot.  The association of the number five with the human figure, common during the Romanesque period, is found all over the world, from England to the far east…..
In the Near East and in the West the number five has been used solely as an expression of the human figure as a whole and of eroticism.

which rather leads one to wonder if the people who coined the phrase 'high fiving' were having a joke.

Less frequently and somewhat confusingly it has been used to represent all the Levels and layers  -  ‘Earth’, ‘Water’, ‘Air’, ‘Fire’ and ‘Aether’ levels.  This same symbolism is present in the Olympic rings and is in the song the 12 days of Christmas 'Five gold rings!!'

A number of geometric symbols incorporating these rings also use the 5 levels and layers, for example, Cup and ring marks. 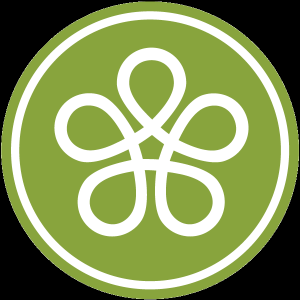 The number 5 has been incorporated into the symbolism of the wheel with 5 spokes and shows a cycle of change or evolution. Here the cycle is confined to only a few steps that apply to any activity that may occur and to anything from a nation to a person, a business, a culture, a project, a species, - any entity.  The cycle consists of 5 stages