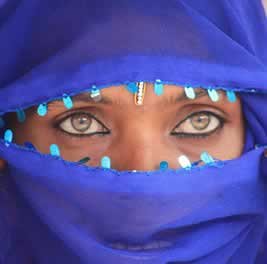 Physically the eyes are one of the 5 senses and thus regarded symbolically as one of the 5 gates.  The eyes are also the 'windows of the soul', but not because we are looking out, but because the true nature of a person is supposed to be visible from looking into their eyes.  Amongst some cultures there is a belief that the eyes show their Higher spirit.  This why blue eyes rather than brown eyes were sometimes regarded as special by some cultures [depending on the colour symbolism of course]. 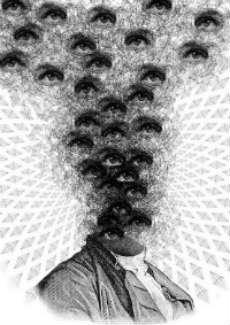 BUT, eyes in visions and out of body experiences are a portal.  In general, however, they are a very special portal.  For many who have reached the higher vibrational levels, they may journey through a tunnel or whirlwind and find an 'eye' at the end of the tunnel blocking their path -  or at least that how it appears because the way it opens and closes looks like an eye blinking.

From this we get the symbolism of the 'Eye of God' because the only view most spiritual travellers ever get of this inner sanctuary is this 'eye'.  And since very very few who go through this portal ever return, we have litle idea what is beyond this portal except Light [with a capital L] and unbelievable mind frazzling Power.

Eyes appear like snake eyes or the large eyes of an owl for example.  In effect they have large irises;  almost invisible if not invisible ‘whites’; and a pupil of changing size, sometimes round and sometimes oval. Occasionally a whirling mass of spiral cloud is described  with an eye at the end.

The peacock has special symbolic meaning for this reason.  A peacock’s tail has numerous eyes all over it .