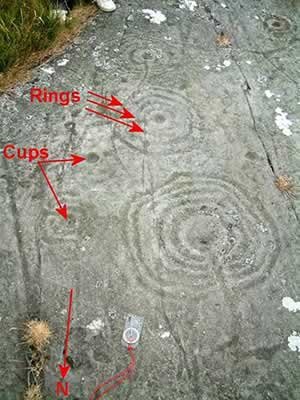 These marks are usually to be found chiselled into rock.  The rings represent the levels and layers the centre is the ‘hole’ the aether level.   In effect it is representing the cosmic Egg.

The rings may be combined with the cup marker used as a rock gong [see rock gong] which has the symbolism or meaning
“if you strike this rock here, it will produce sound which may or may not be audible and  which will launch you into a spiritual experience in which you can visit all five rings”
On the right we see the markings at Weetwood Moor, in the English county of  Northumberland.
Below are the markings at the 'Laxe das Rodas', Galicia where hundreds of stations are known.
Note that the carved channel in this case may simply have been to ensure the water drained from the cup and didn’t spoil the carving.  But on the other hand maybe not, because this symbol is identical to that used by the Dravidians in their lingum and yoni, all we are missing is the Egg to put in the hole.  For an explanation of this seemingly bizarre explanation - go to the description for Mandalas.
The outside of this ring is marked by islands.

The easiest way to understand the symbolism is to see how a mandala is created, so please follow the link to the section on the mandala. 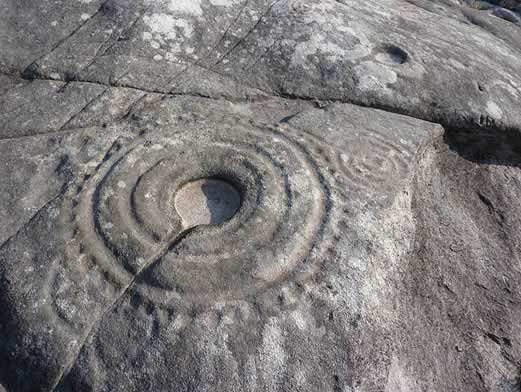 Other types of cup marks 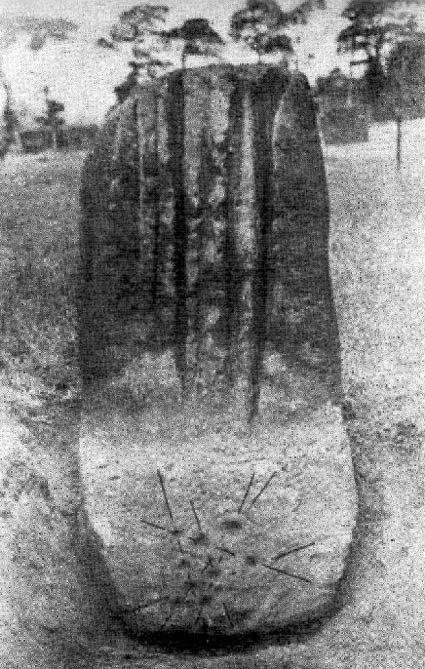 The diagrams above are true cup and ring marks as they contain both the cup and the rings [!], but there are numerous stones that have a pockmarked pattern with just cups, apparently arbitrarily placed on mark stones.

When Robin Hood’s stone was moved from Allerton Liverpool , Alfred Watkins found ten cup hollows which had been hidden underground and these formed six ley alignments of three points each.

He came to the conclusion they were a ‘ley map’.  His conclusions were reinforced when he examined a stone in Tillington churchyard, Hereford which had four cup marks on its upper surface.  Drawing diagonals between the marks and taking a northern bearing from the point of intersection, which he assumed to be the stone’s position, he found they pointed out two well marked leys crossing the stone.  Others seemed to confirm his discovery.

But he did not go far enough, because stones marked in this way  are celestial maps.  The dolmen of Rocenaud, France, has cup marks which are grouped to resemble the Pleiades.

By deduction, the cup marked stones are BOTH ley maps AND Constellation maps.  They diagrammatically represent a star constellation, but at the same time that star constellation has been physically marked out on the earth, using sacred sites, mark stones, ley lines, and so on with the exact proportions that occur in the constellation – as above so below. 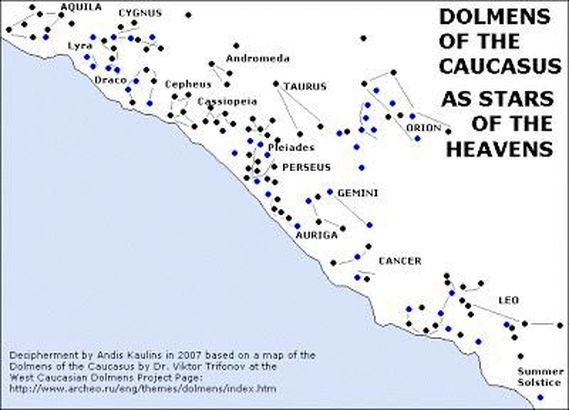