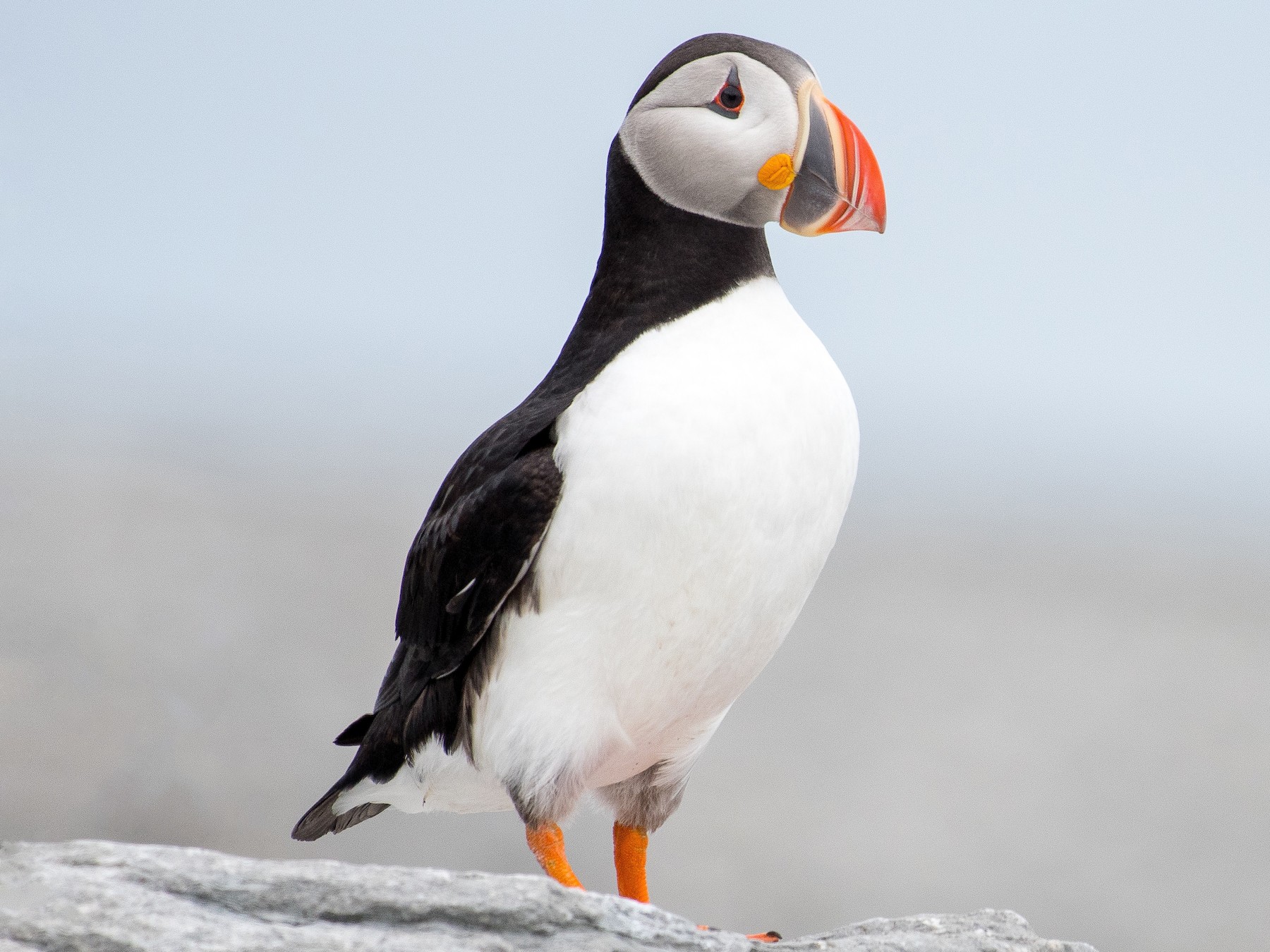 Puffins are 'the clowns of the sea', in other words symbolically they are equivalent to a clown.

They are any of three species of small alcids (auks) in the bird genus Fratercula .  They have black or black and white plumage, a stocky build, and large brightly coloured beaks during the breeding season. It is their somewhat comical appearance that gives them the name ‘clowns of the sea’.  Their short wings are adapted for swimming with a flying technique under water. In the air, they beat their wings rapidly (up to 400 times per minute) in swift flight, often flying low over the ocean's surface.  They breed in large colonies on coastal cliffs or offshore islands, nesting in crevices among rocks or in burrows in the soil.

Their symbolism is thus quite interesting, as although they take on the symbolism of all birds they are birds of Air, Water and Earth, never soaring to be genuine birds of the Air and not able to rise to the levels of the Aether.  But they are versatile in that they have mastered three of the Elements.  Furthermore although they are Egg laying , they do not lay the Egg in a tree,  [ symbolically in the Tree of Life],  but on the Earth.

They have the tears of the clown and the clowns white face, the rosy cheeks and black hat too.