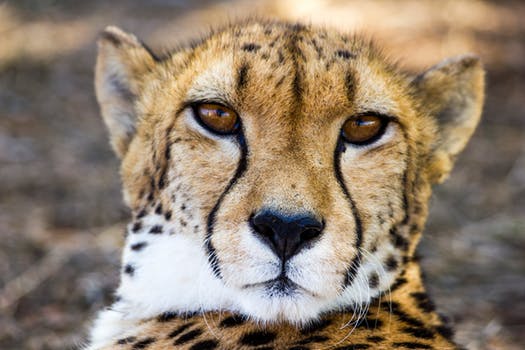 Cheetahs share considerable symbolism with the lion as the symbol of the intellect.  But whereas lions are quite slow and ponderous in comparison with a cheetah, the cheetah is the symbol of a very quick intellect, a razor sharp mind, and a seer of considerable distinction.

Interestingly, although the lion tends to be associated with the symbolic ‘masculine’, the Cheetah is a 'feminine' symbol, an animal of grace and with the lines of a Goddess, they are the symbols of women who have razor sharp minds and reasoning ability.  The cheetah is the fastest land animal.

Furthermore, this intellect is put to positive purposes and the cheetah is looked on as a symbol and totem animal of very Positive Power.  There is none of the cunning and deviousness that can occur when the intellect is symbolically ‘masculine’ simply because by definition a female genius has both masculine and feminine qualities. 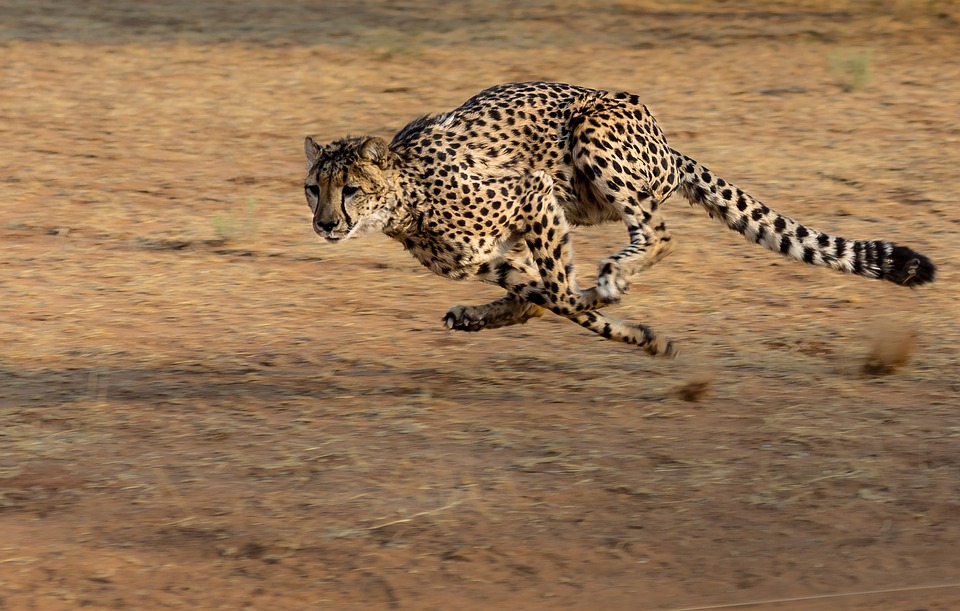 The species is endangered in ‘real life’, adding to the symbolism, as the continued suppression of women with any intellect has been a constant problem over the years.  Their ideas have either been ignored, stolen or mis-used.  You don’t find any men conceding to the notion of women geniuses.

James Dewey Watson, for example, one of the four discoverers of the structure of the DNA molecule had this to say about Rosalind Franklin, whose data and research were actually key factors in determining the structure of DNA, but who died in 1958 of ovarian cancer, before her work could be acknowledged.

“I suspect that in the beginning Maurice hoped that Rosy would calm down. Yet mere inspection suggested that she would not easily bend. By choice she did not emphasize her feminine qualities. 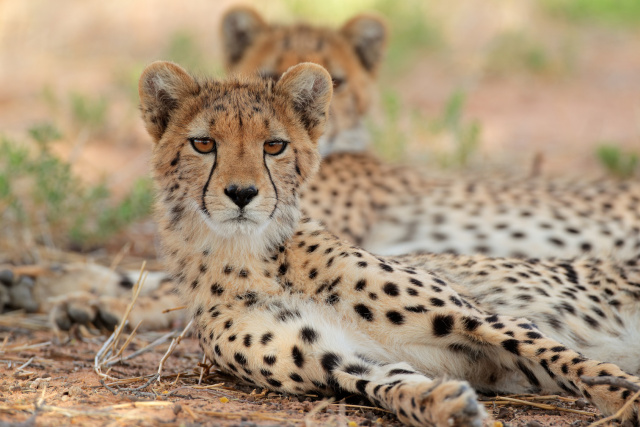 Though her features were strong, she was not unattractive and might have been quite stunning had she taken even a mild interest in clothes. This she did not. There was never lipstick to contrast with her straight black hair, while at the age of thirty-one her dresses showed all the imagination of English blue-stocking adolescents.
So it was quite easy to imagine her the product of an unsatisfied mother who unduly stressed the desirability of professional careers that could save bright girls from marriages to dull men. But this was not the case. Her dedicated austere life could not be thus explained — she was the daughter of a solidly comfortable, erudite banking family.
Clearly Rosy had to go or be put in her place.
Not that at times [we] didn't see some reason for her complaints — King's had two combination rooms, one for men, the other for women, certainly a thing of the past. ….the women's combination room remained dingily pokey whereas money had been spent to make life agreeable for him and his friends when they had their morning coffee.
Unfortunately, Maurice could not see any decent way to give Rosy the boot. To start with, she had been given to think that she had a position for several years. Also there was no denying that she had a good brain. …. The thought could not be avoided that the best home for a feminist was in another person's lab.” 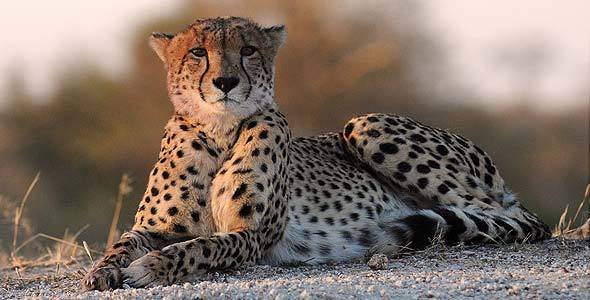 The cheetah is actually listed by the  IUCN Red List as vulnerable, and it suffered a substantial decline in its historic range in the 20th century due to “habitat loss, poaching, illegal pet trade, and conflict with humans”. The irony of this cannot be ignored, as men have poached women’s ideas, denied them an education, and treated them as ‘pets’

Florence was lucky that her family, by dint of its Unitarian heritage, was more disposed to the education of women than society at large was at that time. Of the few women who were able to break the mold early, many came from Unitarian or other dissenter families. Underlying the reluctance to educate women was Victorian society's belief that women were too fragile for difficult mental activity. As late as 1873, Edward C Clark argued in Sex and Education that an overindulgence in matters of the mind would shrivel women's reproductive organs. Such fields of study as mathematics and science were viewed as masculine activities, and the few women who did manage to achieve prominence in these fields had to overcome much bias.  Women of great ability who learned largely on their own or were lucky enough to obtain instruction often used male names or initials when corresponding with established mathematicians.
The Royal Society didn't admit its first woman member until 1945. 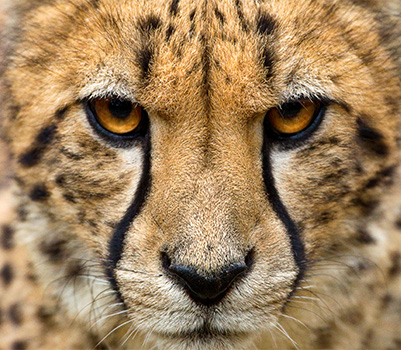 By 2016, the global cheetah population was estimated at approximately 7,100 individuals in the wild.  And indeed despite the apparent ‘tolerance’ of brilliant women by men, you won’t find many men acknowledging women as the source of their ideas and many men [probably subconsciously still in terror of their mothers] are still openly hostile towards women of any intellect.

There is one other eye catching attribute of the Cheetah’s appearance that is also worth exploring.  The cheetah’s head has markings which resemble a chalice.  This is symbolically an indicator of spiritual input – in other words a receiver of considerable wisdom and inspiration.  Above the chalice markings are three lines, representing the sun, moon and stars.  In other words the cheetah is in receipt of wisdom and inspiration from all the Intelligences, including the Ultimate Intelligence. 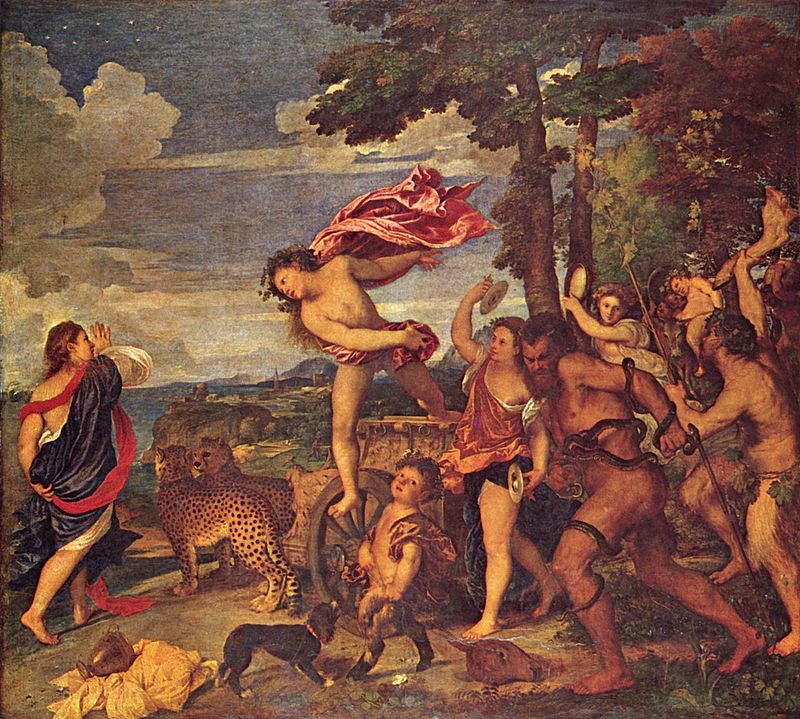 The cheetah has been widely portrayed in a variety of artistic works. In Bacchus and Ariadne, an oil painting by the 16th-century Italian painter Titian, the chariot of the Greek god Dionysus (Bacchus) is depicted as being drawn by two cheetahs.

But it is in the 1896 painting The Caress, [see observations] by the 19th-century Belgian symbolist painter Fernand Khnopff, that we see the symbolism at its most effective and accurate.  The painting portrays a sphinx with a woman's head and a cheetah's body.

The great cats of Africa were highly regarded by the Ancient Egyptians, and the king was often referred to as being as brave and fearless as a lion.  But the cheetah even in Ancient Egypt was a feminine symbol and although the large cats were hunted, cheetahs, were often tamed and kept as pets.  The cheetah's large chest and narrow waist were feminine symbols even in those days. 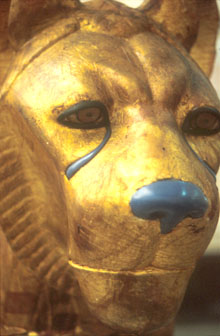 This gilded figure of a cheetah, with the distinctive 'tear' mark, is from one of Tutankhamun's funerary beds.