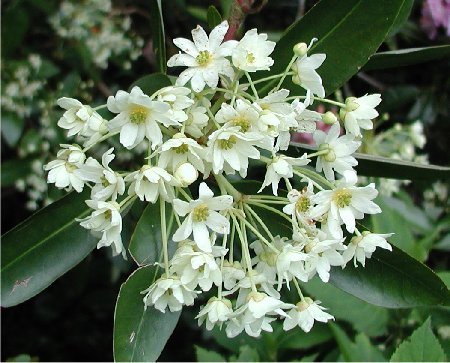 It is native to the Magellanic and Valdivian temperate rain forests of Chile and Argentina, where it is a dominant tree in the coastal evergreen forests.

The bark is grey, thick and soft and is used as a pepper replacement in Argentina and Chile. The peppery compound in canelo is polygodial.  The plant, however, is principally known for its medicinal value.

The leaves are lanceolate, glossy green above, whitish below and can measure up to 20 cm (8 in). The flowers are white with a yellow centre, and comprise a great number of petals and stamens. The fruit is a bluish berry. 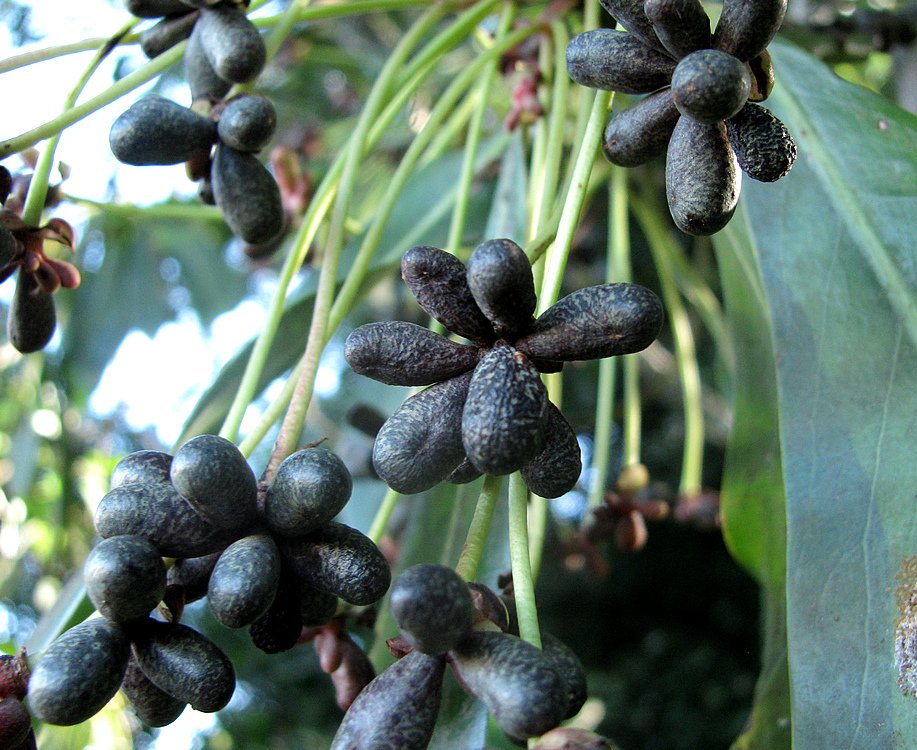 Winter’s bark is cultivated both for its ornamental value and its wood.

Canelo wood is reddish in colour and heavy, with a very beautiful grain. It is used for furniture and music instruments. The wood is not durable outdoors because continuous rainfalls damage it. The wood is not good for making bonfires because it gives off a spicy smoke.

Drimys winteri is grown in cool moist climates as an ornamental plant for its red-brown bark, bright green fragrant leaves and its clusters of creamy white jasmine-scented flowers.

The species grows well in southern Britain, flourishing as far north as Anglesey. Specimens brought from the southern forests of Tierra del Fuego and planted in the Faroe Islands have proven to be especially hardy.  This plant has gained the Royal Horticultural Society's Award of Garden Merit.

It has also been planted in the North Pacific Coast of the United States.

a visitor tasting the leaves of Drimys winteri -  'very peppery!'

When Sir Francis Drake sailed round the world in 1577-80, of the four ships accompanying the Golden Hind at the outset, the only ship that successfully rounded Cape Horn with him was the Elizabeth, captained by John Winter; the two ships separated in a storm and Winter turned back.

Presumably he had sickness on board, for he sent a boat ashore to search out medicinal herbs. He returned in 1579 with a supply of Drimys bark, and for centuries before vitamin C was isolated, "Winter's Bark" was esteemed as a preventive and remedy for scurvy— correctly so, for an infusion of D. winteri sustained Captain James Cook and his crew in the South Pacific, and the naturalist accompanying his voyage of exploration, Johann Reinhold Forster, was the first to officially describe and name D. winteri.