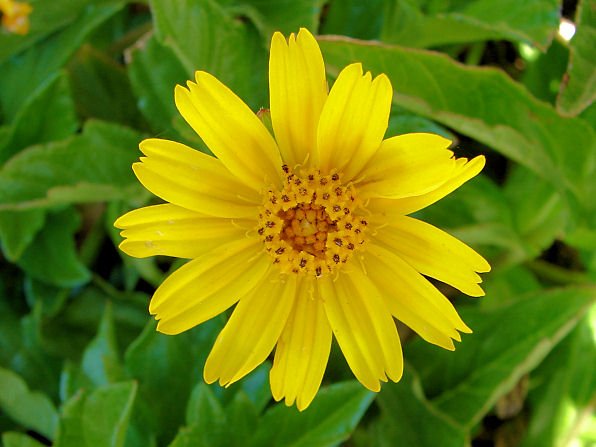 Sphagneticola trilobata, commonly known as the Bay Biscayne creeping-oxeye, Singapore daisy, creeping-oxeye, trailing daisy, or simply wedelia, is a plant in the Heliantheae tribe of the Asteraceae (sunflower) family.

It is native to Mexico, Central America, and the Caribbean, but now grows throughout the Neotropics.

It is widely cultivated as an ornamental groundcover.

Wedelia is a spreading, mat-forming perennial herb up to 30 cm in height. It has rounded stems up to 40cms long, rooting at nodes and with the flowering stems ascending. 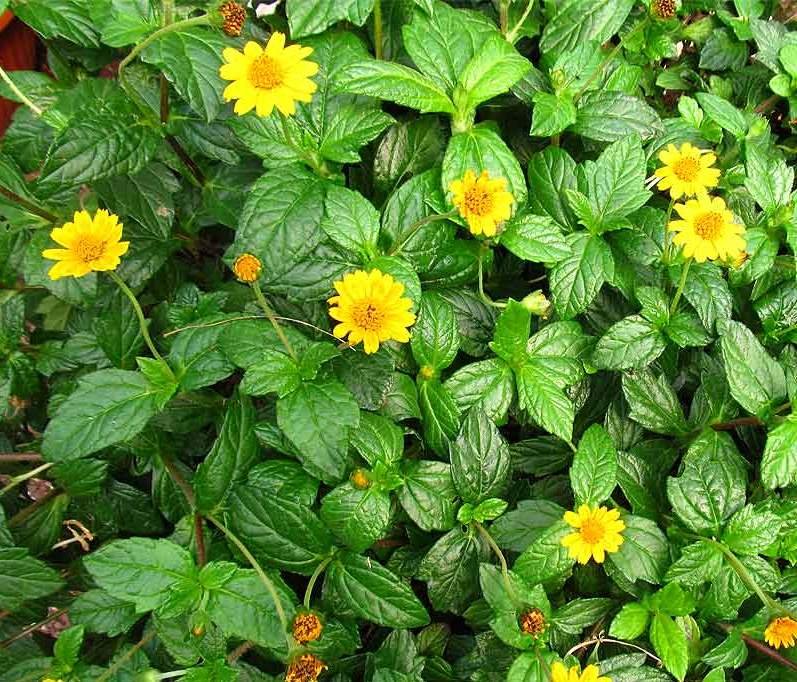 Leaves are fleshy, hairy, 4–9 cm long and 2–5 cm wide, serrate or irregularly toothed, normally with pairs of lateral lobes, and dark green above and lighter green below. Peduncles are 3–10 cm long; involucres are campanulate to hemispherical, about 1 cm high; chaffy bracts are lanceolate, rigid.

The flowers are bright yellow ray florets of about 8-13 per head, rays are 6–15 mm long; disk-corollas 4–5 mm long. The pappus is a crown of short fimbriate scales.

The seeds are tuberculate achenes, 4–5 mm long. Propagation is mostly vegetatively as seeds are usually not fertile. 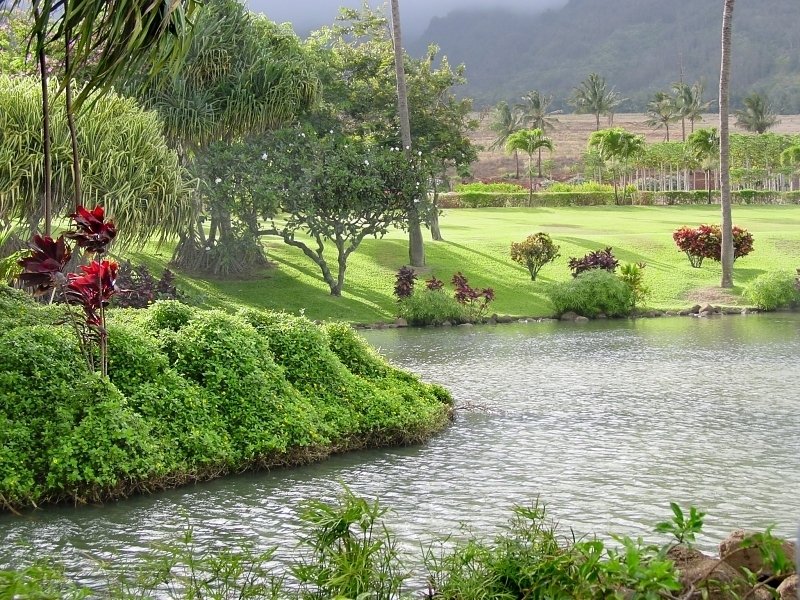 Because it is easy to grow, it has become a garden plant used ornamentally.  Unfortunately in some of the places it has been planted, it has taken over, spreading into surrounding areas by dumping of garden waste. It spreads vegetatively, not by seed, so anywhere it is dumped it will take root in. It rapidly forms a dense ground cover, crowding away and preventing other plant species from regenerating. “This species is widely available as an ornamental and is therefore likely to spread further”.

Sphagneticola trilobata is listed as a consequence in the IUCN's “List of the world's 100 worst invasive species”. And is regarded as a ‘noxious weed’ in agricultural land, along roadsides urban waste places and other disturbed sites. It is also invasive along streams, canals, along the borders of mangrove swamps and in coastal vegetation.

It is widespread as an invasive species on the Pacific Islands, Hong Kong, South Africa, Australia, Indonesia, and Sri Lanka.

There is an irony to this as Wedelia is an important medicinal plant to some people and using the theory that plants go where they are needed, it looks like this plant is simply following orders!

Dr Duke's analysis finds no activity in the chemicals he has been able to identify [so far], but this does not mean there is no activity.

We have included an observation that shows that the plant is used in rural Dominica to treat dysmenorrhea and delayed menses. It is the only remedy reported for menorrhagia.  Sphagneticola trilobata has analgesic, anti-nociceptive, and anti-inflammatory properties. Additionally, it also has wound healing, anti-stress, and sedative properties. 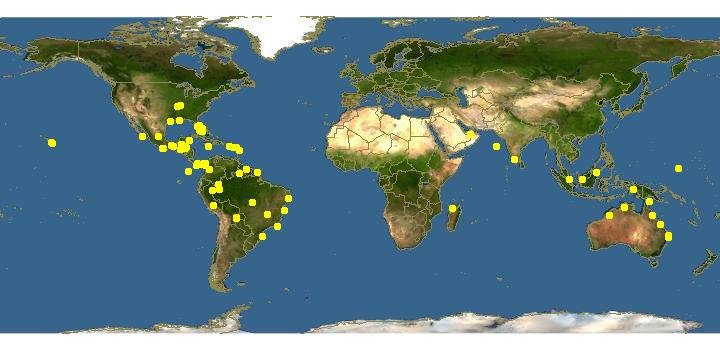