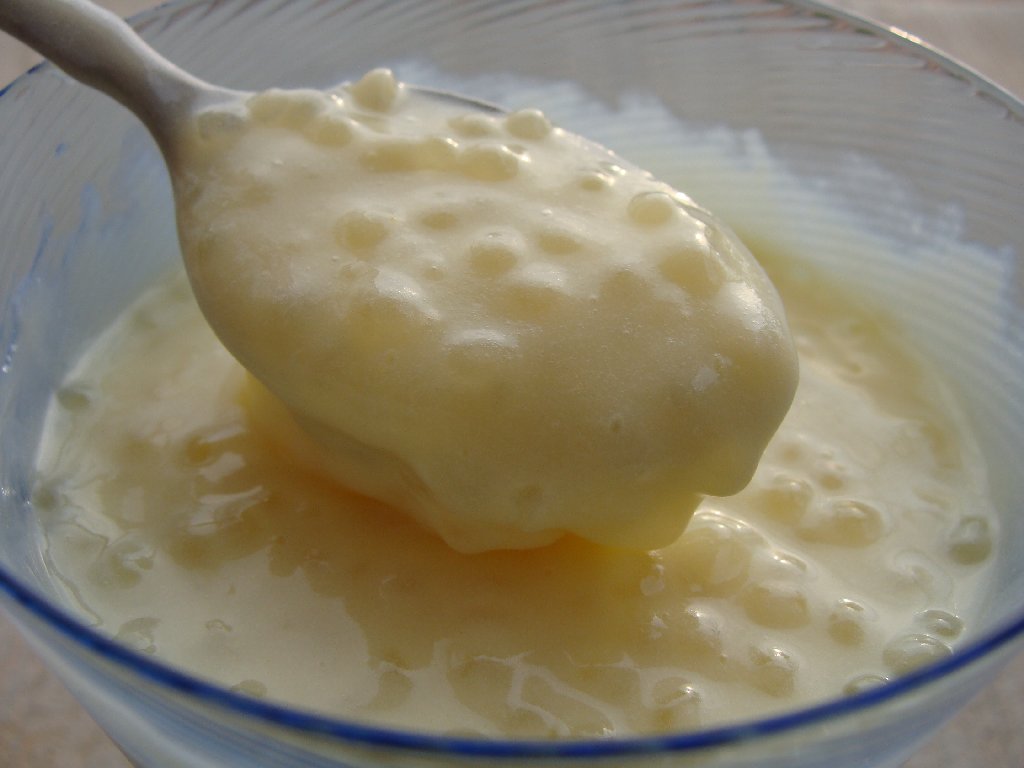 Tapioca pudding made with milk or cream, a staple winter food for 1950s
children in the UK

Tapioca  is a starch extracted from cassava root (Manihot esculenta). This species is native to the North Region of Brazil, but spread throughout the South American continent. The plant was carried by Portuguese and Spanish explorers to most of the West Indies, and continents of Africa and Asia, including the Philippines and Taiwan. It is now cultivated worldwide.

A staple food in many world regions, tapioca is used as a thickening agent in various foods.

In Brazil, cassava is called mandioca or aipim while its starch is called tapioca, a word derived from the word tipi'óka, its name in the Tupí language spoken by natives when the Portuguese first arrived in the Northeast Region of Brazil. This Tupí word refers to the process by which the cassava starch is made edible