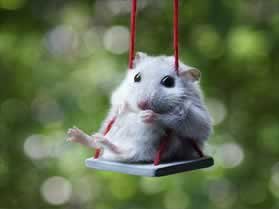 Rocking, swinging and swaying are all movements that involve a rolling movement backwards and forwards or from side to side.  The movement tends to act as a relaxing aid, as such it is a contributory activity helping to put our mind in a state of ‘tick-over’.

Many young children and particularly autistic children body rock because it gives them comfort.  It reminds them of when they were in the womb being rocked backwards and forwards in a gentle swaying motion.  Thus one of the mechanisms by which this works is comfort – a reminder of a time when there were no Threats and the world was a safe place.

Medical Gazette of February 24, 1838,
….... examples are found in the soothing influence of a body seen slowly vibrating, or of a distant calm scene, or the motions of the waves, or of quivering leaves ; or in impressions on the sense of learning by the sound of a waterfall, the rippling of billows, the humming of insects, the low howling of the winds, the voice of a dull reader ; or on the nerves of common sensation by gentle friction of the temple or eyebrow, or any sensitive part of the body ; the rocking of a cradle ; any slow and regular motion of the limbs or trunk ; all these instances show that the effect of monotonous impressions on the senses is to produce, in most persons, tranquillity, or drowsiness, …...and ultimately sleep. 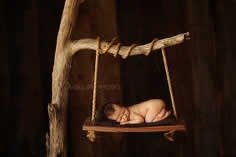 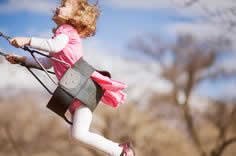 Prolonged movement of this sort is recognised in the numerous allusions in nursery rhymes, myths, legends and symbolism.  For more details see the entries on the  crib or cradle  and also see Rocking horse.  It is worth adding that the symbolism is not straightforward here, as it also combines with that of the boat or ark and the symbolism of suspension.

Further confusion can be caused because one of the sensations that accompanies an out of body experience is that of a rocking or swinging motion, - see separation methods - as if the spirit was trying to separate itself from the physical body.  But this same motion can help the process so this technique is working at a lot of levels here [for an example see observation 001559 – Swinging]. 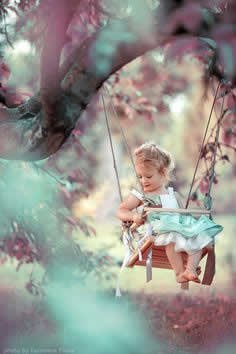 Whilst doing this don’t try to keep your eyes glued to a single focus, let the scene in front of you sweep across your line of vision. THIS IS KEY.

Examples of ways which could be used to achieve this include

This is closer to what is needed…………..  see the following

One technique used in certain yoga and meditation classes is called the ‘swaying technique’.

Physically - This works in part by Reverse REM

This is why it was so important to make sure the eyes did not focus on one spot.  You are in effect inducing a mild form of voluntary nystagmus! 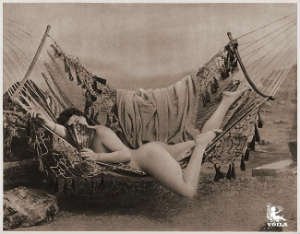 Functionally - It may be helpful here to refer to the Model of the Mind and to have read the generic description of How spiritual experience works.

Functionally, the mechanism at work is that produced by Threat reduction.  As you are generally lying down or relaxed, [although I have added the yoga technique I do not think it is as effective as the other techniques] the body can be relaxed and the rocking motion reminds us of when we were a baby in the womb, safe and secure.  It triggers forgotten memories of safety.  As you can see, the more womb like and cosy warm and safe the rocking machine the better.

Rocking and swaying thus still the Emotions, we become calm and the Emotions are suppressed. 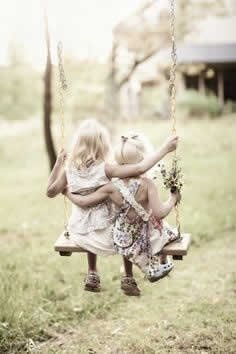 Furthermore the movement has a suppressing effect on the intellect, there is both nothing to learn and nothing to reason about, so as long as we don’t try to read whilst we attempt this, the mind can relax too.

So rocking and swaying works on a number of levels – it stills the 5 senses, stills the reasoning function, stills the learning system, and stills the emotions.

And once all these have been stilled, the Will has nothing to do, so it relaxes and the Composer can take over and we have our experience. 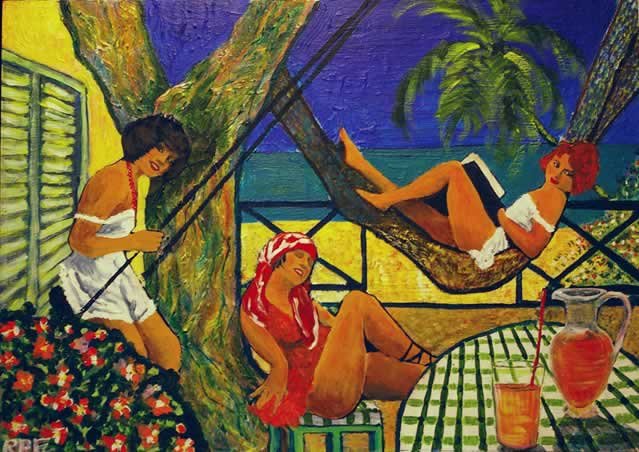 Blithe spirit – The Hammock,  the Swing and the Sway; Earth, Water, Air

I have deliberately picked out some examples where there is symbolic and guarded reference to the approach as well as some more straightforward examples.  The more abstruse examples also contain considerable symbolism, where the swing and suspension also alludes to the swinging backwards and forwards between the spiritual world and the physical world.