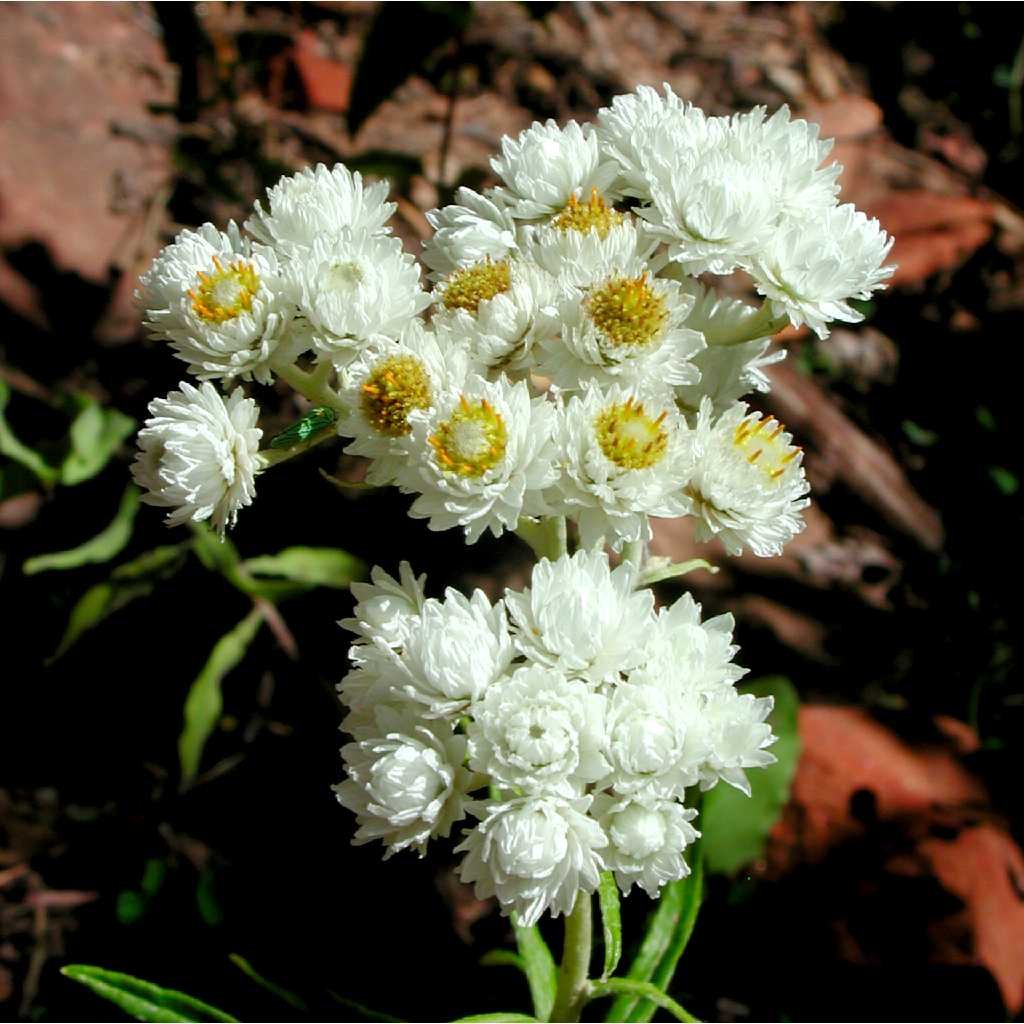 Anaphalis margaritacea, is an Asian and North American species, widespread across most of the United States and Canada, as well as northwestern Mexico. Asian populations are found in China, the Russian Far East, Japan, Korea, northern Indochina, and the Himalayas. The species is reportedly naturalized in Europe though not native there.

Anaphalis margaritacea grows erect up to about 1.2 meters and has narrow, alternate leaves. One salient feature is that the undersides of the leaves are covered in tiny hairs, giving them a woolly feel and appearance. The stems are dry and brittle. The small whitish to yellowish flower grows in a corymb inflorescence. The inflorescence's most conspicuous part is the numerous white bracts that surround the disc florets.

The plant is dioecious, meaning the pollen-producing (male) and seed-producing (female) flowers are borne on separate plants. It prefers dry, sunny climates, although it is hardy to temperatures well below freezing. The leaves and young plants are according to Wikipedia “edible when cooked”.

Anaphalis margaritacea has not been extensively analysed for medicinal activity and Dr Duke’s analysis which can be obtained from his site, had only seven chemicals listed when this page was written.   It is worth noting that the vast majority of this plant’s activity was obtained from the presence of Tannin.  The other activities relate to pesticide and nematicide activity.

Tannin is a chelator and a chelator of many toxic substances, as such this plant has the potential to be an exceptionally pretty bioremedial plant. 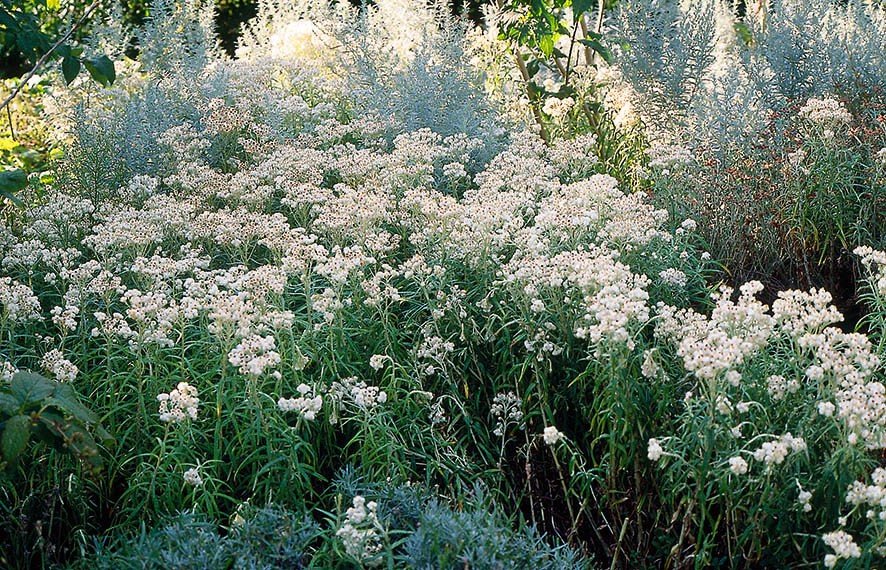