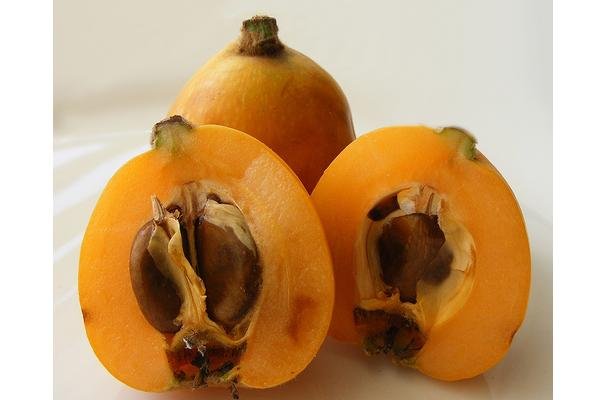 The loquat (Eriobotrya japonica) is a species of flowering plant in the family Rosaceae, it is grown commercially for its yellow fruit, and also cultivated as an ornamental plant in semi-tropical climates.   In temperate climates it is grown as an ornamental with winter protection, as the fruits seldom ripen to an edible state. In the United Kingdom, it has gained the Royal Horticultural Society's Award of Garden Merit.

Eriobotrya japonica was formerly thought to be closely related to the genus Mespilus, and is still sometimes known as the Japanese medlar. It is also known as Japanese plum and Chinese plum, as well as the P'I P'A in China. 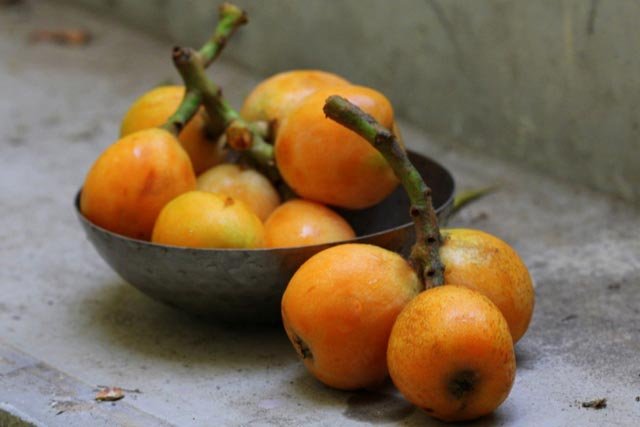 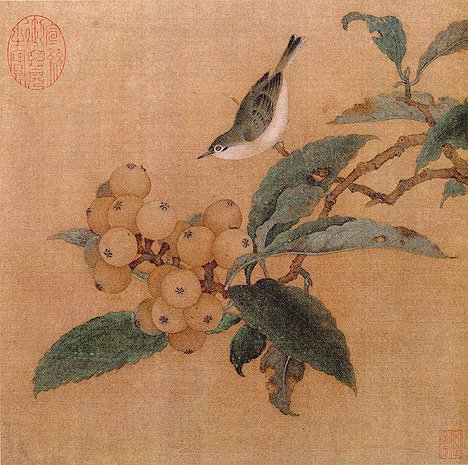 The loquat is originally from China (the Chinese name is P'I P'A) where related species can be found growing in the wild.  The loquat was often mentioned in ancient Chinese literature, such as the poems of Li Bai.

It was introduced into Japan and became naturalised there in very early times; it has been cultivated in Japan for about 1,000 years and presumably the fruits and seeds were brought back from China to Japan by the many Japanese scholars visiting and studying in China during the Tang Dynasty.

In the highland parts of Central America, the loquat has become naturalized, and is often found growing wild in areas that have been disturbed but abandoned, its seeds having been dispersed by birds. Below 1000 meters, the fruit remains inedible for its high acidity, but above it, the wild fruit is appreciated and much harvested for its sweet, fruity flavour.  It is occasionally planted for living fenceposts, as the tree is long-lived, not much subject to disease, and the wood is hard and durable. 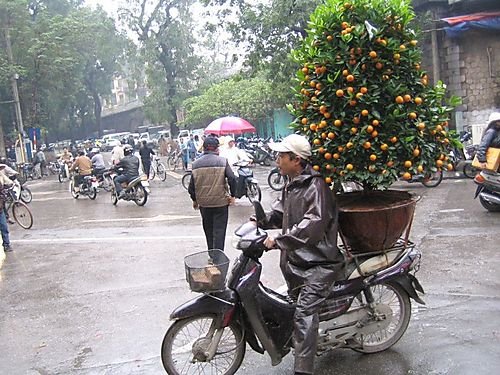 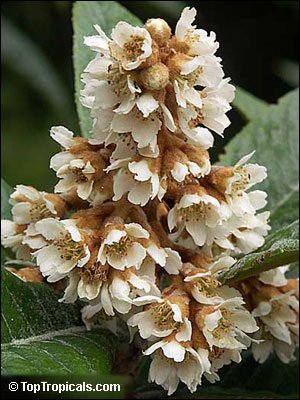 Eriobotrya japonica is a large evergreen shrub or small tree, with a rounded crown, short trunk and woolly new twigs. The tree can grow to 5–10 metres (16–33 ft) tall, but is often smaller, about 3–4 metres (10–13 ft).

The leaves are alternate, simple, 10–25 centimetres (4–10 in) long, dark green, tough and leathery in texture, with a serrated margin, and densely velvety-hairy below with thick yellow-brown pubescence; the young leaves are also densely pubescent above, but this soon rubs off.

Loquats are unusual among fruit trees in that the flowers appear in the autumn or early winter, and the fruits are ripe at any time from early spring to early summer.  The flowers are 2 cm (1 in) in diameter, white, with five petals, and produced in stiff panicles of three to ten flowers. The flowers have a sweet, heady aroma that can be smelled from a distance.

Loquat fruits, growing in clusters, are oval, rounded or pear-shaped, 3–5 centimetres (1–2 in) long, with a smooth or downy, yellow or orange, sometimes red-blushed skin. The succulent, tangy flesh is white, yellow or orange and sweet to subacid or acid, depending on the cultivar.

Each fruit contains from one to ten ovules, with three to five being most common. A variable number of the ovules mature into large brown seeds. The skin, though thin, can be peeled off manually if the fruit is ripe. In Egypt varieties with sweeter fruits and fewer seeds are often grafted on inferior quality specimens.

The fruits are the sweetest when soft and orange. The flavour is a mixture of peach, citrus and mild mango. 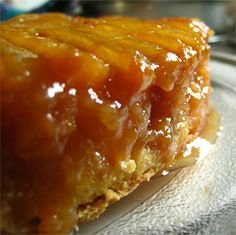 Over 800 loquat cultivars exist in Asia.  The loquat is easy to grow in subtropical to mild temperate climates where it is often primarily grown as an ornamental plant, especially for its sweet-scented flowers, and secondarily for its delicious fruit. The boldly textured foliage adds a tropical look to gardens, contrasting well with many other plants. It is popular in the American South as an ornamental plant for its blossoms, though winter frosts rarely allow the flowers to survive and bear fruit the following spring.

Japan is the leading producer of loquats followed by Israel and then Brazil. 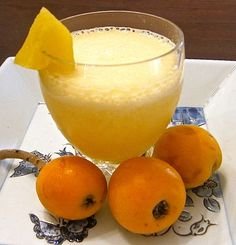 Loquat syrup is used in Chinese medicine for soothing the throat and is a popular ingredient for cough drops.  The leaves, combined with other ingredients and known as pipa gao (枇杷膏; pinyin: pípágāo; literally "loquat paste"), it acts as a demulcent and an expectorant, as well as to soothe the digestive and respiratory systems.
In Japan, loquat leaves are dried to make a mild beverage known as biwa cha by brewing them using the traditional Japanese senjiru method. Biwa cha is held to beautify skin and heal inflammatory skin conditions such as psoriasis and eczema and to heal chronic respiratory conditions such as bronchitis.

If we go to Dr Duke’s phytochemical database and look at the activity for loquats, we can see that much of the healing activity is indeed in the leaves.  This does not mean the fruits are without merit, but the leaves are more medicinal.

If we have a look at Dr Duke’s list of ethnobotanical uses we find the following: 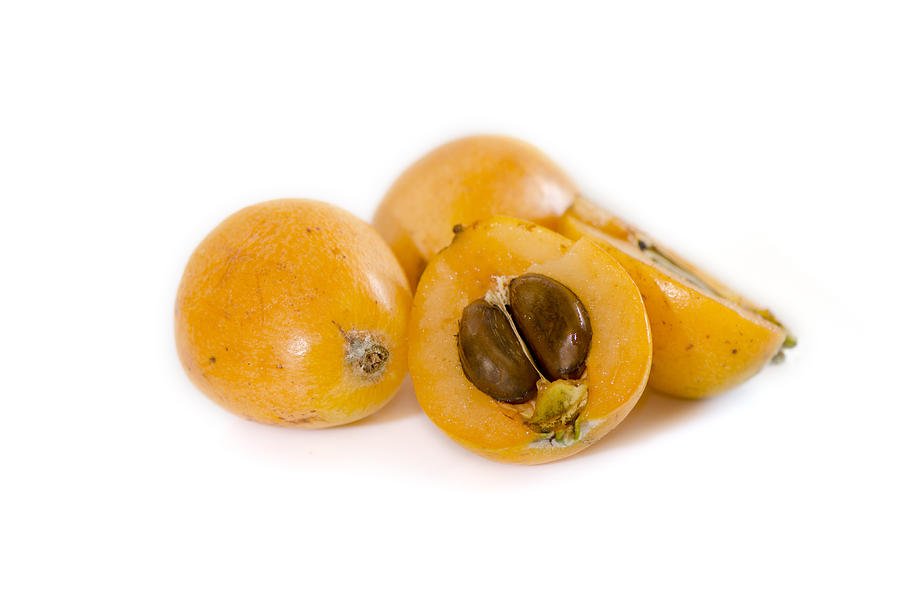 The table below shows the approximate vitamin and mineral content of loquats, although one should bear in mind that this will depend a great deal upon the conditions in which they were grown.  The table comes from the USDA Nutrients database.  What it does not show is that the plant as a whole has quercetin in it, and the fruit has salicylates, which according to Newall, C. A., Anderson, L. A. and Phillipson, J. D.s 1996. Herbal Medicine - A Guide for Health-care Professionals. [The Pharmaceutical Press, London] have Antiaggregant, Antiinflammatory , Antipyretic, Antiuricosuric , and Uricosuric activity. 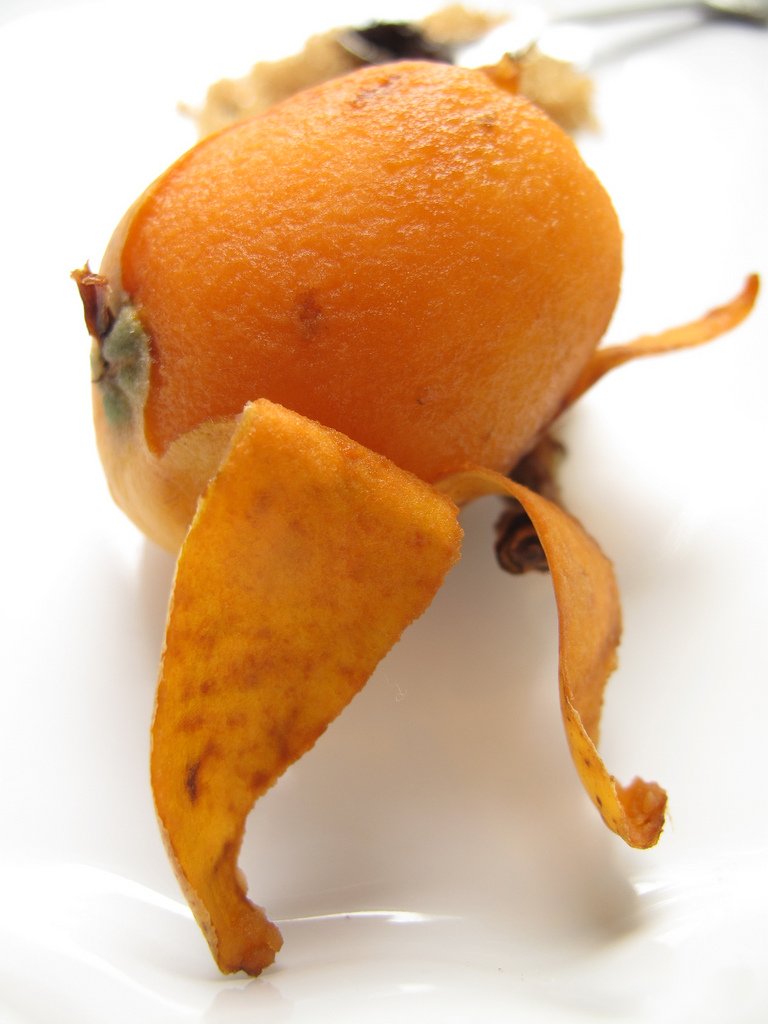 Loquats are often best skinned, although it depends on the variety and what you are going to do with them whether you do or not.

In some varieties the skins are quite tough, and some also have a slightly hairy texture like a peach, which means the skin is better removed.

The pips have to be removed.  The seeds (pips) of the plant are slightly poisonous, containing small amounts of cyanogenic glycosides (including amygdalin) which release cyanide when digested, though the low concentration and bitter flavour normally prevent enough being eaten to cause harm

Jams, jellies, preserves - The loquat has a high sugar, acid, and pectin content, which means it makes good jams, jellies and preserves. 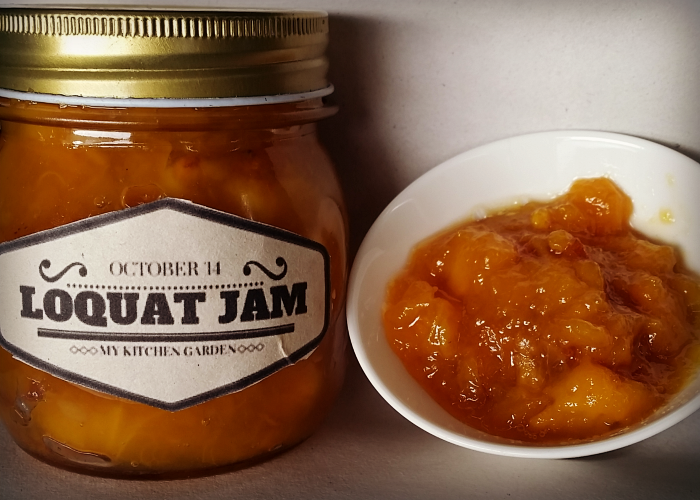 Fresh - The fruit can be eaten fresh.

Poached - The fruit is exceptionally nice if very lightly poached in light syrup and served with double cream or ice cream [home made of course]. Firm, slightly immature fruits are best poached.

Wine - Loquats can also be used to make light wine. It is fermented into a fruit wine.

Liqueurs - In Italy nespolino liqueur is made from the seeds, reminiscent of nocino and amaretto, both prepared from nuts and apricot kernels. The drinks are prepared from varieties that contain only small quantities of cyanogenic glycosides (such as Mogi and Tanaka), so there is no risk of cyanide poisoning. 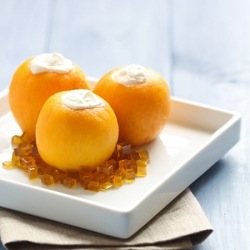 Lightly poached loquats stuffed with goats cheese, or cottage cheese, or a soft herbal cheese with just a drizzle of honey.