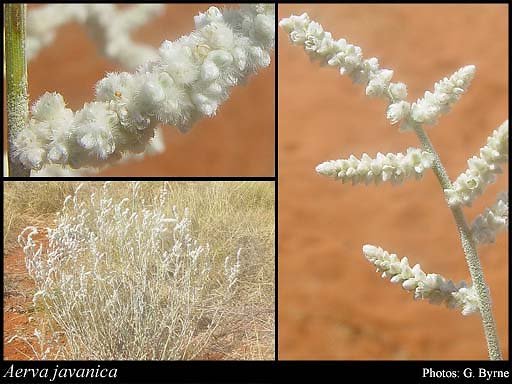 Aerva javanica (Hindi: बुई), the kapok bush or desert cotton, is a species of plant in the Amaranthaceae family.

This herb is deep rooted, and is used as soil binder in desert reclamation. It is used for fuel and for fodder for goats and is used medicinally.  The thick, white inflorescences have traditionally been harvested in Arabia for stuffing cushions and saddle pads. Today, the soft fibres are still used as kapok for pillows.  Synonyms include: 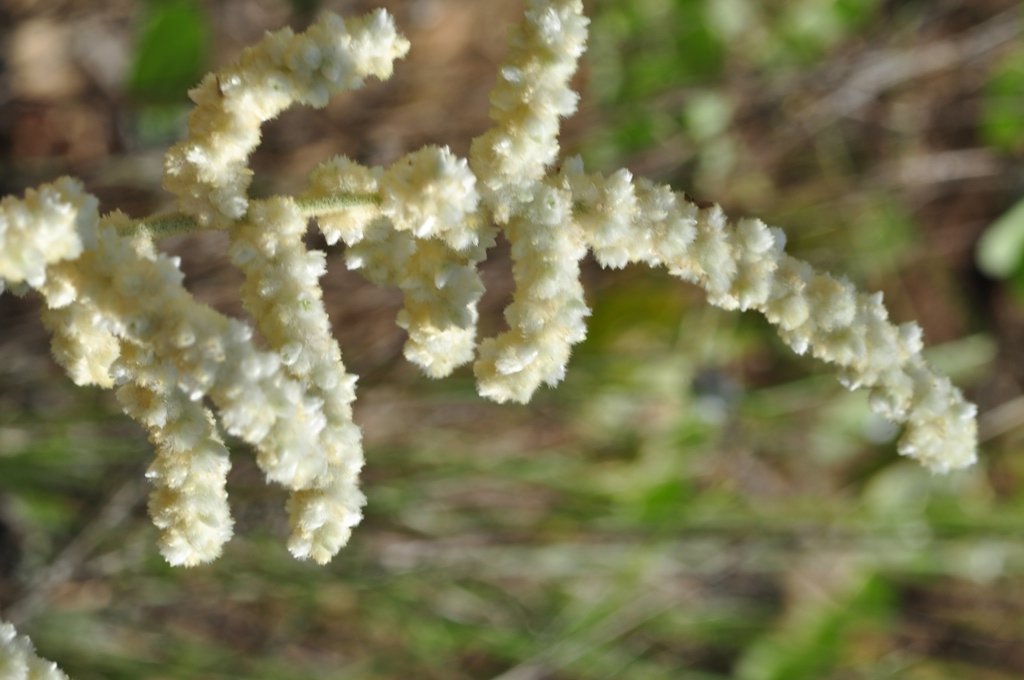 It has a native distribution incorporating much of Africa (including Madagascar), and the south-west and south of Asia.  The plant has also naturalised in northern regions of Australia, as an alien introduction, and is cultivated and utilised by the indigenous peoples. It is called Bilhangga in the languages of the Yindjibarndi and Ngarluma people, the English term is Kapok Bush.

The plant is herbaceous, multi-stemmed and soft-wooded and bears broad leaves; it often has an erect habit and grows to a height of about 1.6 metres (5 ft 3 in). In Western Australia it tends to grow in sandy soils especially along drainage lines. It flowers between January and October. Diplospory, a type of Agamospermy, occurs during the development of female gametophyte in the ovule and hence reduction division does not take place in the Megaspore mother cell. The diploid egg is unfertilized and forms the embryo. Hence daughter plants are exactly clones of the mother.

In traditional medicine this plant has many uses. It is used externally to remove swelling, relieve inflammation and promote healing of wounds and ulcers. The flowers and roots are used to alleviate kidney problems and rheumatism and the seeds are believed to cure headaches. A gargle is made from the plant to treat toothache.

As will be seen from the observations the main reason it is a useful plant medicinally is because it is a natural anti-bacterial. 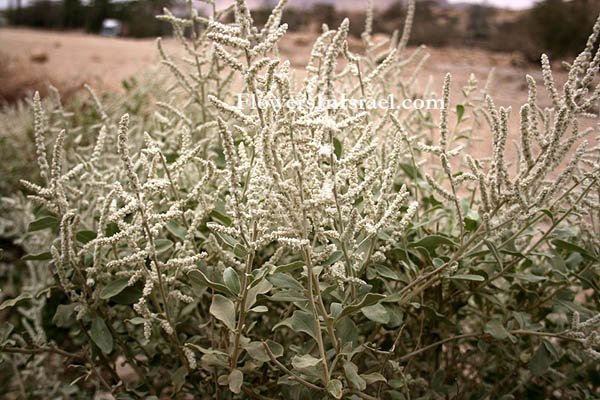