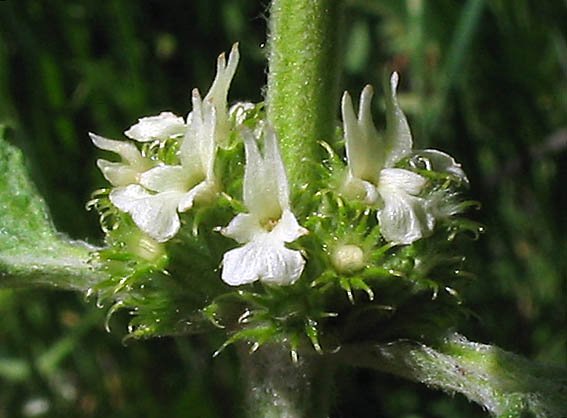 Marrubium vulgare (white horehound or common horehound) is a flowering plant in the family Lamiaceae, native to Europe, northern Africa, and southwestern and central Asia. It is also widely naturalized in many places, including most of North and South America.

The Oxford English Dictionary derives the word from two Old English forms: "hoar" ("white," "light-colored," as in "hoarfrost") and "hune" a word of unknown origin designating a class of herbs or plants. The second element was altered by folk etymology. 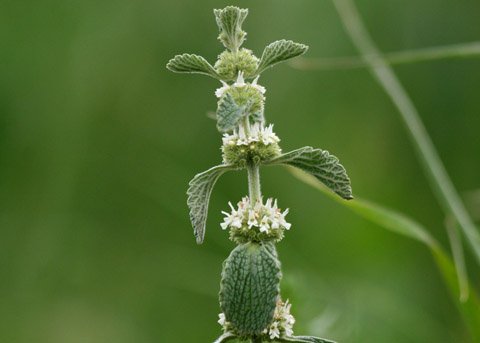 Horehound is a grey-leaved herbaceous perennial plant, somewhat resembling mint in appearance, and grows to 25–45 centimetres (10–18 in) tall.

The flowers are white, borne in clusters on the upper part of the main stem.

Horehound has been mentioned in conjunction with medicinal use dating at least back to the 1st century BC, where it appeared as a remedy for respiratory ailments in the treatise De Medicina by Roman encyclopaedist Aulus Cornelius Celsus.  The Roman agricultural writer Columella lists it as a remedy for expelling worms in farm animals in his important first-century work On Agriculture. Since then, horehound has appeared for similar purposes in numerous herbals over the centuries, such as The Herball, or, Generall historie of plantes by John Gerard, and Every Man His Own Doctor: or, The Poor Planter’s Physician by Dr. John Tennent. 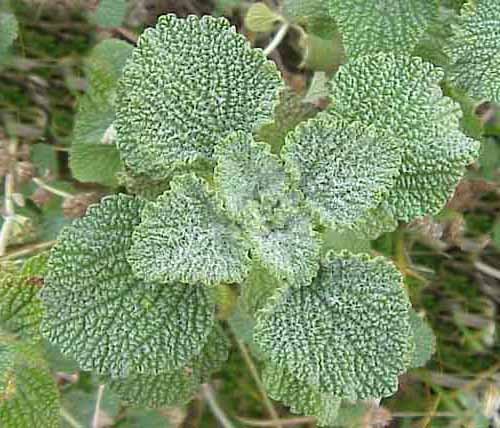 According to John Gower in Book 7 of the Confessio Amantis, this plant was “the herb of the fourth star of Nectanabus' astrology, Capella”. Gower uses the older name, Alhaiot (VII:1338).

Several modern scientific studies have also  been conducted on the usefulness of horehound. For example, a 2011 study concluded that the essential oil of M. vulgare contains potent antimicrobial and anticancer properties, while a 2012 study found marrubiin, one of the primary active compounds found in horehound, to possess "antidiabetic, anti-atherogenic and anti-inflammatory properties".

Horehound is used to make hard lozenge candies that are considered by folk medicine to aid digestion, soothe sore throats, and relieve inflammation.    It is also used in beverages, such as horehound beer, steeped as tea (similar to the Maghrebi mint tea), and in the rock and rye cocktail.. Marrubium vulgare is also used as a natural grasshopper repellent in agriculture. 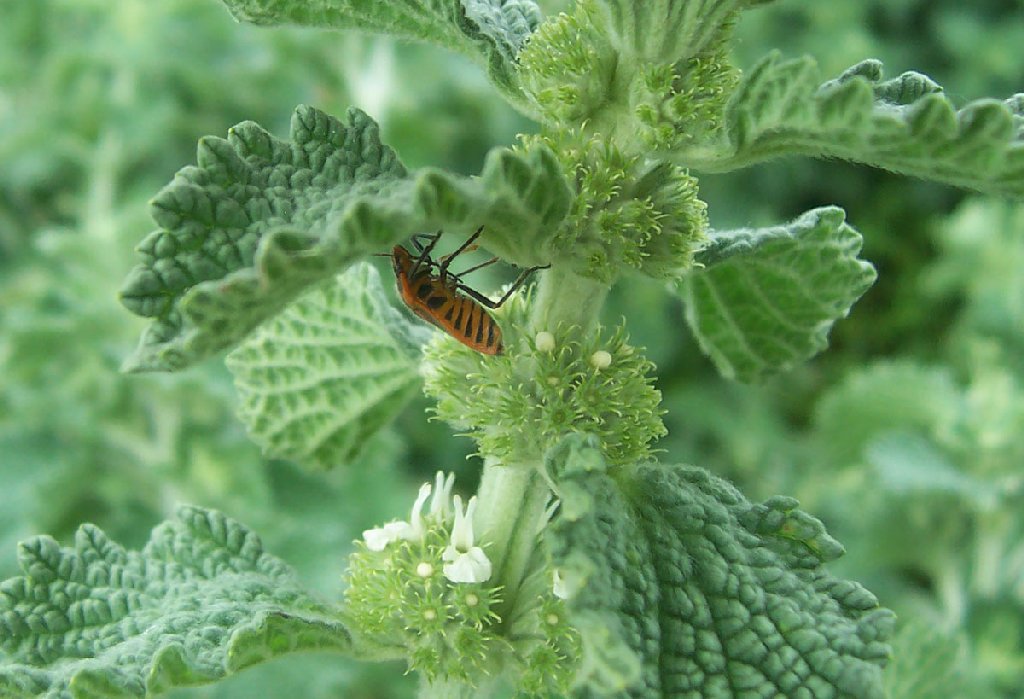 Horehound was introduced to southern Australia in the 19th century as a medicinal herb. It became a weed of native grasslands and pastures where it was introduced with settlers’ livestock, and was first declared under noxious weeds legislation.

It occupies disturbed or overgrazed ground, and is helped by grazing because it is highly unpalatable to livestock. Thus whilst the livestock may graze the grass until it is almost gone, Horehound perists and is thus able to spread to the bared soil.

The observations describe its medicinal uses and the analysis of the plant by Dr Duke. 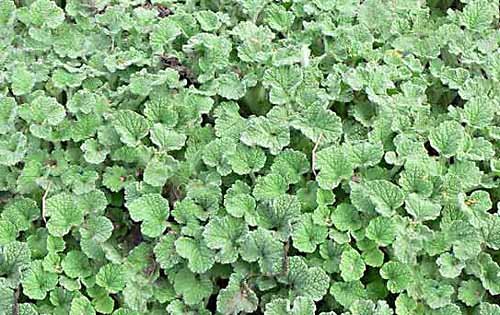