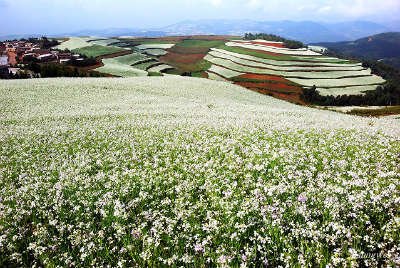 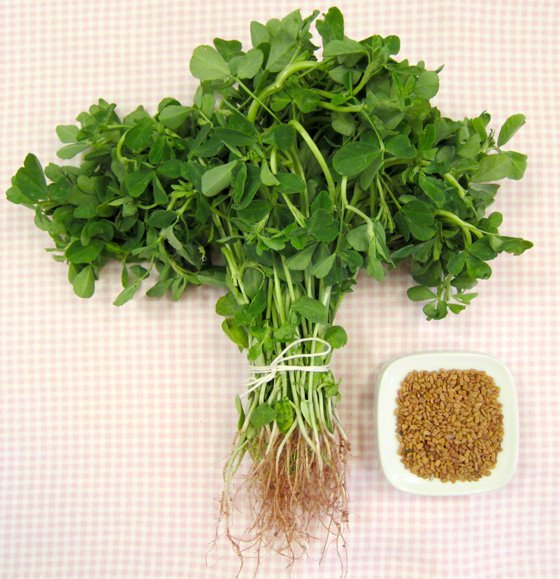 The seeds of cultivated fenugreek are a common ingredient in many Middle eastern and Far eastern dishes.  Both leaves and seeds can be eaten, but it is perhaps best known for its seeds.   The seeds are usually roasted and ground and used in spicy dishes. The leaves from the plant can be used in salads, or in cooked dishes.  The seeds have a tangy, bitter, burnt-sugar flavour.

Nearly all cattle like the flavour of Fenugreek in their forage and the name comes from Foenum-graecum, meaning Greek Hay.

Fenugreek is an erect annual herb, growing about 2 feet high, similar in habit to Lucerne. The seeds are brownish, about 1/8 inch long, oblong, rhomboidal, with a deep furrow dividing them into two unequal lobes. They are contained, ten to twenty together, in long, narrow, sickle-like pods.

The name of the genus, Trigonella, is derived from the old Greek name, denoting 'three-angled,' from the form of its corolla. 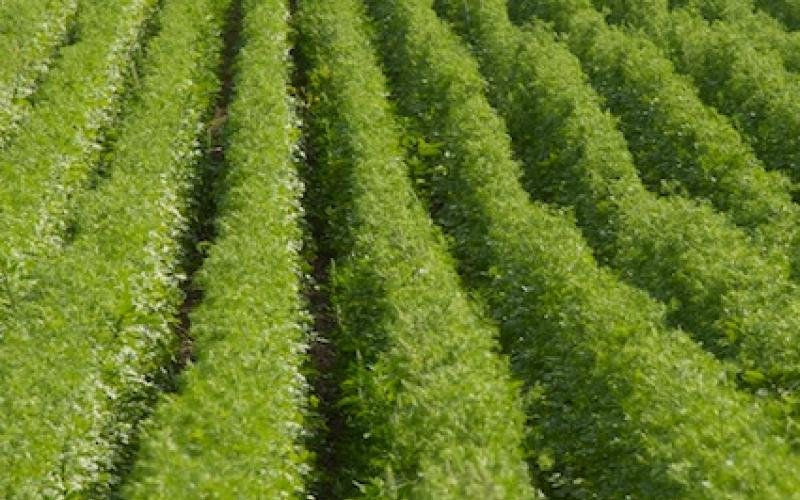 Fenugreek is believed to have been brought into cultivation in the Near East, but it is now grown commercially world-wide as a semiarid crop.   Major fenugreek-producing countries are Afghanistan, Pakistan, India, Iran, Nepal, Bangladesh, Argentina, Egypt, France, Spain, Turkey, and Morocco. The largest producer is India, where the major producing states are Rajasthan, Gujarat, Uttarakhand, Uttar Pradesh, Madhya Pradesh, Maharashtra, Haryana, and Punjab. Rajasthan accounts for over 80% of India's output.

In Maharashtra, especially in and around Mumbai, it is often grown near the sea in the sandy tracts, hence the name samudra, "ocean" in Sanskrit.  Samudra methi is also grown in dry river beds in the Gangetic plains. When sold as a vegetable in India, the young plants are harvested with their roots still attached and sold in small bundles in the markets and bazaars. 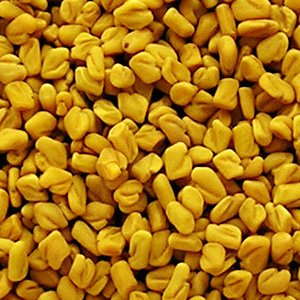 The seeds of Fenugreek have been used medicinally all through the ages and were held in high repute among the Egyptians, Greeks and Romans for medicinal and culinary purposes.  Charred fenugreek seeds have been recovered from Tell Halal, Iraq, (carbon dated to 4000 BC) and Bronze Age levels of Lachish and desiccated seeds from the tomb of Tutankhamen. Cato the Elder lists fenugreek with clover and vetch as crops grown to feed cattle. In the 1st century CE, in Galilee, it was grown as a food staple, as Josephus mentions it in his book, the Wars of the Jews. A compendium of Jewish oral law known as the Mishnah (compiled in the 2nd century) mentions the plant under its Hebrew name, tiltan.

Methi is fairly easy to grow from seed and ready to harvest in as little as 30 days. It can be grown as a succession crop in warmer climes and will thus be available much of the year. The advantage of growing your own is that it is fresh and crisp and tasty, once picked methi goes ‘off’ fairly quickly.  It can also be frozen and thus provides a useful staple in the winter months. Methi is semi-cold hardy so light frost doesn’t kill it.  Methi develops it’s trademark bitter pungent taste in warmer, hot weather. Methi grown in spring and autumn has a milder taste.

Soak the seeds in tap water for 12-24 hours.  Prepare the ground by working the soil, adding some compost. Methi can be planted in containers as well. Methi seeds are seeded densely (not in rows). Scatter the pre-soaked methi seeds in the desired growing area and watch them grow!

Like all seeds, fenugreek seeds are best bought little and often.  They go stale and lose their volatile oils over time.   You'll get more flavour out of fenugreek seeds by grinding or dry frying them. To dry fry, heat up a pan, tip in the seeds and, over a medium heat, brown for a couple of minutes, tossing them around the pan frequently. As the seed's so hard, they're difficult to grind by hand so you will need a grinder.

Fenugreek seeds and leaves are a fundamental part of Middle and Far Eastern cooking an ingredient in many a meal.  Aish Merahrah, for example, is an Egyptian flat bread made with 5 -10% ground fenugreek seeds and maize. It is part of the traditional diet of the Egyptian countryside, prepared locally in village homes in Upper Egypt. Aish Merahrah is similar to markouk, a Lebanese bread. The loaves are flat and wide, and usually about 50 cm in diameter.

In Turkish cuisine, fenugreek is used for making a paste known as çemen. Cumin, black pepper, and other spices are added into it, especially to make pastırma.

In Persian cuisine, fenugreek leaves are called شنبلیله (shanbalile). They are the key ingredient and one of several greens incorporated into ghormeh sabzi and eshkeneh, often said to be the Iranian national dishes.

But western cooking incorporates very little fenugreek and given its medicinal uses this is something of a tragedy.  Although a search via Google will produce a number of recipes using fenugreek, we decided to go overboard and include more examples than we normally do to show how delicious and versatile this plant and its seeds is. 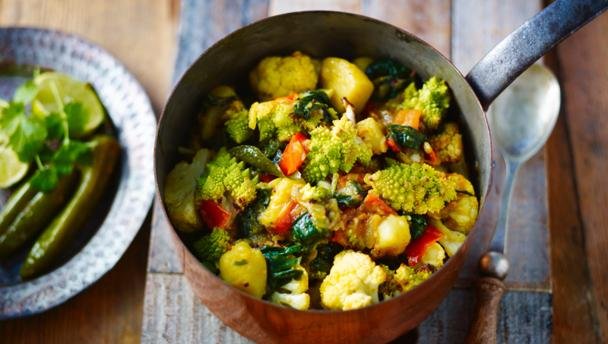 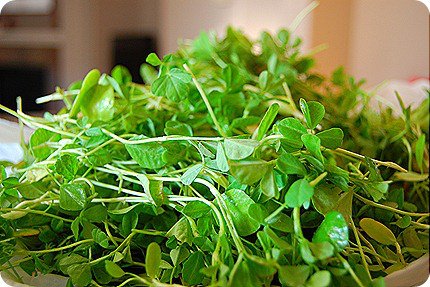 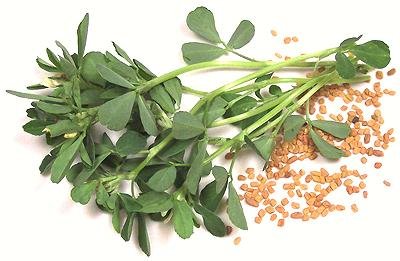 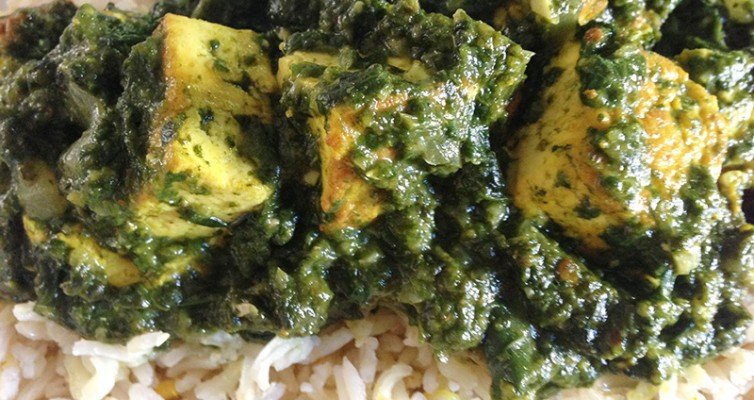