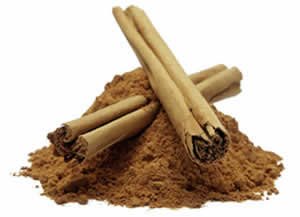 Cinnamon is a spice obtained from the inner bark of several trees from the genus Cinnamomum that is used in both sweet and savoury foods. Cinnamon trees are native to South East Asia.  Medicinally each tree does have slightly different properties, as such one does need to know the specific plant and its constituent make-up to be able to heal, but in the culinary sense the varieties can be used interchangeably. Examples include:

It can be used in desserts, and curries as well as other savoury dishes where it adds a warm pleasant flavour to foods. It goes well with apple.

And at moderate doses it has healing properties particularly it seems for diabetes. 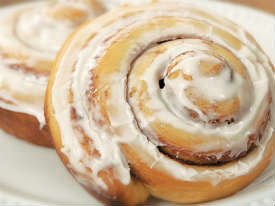 Cinnamon consumed in its natural state has health benefits, but at overdose levels it is dangerous. The so called ‘health industry’ have started to produce cinnamon ‘supplements’ which are highly concentrated extracts of cinnamon that supposedly have health benefits. This is one area where the dangers lie.

The table below shows some of the mineral and vitamin content of cinnamon.

Cinnamon bark is widely used as a spice in both sweet and savoury dishes.

It is used in the preparation of some chocolate, especially in Mexico, which is the main importer of cinnamon. It is also used in many dessert recipes, such as apple pie, doughnuts, and cinnamon buns as well as spicy candies, coffee, tea, hot cocoa, and liqueurs.

In the Middle East, it is often used in savoury dishes of chicken and lamb. Cinnamon can also be used in pickling. Cinnamon has long been an important spice in Persian cuisine, used in a variety of thick soups, drinks, and meals. The cuisine of the northern part of India in Kashmir, for example, uses cinnamon and yogurt extensively in dishes which tend to be much milder with less use of chillis.

It is used in sambar powder or BisiBelebath powder in Karnataka, which gives it a rich aroma and unique taste. It is also used in Turkish cuisine for both sweet and savoury dishes.