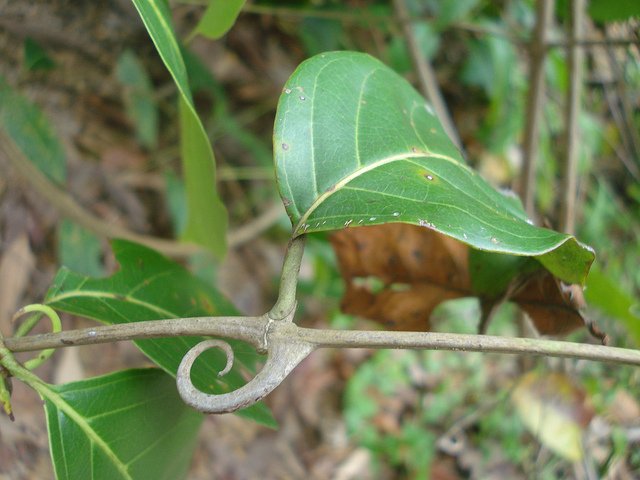 Uncaria tomentosa is a woody vine found in the tropical jungles of South and Central America. In several languages it is known as cat's claw because of its claw-shaped thorns (English cat's claw, although that name is also used for other plants; Spanish uña de gato).

It is also known as vilcacora; Polish journalist Roman Warszewski claims the invention of the latter name by combining the qechua words 'vilca' + 'cora'.

It is used in herbalism for a variety of ailments.