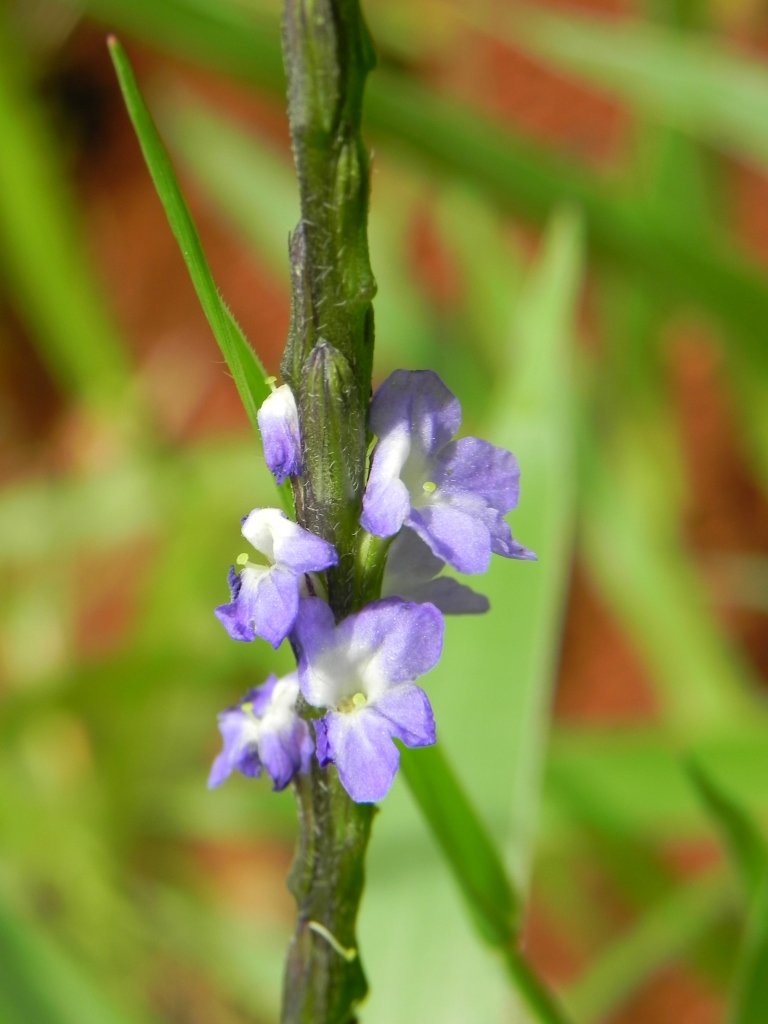 The plant was named for Cayenne, the capital of French Guiana.

One of its interests medicinally is that it is a source of salicyclic acid, whose uses besides those of being an anti-inflammatory, are now being explored in areas such as the treatment of colorectal cancer. 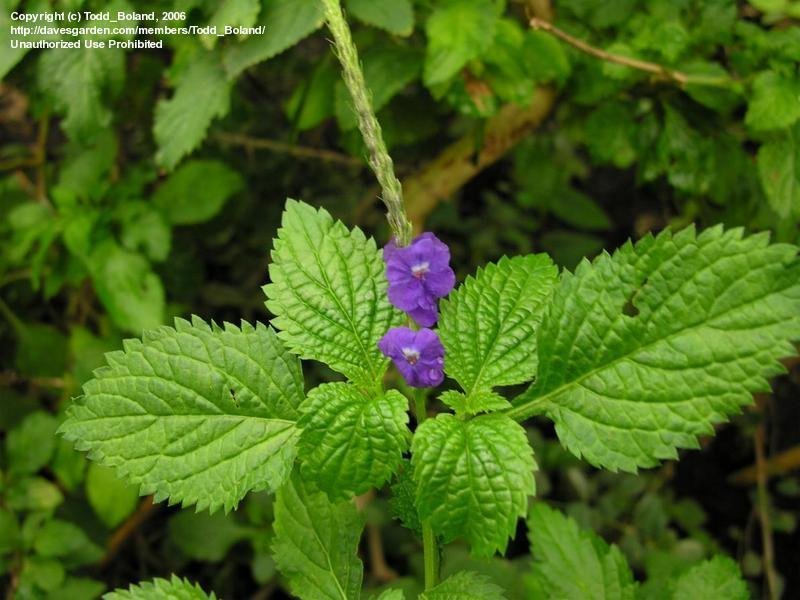 Stachytarpheta cayennensis is native to the Americas, from Mexico south through Central and South America to Argentina, as well as many islands of the Caribbean. It is known in many other parts of the world as an introduced species, including regions in Africa, India, Indonesia, Australia, Florida in the United States, and many Pacific Islands. Its distribution is now considered pantropical. In many places it has become an invasive species.

It is well-adapted to disturbed, cultivated, and wasted land. It grows in pastures, on cropland, and on roadsides. In grazed fields it propagates rapidly because livestock find it distasteful, avoid it, and selectively graze out the other vegetation. In rainy areas it can form thick beds, but it easily persists in dry areas.

In Florida, this Stachytarpheta is often confused with a closely related native species, S. jamaicensis. Hybrids of the two species also occur when it is introduced. Intentional plantings for ornamental purposes are a common way that this plant spreads.

Stachytarpheta cayennensis is a perennial herb or shrub growing up to 2 or 2.5 meters tall. It has an upright, branching stem, sometimes with a woody base. 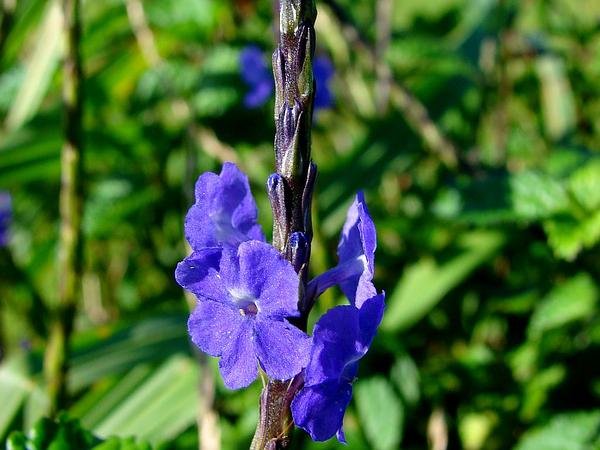 The leaves are oppositely arranged. The blades are up to 8 to 10 centimeters long, oval in shape with sharply toothed edges, and rough-textured or wrinkly on the upper surfaces.

The inflorescence is a very narrow spike up to 40 to 45 centimeters long covered in pointed bracts. Occasional flower corollas bloom from between the bracts. The flowers are deep purple-blue to lavender with pale centers, and white-flowered plants are known. The flowers last a single day before wilting.

Its appealing flower attracts butterflies; in its native range it was observed to attract 98 different species.

The medicinal value of Stachytarpheta cayennensis  has long been recognised in traditional medicine. Several Latin American peoples recognize extracts of the plant as a treatment to ease the symptoms of malaria. The boiled juice or a tea made from the leaves or the whole plant is taken to relieve fever and other symptoms. It is also used for dysentery, pain, and liver disorders. A tea of the leaves is taken to help control diabetes in Peru and other areas. 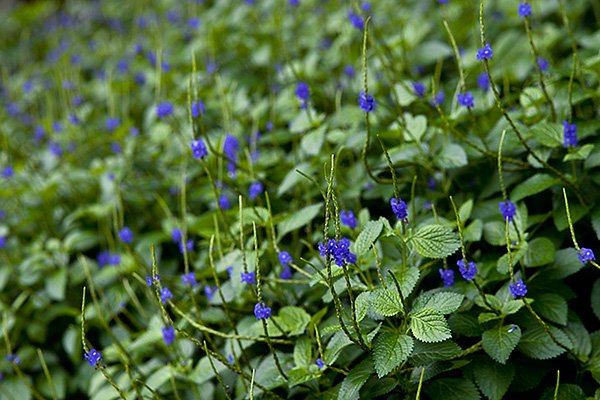