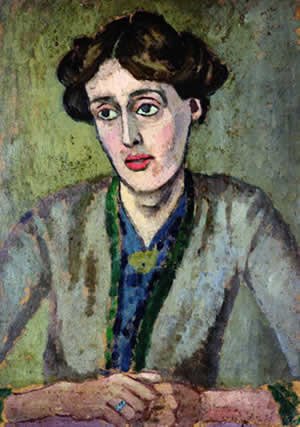 Adeline Virginia Woolf (25 January 1882 – 28 March 1941) was an English writer, and one of the foremost modernists of the twentieth century.

During the interwar period, Woolf was a significant figure in London literary society and a central figure in the influential Bloomsbury Group of intellectuals. Her most famous works include the novels Mrs Dalloway (1925), To the Lighthouse (1927) and Orlando (1928), and the book-length essay A Room of One's Own (1929), with its famous dictum, "A woman must have money and a room of her own if she is to write fiction."

Woolf was educated by her parents in their home at 22 Hyde Park Gate, Kensington. According to Woolf's memoirs, her most vivid childhood memories were not of London but of St. Ives in Cornwall, where the family spent every summer until 1895. Memories of these family holidays and impressions of the landscape, especially the Godrevy Lighthouse, informed the fiction Woolf wrote in later years, most notably To the Lighthouse.

The sudden death of her mother in 1895, when Virginia was 13, and that of her half-sister Stella two years later, led to the first of Virginia's several nervous breakdowns. She was, however, able to take courses of study (some at degree level) in Greek, Latin, German and history at the Ladies' Department of King's College London between 1897 and 1901, and this brought her into contact with some of the early reformers of women's higher education.

The death of her father in 1904 provoked her most alarming collapse and she was briefly institutionalised.

Modern scholars (including her nephew and biographer, Quentin Bell) have suggested her breakdowns and subsequent recurring depressive periods were also influenced by the sexual abuse to which she and her sister Vanessa were subjected by their half-brothers George and Gerald Duckworth, which Woolf recalls in her autobiographical essays A Sketch of the Past and 22 Hyde Park Gate. 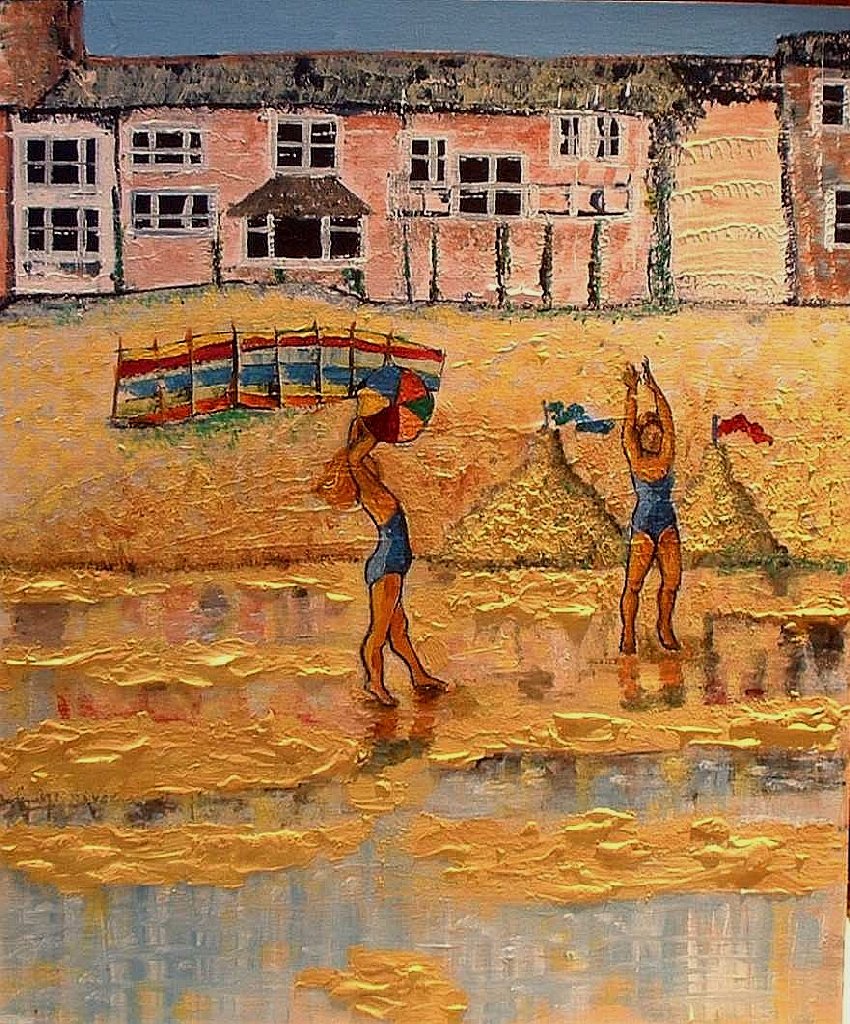 Throughout her life, Woolf was plagued by periodic mood swings and associated illnesses. She spent three short periods in 1910, 1912 and 1913 at Burley House, 15 Cambridge Park, Twickenham, described as "a private nursing home for women with nervous disorder". Though this instability often affected her social life, her literary productivity continued with few breaks throughout her life.

The only real light in her life was her husband. Virginia married writer Leonard Woolf on 10 August 1912. Despite his low material status - Woolf referring to Leonard during their engagement as a "penniless Jew" - the couple shared a close bond. Indeed, in 1937, Woolf wrote in her diary:

Love-making—after 25 years can't bear to be separate ... you see it is enormous pleasure being wanted: a wife. And our marriage so complete.

The two also collaborated professionally, in 1917 founding the Hogarth Press.

The other light was a woman. In 1922 Virginia met the writer and gardener Vita Sackville-West, wife of Harold Nicolson. After a tentative start, they began a 'relationship', which, according to Sackville-West, was only twice consummated. In 1928, Woolf presented Sackville-West with Orlando, a fantastical biography in which the eponymous hero's life spans three centuries and both sexes. Nigel Nicolson, Vita Sackville-West's son, wrote:

The effect of Vita on Virginia is all contained in Orlando, the longest and most charming love letter in literature, in which she explores Vita, weaves her in and out of the centuries, tosses her from one sex to the other, plays with her, dresses her in furs, lace and emeralds, teases her, flirts with her, drops a veil of mist around her.

But after completing the manuscript of her last (posthumously published) novel, Between the Acts, Woolf fell into a depression similar to that which she had earlier experienced. The onset of World War II, the destruction of her London home during the Blitz, and the cool reception given to her biography of her late friend Roger Fry all worsened her condition until she was unable to work.

On 28 March 1941, Woolf put on her overcoat, filled its pockets with stones, walked into the River Ouse near her home, and drowned herself. Woolf's body was not found until 18 April 1941. Her husband buried her cremated remains under an elm in the garden of Monk's House, their home in Rodmell, Sussex.