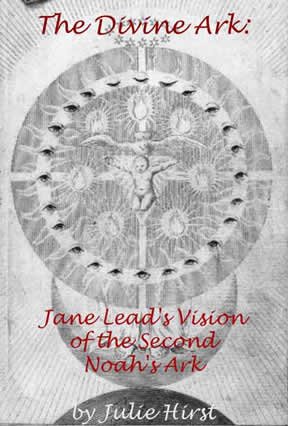 She was married happily to a distant cousin, a merchant, and had four daughters by him. Their 27 year marriage was extremely stable, but when he died in 1670, she was left utterly bereft and penniless.  So we have a double catastrophe – the death of a loved one [see grief] and the fear of destitution – a mind in turmoil - angst.

In 1668, Leade had joined a small English group led by John Pordage, an Anglican priest who had been ejected from his parish in 1655 because of his visions and the conflict they created with established theological doctrine [or dogma if you prefer]. Leade remained in this group after her husband's death.  She joined the Pordage household in 1674 and remained there until his death in 1681. 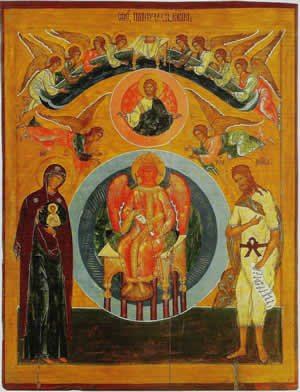 Leade assumed leadership of this group after Pordage's death, and in 1694, the group became known as the Philadelphian Society For The Advancement Of Piety And Divine Philosophy.  Leade's writings and visions formed the core of the group's spiritual goals and ideas. They rejected the idea of being a church, preferring the term society.

Through their visions they concluded that ‘God’ was in all things [or as I might explain it – all the physical hardware of the universe is animated by software/spirit] , everyone has a higher spirit, and anyone can obtain a spiritual experience;  they also heartily rejected the "Doctrine that hath been preached of an endless Misery and Torment" which had "wrought little effect in frightening or terrifying 'em from their evil Courses." She believed that punishment after death was "purgative, not punitive".

Leade's spiritual and literary legacy can be found in the works of Emanuel Swedenborg, William Law and William Blake.