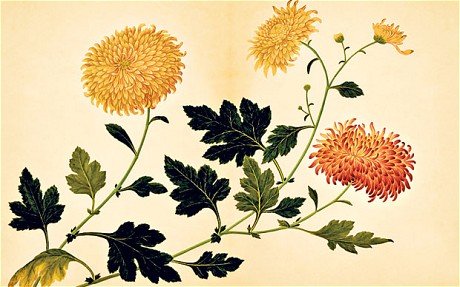 The Secret of the Golden Flower (Chinese: 太乙金華宗旨; pinyin: Tài Yǐ Jīn Huá Zōng Zhǐ) is a Ch'an Buddhism and 'neitan' {inner elixir} Taoist manual for use at the later stages of the spiritual path.

The 'T'ai I Chin hua Tsung Chih', (or in modern pinyin 'Tai Yi Jin Hua Zong Zhi'), is translated in most English versions as 'The Secret of the Golden Flower'. However, the term (tai yi) literally means 'Grand Oneness', and is more indicative of its true purpose.

Thomas Cleary – Introduction to The Secret of the Golden Flower
In Taoist terms, the first goal of the Way is to restore [communication with] the original [Higher] spirit and become a self realised human being.  In Buddhist terms, a realised human being is someone conscious of the ‘real self’…. This original spirit is also called the celestial mind.

One doesn’t ‘seek’ the Higher spirit/Buddha nature/Atman or any of the other words used in this context, as though it was wandering about the universe waiting to be found.  The Higher spirit is already there, it is just that by our actions we keep on shutting the door to the communication between our Will/Personality and our Higher spirit.  One is simply making it easier for unhindered communication to take place.

Thomas Cleary – Introduction to The Secret of the Golden Flower
The Secret of the Golden Flower is devoted to the recovery and refinement of the original [Higher spirit]…. The experience of the blossoming of the golden flower is likened to Light in the sky, a sky of awareness vaster than images, thoughts and feelings, …. Thus it opens up an avenue to an endless source of intuition, [wisdom], creativity and inspiration.  Once this power of mental awakening has been developed, it can be renewed and deepened without limit.

Thus by ‘opening’ the door to the spiritual world one can receive on a permanent basis healing input, wisdom and inspiration – all the more positive forms of spiritual experience.  This is what makes the practises so important.

Alexander David-Neel – Immortality and reincarnation
The term Golden flower serves as a figurative expression to designate the truly transcendent power of the ‘Great One’…...  But even if an individual dwells in the power (the cosmic breath), he doesn’t necessarily perceive it, in the same manner that fish don’t see the water even though they live in it.  An individual dies for want of vital ‘breath’ just as a fish will perish if they are taken out of water.

It may be helpful here to compare approaches.  By using overload activities one gets one-off experiences – visions maybe or hallucinations, perhaps an out of body experience.  These simple single experiences may help to provide initial proof that a spiritual world exists, but take you no farther.   The Golden Flower techniques, in contrast, go beyond, way beyond.  These methods provide continual experience.

Alexander David-Neel – Immortality and reincarnation
The state of voluptuousness that appears supramaterial to some Adepts is a snare into which countless Taoists have stepped.  They have sought to achieve it through the use of drugs or even the simple intoxication produced by wine …. Nothing is easier or more ordinary than to fool oneself, while seeking spiritual union and to believe erroneously and pridefully that one has ascended to supernormal levels of consciousness; whereas in reality, one has become bogged down in a series of fruitless ramblings and sensations that have more to do with pathology than spirituality.

Aim of The Secret of the Golden Flower 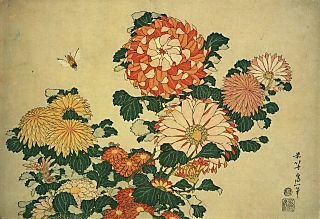 The Secret of the Golden Flower is a guide to help the person ‘balance the energy flows’ – principally the spirit input and spirit output of the ‘chalice’.

The manipulation is of spirit – function and not form – although one can use physical practises to achieve this.  There appears to be the mistaken belief that it is some form of adapted physical yoga practise, but this would be wholly untrue.

Any commentator who says that – and I quote -  “The meditation technique, set forth in poetic language, reduces to a formula of sitting, breathing and contemplating”- has entirely missed the significance of the book.

The objective is in some respects to balance intellectual and emotional activity – thus enabling the later stages of ecstasy, moksha and annihilation.  Thus there is a functional objective which can be achieved using a number of mechanisms.  We need to separate the ‘what’ from the ‘how’.

Thomas Cleary – Introduction to The Secret of the Golden Flower
The aim is to free the mind from arbitrary and unnecessary limitations imposed upon it by habitual fixation on its own contents.  With this liberation, Taoists say, the individual becomes a partner of creation rather than a prisoner of creation

The work contains guidance on both physical practises that include various breathing methods, but in some senses more important are spiritual mental and behavioural practises aiming for that key to progress – balance.

In effect it aims for the balance and purification of yin and yang – the intellectual and the emotional, the subconscious and the conscious, the masculine and the feminine.

The objective is thus to help a person go through the final stages of the path and become a ‘god’ – an Immortal.

The Use of symbolism

Like all works of this kind, it has been crafted in a ‘language of obscurity’, actually a language of symbols.  Given the fact it tackles the later stages of the spiritual path, the use of symbols makes sure that the work is only capable of being understood by the small group of initiates who might be at these later stages.  They will be well on the way to full enlightenment.  It is still the case that the states of consciousness achieved by using this book and the symbolism incorporated will not be comprehensible to the casual user.

Thomas Cleary – Introduction to The Secret of the Golden Flower
The essential practice of the golden flower requires no apparatus, no philosophical or religious dogma, no special paraphernalia or ritual.  It is practised in the course of daily life.  It is near at hand, being in the mind itself.  It involves no imagery or thought.
It is remote only in the sense that it is a use of attention generally unfamiliar to the mind habituated to  imagination and thinking.

I think it should be very clear from this that it is not describing a form of 'meditation' or controlled breathing or any other such physical manipulation of the body.  These are mental exercises.

If you turn to the section on Contemplation and detachment you will find that the sub-activities described are the same as those described in the Secret of the Golden Flower.  In brief, we can summarise some of the activities here:

These are all ongoing, a way of life not an occasional 'meditation' exercise.  These are geared towards reducing the amount of spirit output produced.  Within the Contemplation and detachment section there is a final activity which may benefit from meditation like physical activity.  This final step is aimed at by-passing memory in order to access perceptions directly - the source of all spirit input.  By reducing spirit output and increasing spirit input, we achieve balance.

The Secret of the Golden Flower belongs to a treasury of writings that contain the oral teaching handed down from master to disciple in China from times of great antiquity.  As such to say they have an ‘author’ would be incorrect.

There are various theories as to when these teachings were actually recorded. Richard Wilhelm [see translations below] believed that the teachings appeared in writing in the 8th century AD.  Wilhelm discusses the possibility that this text might have originated in the Tang Dynasty (618-907) in his translation.  According to Wilhelm, Lü Dongbin was the main originator of the material presented in the book.

Yet another source states that the material is from Quanzhen School founder Wang Chongyang, a student of Lü Dongbin.

But other sources state that Lu Dongbin [Yan] transcribed it from a disciple of Lao Tzu.  Numerous legends have been woven around the legend of Lu Yan and he is represented as being one of the Immortals.

Thomas Cleary – Introduction to The Secret of the Golden Flower
The Secret of the Golden Flower is remarkable for the sharpness of its focus on a very direct method for self realisation accessible to ordinary people..... In Wilhelm's own introduction to his translation .. he notes that Taoist organisations following this teaching in his time included not only Confucians and Buddhists but also Jews, Christians and Muslims, all without requiring them to break away from their own religious congregations.
The image of the opening up of the golden flower of the Light in the mind is used as but one of many ways of alluding to an effect that is really ineffable.

There are two main translations of this book:

Wilhelm was a friend of Carl Gustav Jung, and Jung provided commentaries on The Secret of the Golden Flower [usually provided with the translation by Wilhelm] concerning the differences in consciousness between the East and West, as well as a closing Appendix honouring the memory of the original Translator of the work, Richard Wilhelm.

The observations all come from Cleary's translation.  The observations do not contain every chapter of the book.  Furthermore, in some sections only part of the chapter is provided.  In essence,  I have extracted some key passages to give you a flavour for the text.  Thomas Cleary also provides a storehouse of extra information - notes and background explanation to each succinct section in his translation and this too is  not provided, you will need to get his book to obtain this too.  The intention was thus not to 'steal' all Cleary's hard work, but to hopefully fire your interest and show you some of the main points of the text.