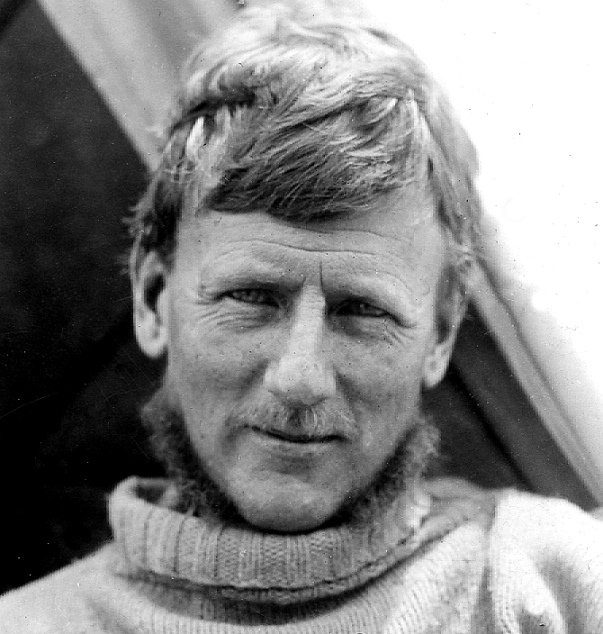 Smythe attempted Everest three times in the 1930s and is widely regarded as the first professional mountaineer, earning his living via his books and lectures.

He equalled the height record in 1933 taking controversial photos of Yeti prints on the way.  He is best remembered for his mountaineering in the Alps and in the Himalayas, where he identified a region that he named the "Valley of Flowers", now a protected park.

And he had a near death experience, as well as a number of other quite interesting experiences.

Smythe’s interest in climbing may have started when he saw the Alps for the first time aged seven. If he had secretly seen them as a way of escaping boring and unsuitable jobs, his breakthrough came in 1927 when he pioneered a bold and technical ice climb on Mont Blanc. A second new route on the same face followed a year later, leading to an invitation to join the 1930 international expedition to Kangchenjunga, the world's third highest mountain. 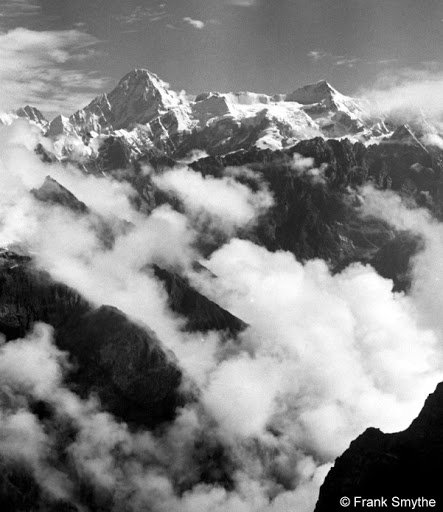 The expedition was a disaster and a sherpa was killed, but it launched Smythe's career as a professional mountaineer. His book, The Kangchenjunga Adventure, was a huge success and launched Smythe as a legitimate and respected author.

A  summary of his climbs is as follows: 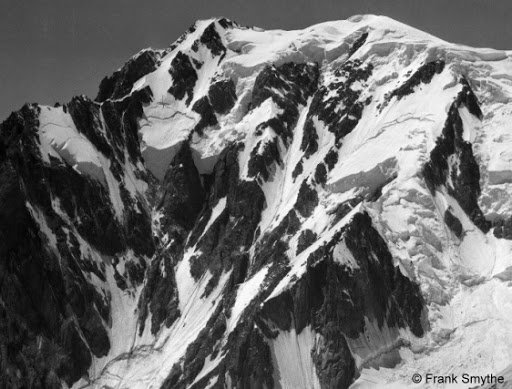 We do not realise today, with the protective clothes we now have, the back-up camps and the ready laid routes, just what an extraordinary feat getting near to the summit of Everest actually was in Smythe’s day.

The night before their first summit attempt, Smythe and Shipton lay in their sleeping bags in the little tent at 27,400ft and inspected their provisions. Smythe wrote:

"Hot drinks came before everything else and these the wretched little cooker resolutely refused to produce. At 27,000ft water boils at a temperature many degrees below the boiling point at sea level, but not once during our stay at Camp 6 did we manage to get a boiling drink, and we had to content ourselves with lukewarm concoctions. Our language regarding the solid methylated cooker is unprintable, but it is far too much of an effort to be angry at 27,400 feet."

"Our supper consisted mainly of Brand's beef extract, which was frozen solid and had to be thawed out before it could be eaten. We had no desire for solids - indeed no desire for food of any kind; eating was a duty. Drinking was a different matter. Our bodies were desiccated by the intensely dry atmosphere and craved for moisture, which also served as a palliative for sore and congested throats."

"Our meal ended with café-au-lait and condensed milk, which was voted superb."

Smythe and Shipton got ready to leave Camp Six, for their first attempt on the summit on Everest,  just after 5am. They were at 27,400ft. Smythe wrote:

"Our boots might have been carved out of stone, and they glistened and sparkled inside with the frozen moisture from our feet. I made a vain attempt to soften mine over a candle, but it was useless, and somehow or other I thrust my feet into them, pausing at intervals to beat my bare hands together, or stuff them into my pockets."

"I wore a Shetland vest, a thick flannel shirt, a heavy camel hair sweater, six light Shetland pullovers, two pairs of long Shetland pants, a pair of flannel trousers, and over all a silk-lined "Grenfell" windproof suit. A Shetland balaclava and another helmet of "Grenfell" cloth protected my head, and my feet were encased in four pairs of Shetland socks and stockings.

Gloves are always a problem on Everest, and the ideal glove that is warm yet flexible and will adhere to rocks has still to be designed; in this instance, a pair of woollen fingerless gloves inside a pair of South African lambskin gloves, also fingerless kept my hands moderately warm."

"We carried a length of light climbing line, whilst my Etui camera accompanied me as usual. With one film pack this weighed one and a quarter pounds." 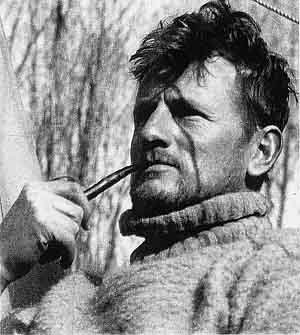 Smythe was born in 1900, the son of a Maidstone timber merchant. He had a lonely childhood and was frequently ill. He started training as an electrical engineer, a career chosen for him by his family. When it became apparent that this was clearly wrong, he joined the RAF, but was invalided out.

Smythe worked for brief periods with the Royal Air Force and Kodak before devoting himself to writing and public lecturing.  He wrote a total of twenty seven books.

Smythe toured as a lecturer talking principally about his expeditions and mountaineering exploits.  Among his many public lectures, Smythe gave several to the Royal Geographical Society, his first being in 1931 titled "Explorations in Garhwal around Kamet", his second in 1947 titled "An Expedition to the Lloyd George Mountains, North-East British Columbia". 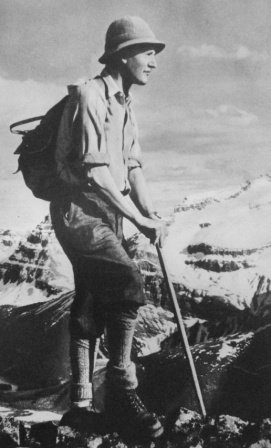 Smythe was married.  In his son Tony’s biography of him My Father, Frank, he relates how his father left his mother Kathleen in 1938 for Nona Guthrie, whom Smythe met at the home of his close friend Sir Francis Younghusband, the imperialist adventurer.
"My mother didn't blame him at all. She was a rather self-sacrificing person who put herself out for others. We felt disappointed we didn't have a dad, but that's the way it was and we got on with things."

In 1949, in Delhi, he was taken ill with food poisoning; then a succession of malaria attacks took their toll and he died on 27 June 1949, two weeks before his 49th birthday.  Nona later married the Earl of Essex and, irritated by demands for access to her late husband's archive, burned his photographic negatives and other material.

Question: what would your father have thought of the modern Everest scene
Tony Smythe:  He would have been horrified by the whole thing – the razzmatazz and the vast numbers going up there. I went to a talk by [Everest guide] Kenton Cool the other night. Fabulous guy, hugely outgoing, loves Everest, but the opposite of Frank in his view of the mountain. Frank was somebody who saw the spiritual side of the mountains and he really would have been appalled. 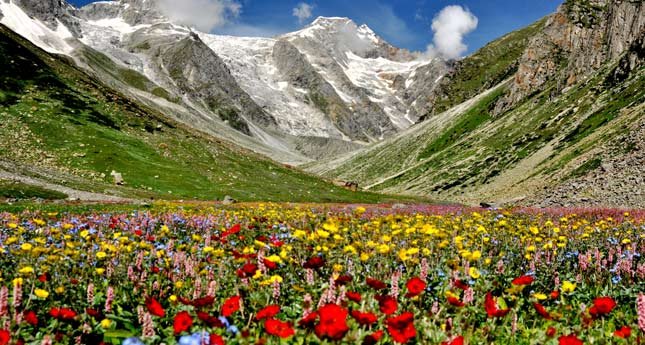