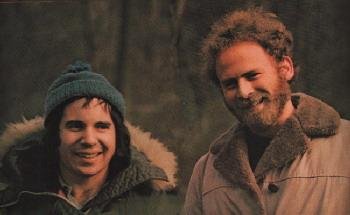 Simon's fame, influence, and commercial success began as part of the duo Simon & Garfunkel, formed in 1964 with musical partner Art Garfunkel. Simon wrote nearly all of the pair’s songs, including three that reached No. 1 on the U.S. singles charts: "The Sound of Silence", "Mrs. Robinson", and "Bridge Over Troubled Water".

The duo split up in 1970 at the height of their popularity, and Simon began a successful solo career as a guitarist and singer-songwriter, recording three highly acclaimed albums over the next five years.  In 1986, he released Graceland, an album inspired by South African township music. Simon has earned twelve Grammys for his solo and collaborative work, including a Lifetime Achievement Award. 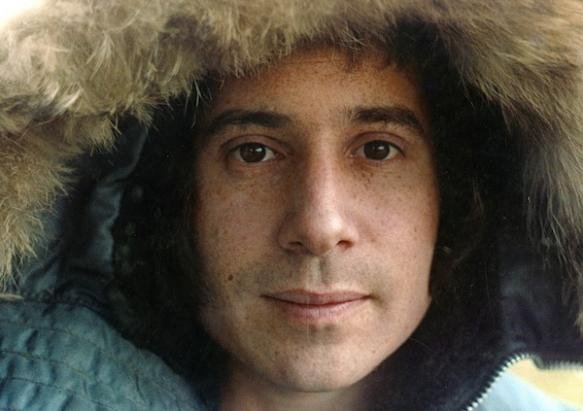 As well as giving numerous charity concerts and collaborative charity events, Simon is a proponent of music education for children. In 1970, after recording his "Bridge Over Troubled Water", at the invitation of the NYU's Tisch School of the Arts, Simon held auditions for a young songwriter's workshop. Advertised in the Village Voice, the auditions brought hundreds of hopefuls to perform for Simon. Among the six teenage songwriters Simon selected for tutelage was Melissa Manchester.  Manchester later paid homage to Simon, on her recorded song, "Ode to Paul." Other younger musicians Simon has mentored include Nick Laird-Clowes, who later co-founded the band the Dream Academy. Laird-Clowes has credited Simon with helping to shape the band's biggest hit, "Life in a Northern Town".

Simon is also a supporter of Little Kids Rock, a nonprofit organization that provides free musical instruments and free lessons to children in public schools throughout the U.S. 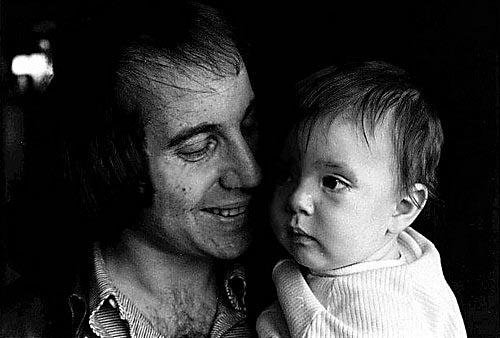 with his son Harper

He is a major benefactor and one of the co-founders, with Dr. Irwin Redlener, of the Children's Health Project and The Children's Health Fund which started by creating specially equipped "buses" to take medical care to children in medically underserved areas, urban and rural. Their first bus was in the impoverished South Bronx of New York City, but they now operate in 12 states. It has expanded greatly, partnering with major hospitals, local public schools and medical schools and advocating policy for children's health and medical care.

In May 2012, Paul Simon performed at a benefit dinner for the Turkana Basin Institute in New York City, raising more than $2 million for Richard Leakey's research institute in Africa. 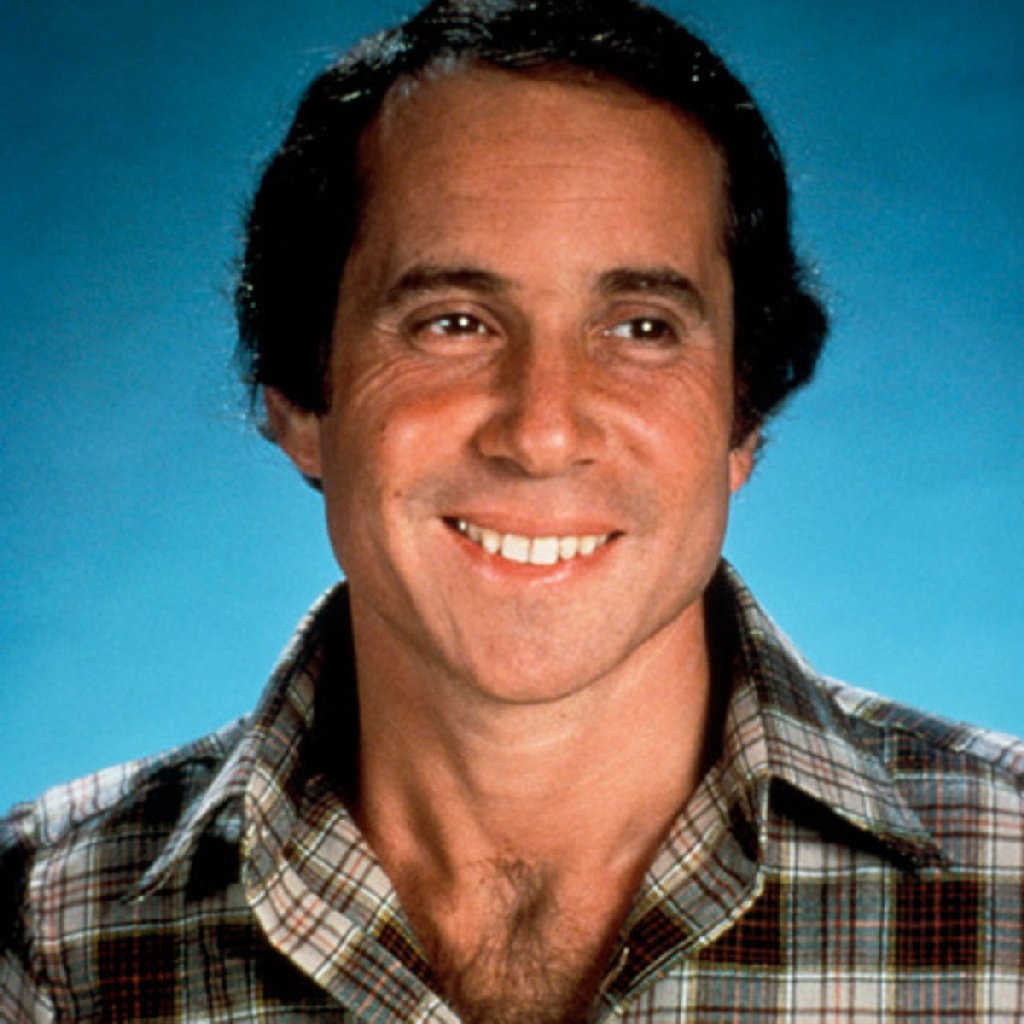 Simon's musical career began after meeting Art Garfunkel when they were both 11. They began singing together when they were 13, occasionally performing at school dances.  Simon's first song written for himself and Garfunkel, when Simon was 12 or 13, was called "The Girl for Me" His father wrote the words and chords on paper for the boys to use.

Between 1957 and 1964, Simon wrote, recorded, and released more than 30 songs, occasionally reuniting with Garfunkel for some singles, including "Our Song" and "That's My Story". Most of the songs Simon recorded during that time were performed alone or with musicians other than Garfunkel.

In early 1964, Simon and Garfunkel got an audition with Columbia Records, whose executive Clive Davis decided that the two would be called simply "Simon & Garfunkel" Simon and Garfunkel's first LP, Wednesday Morning, 3 A.M., was released on October 19, 1964.  The album initially flopped.

Simon moved to England to pursue a solo career, touring folk clubs and coffee houses. In 1965, he recorded a solo LP The Paul Simon Songbook in England.  While in the UK, Simon co-wrote several songs with Bruce Woodley of the Australian pop group the Seekers, including "Cloudy".

Back on the American East Coast, radio stations began receiving requests for one of the Wednesday Morning tracks, Simon's "The Sound of Silence." The song's success drew Simon back to the United States to reunite with Garfunkel. Together they recorded four more influential albums: Sounds of Silence; Parsley, Sage, Rosemary and Thyme; Bookends; and the hugely successful Bridge over Troubled Water. Simon and Garfunkel also contributed extensively to the soundtrack of the Mike Nichols film The Graduate (1967), starring Dustin Hoffman and Anne Bancroft. 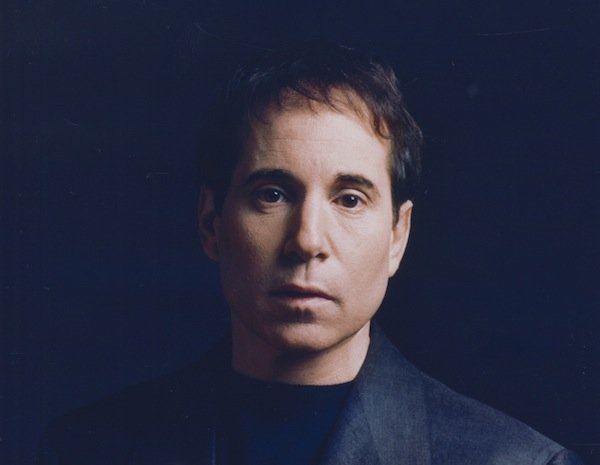 After Simon and Garfunkel split in 1970, Simon began to write and record solo material. His album Paul Simon was released in January 1972, preceded by his first experiment with world music, the Jamaican-inspired "Mother and Child Reunion". Simon's next project was the pop-folk album, There Goes Rhymin' Simon, released in May 1973. Still Crazy After All These Years was his next album.

After three successful studio albums, Simon became less productive during the second half of the 1970s. In 1980 he released One-Trick Pony, his debut album with Warner Bros. Records and his first in almost five years.  Simon’s Hearts and Bones, a ‘confessional album’ came next and was eventually viewed as one of his best works, even though it marked a lull in his commercial popularity.

After the disappointing commercial performance of Hearts and Bones, Simon felt he had lost his inspiration to a point of no return, and that his commercial fortunes were unlikely to change. But in 1984, Simon started a new musical project that became the celebrated album Graceland, an eclectic mixture of musical styles including pop, a cappella, isicathamiya, rock, zydeco and mbaqanga. He went to South Africa in order to embrace the culture, and sessions in Johannesburg took place in February 1985. The recordings featured many South African musicians and groups, particularly Ladysmith Black Mambazo. Simon also collaborated with several American artists, singing a duet with Linda Ronstadt in "Under African Skies," and playing with Los Lobos in "All Around the World or The Myth of the Fingerprints." 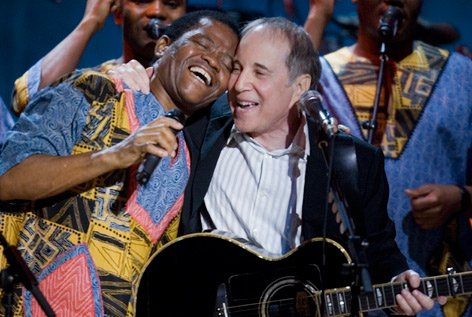 After Graceland, Simon decided to extend his roots with the Brazilian music-flavored The Rhythm of the Saints. Sessions for the album began in December 1989, and took place in Rio de Janeiro and New York, featuring guitarist JJ Cale and many Brazilian and African musicians. The tone of the album was more introspective and relatively low-key compared to the mostly upbeat numbers of Graceland.

There are many more albums, concerts, and collaborations we could add here, but this is sufficient tribute to a very long career inspired by spirituality, grief, love and unrequited love, as we shall see next.

Simon was born on October 13, 1941, in Newark, New Jersey, to Hungarian Jewish parents.  His father Louis (1916–1995) was a college professor, upright bass player, and dance bandleader who Paul described as “a nice guy. Fun. Funny. Smart. He didn't play with me as much as I played with my kids. He was at work until late at night. ... Sometimes [until] two in the morning." 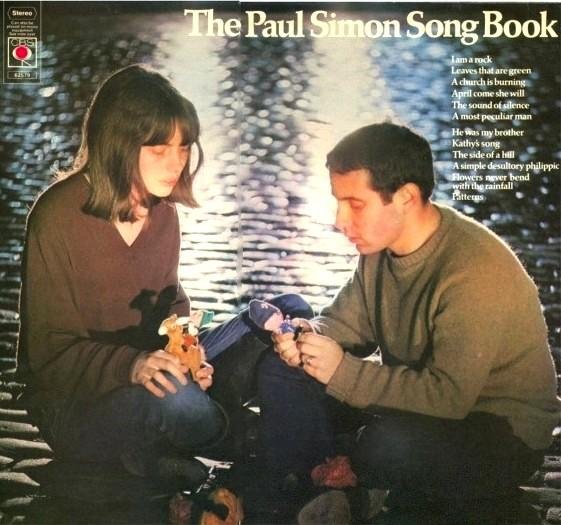 When Simon moved to England in 1964, he met Kathleen Mary "Kathy" Chitty (born 1947) on April 12, 1964, at the first English folk club he played, the Hermit Club in Brentwood, Essex, where Chitty worked part-time selling tickets. She was 17, he was 22, and they fell in love. Later that year they visited the U.S. together, touring around mainly by bus. Kathy returned to England on her own, with Simon returning to her some weeks later.

When Simon returned to the U.S. with the growing success of "The Sound of Silence", Kathy, who was quite shy, wanted no part of the success and fame that awaited Simon and they split. She is mentioned by name in at least two of his songs: "Kathy's Song" and "America," and is referred to in "Homeward Bound" and "The Late Great Johnny Ace." There is a photo of Simon and Kathy on the cover of The Paul Simon Songbook.

Simon has been married three times, first to Peggy Harper in late autumn 1969. They had son Harper Simon in 1972 and divorced in 1975.  The album There Goes Rhymin' Simon, released in May 1973, contained the melancholic "Something So Right" — a tribute to Peggy.   Still Crazy After All These Years was his next album. The mood of the album was darker, as he wrote and recorded it in the wake of his divorce. The third single from the album, "50 Ways to Leave Your Lover" reached the top spot of the Billboard charts, his only single to reach No. 1 on this list.   The song "Train in the Distance," from the album Hearts and Bones, is also about this relationship. 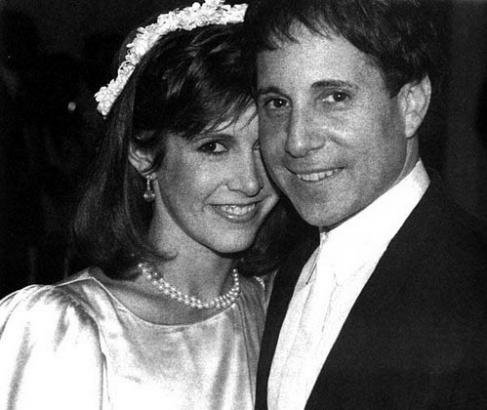 His second marriage, from 1983 to 1984, was to actress and author Carrie Fisher to whom he proposed after a New York Yankees game. The song "Hearts and Bones" was written about this relationship. The song "Graceland" is also thought to be about seeking solace from the end of this relationship by taking a road trip. A year after divorcing, Simon and Fisher resumed their relationship for several years.

His third wife is folk singer Edie Brickell whom he married on May 30, 1992. They have three children: Adrian, Lulu, and Gabriel.

In an in-depth interview reprinted in American Songwriter, Simon discussed the craft of songwriting with music journalist Tom Moon. In the interview, Simon explained the basic themes in his songwriting:
love, family, social commentary, as well as the overarching messages of religion, spirituality, and God. 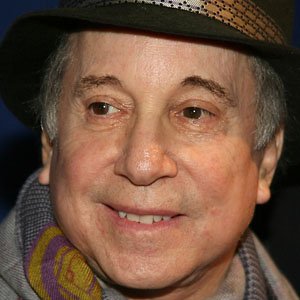 "The music always precedes the words. The words often come from the sound of the music and eventually evolve into coherent thoughts. Or incoherent thoughts. Rhythm plays a crucial part in the lyric-making as well. It's like a puzzle to find the right words to express what the music is saying."