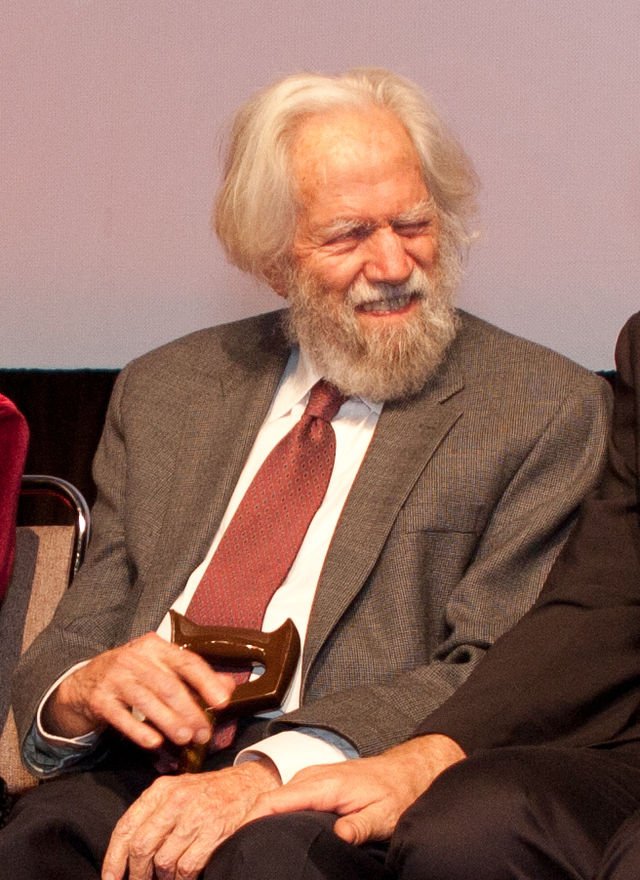 He has the rather dubious distinction of being the inventor of perhaps the greatest number of illegal Schedule1 drugs in the world’s history.  He discovered, synthesized, and personally bioassayed over 230 illegal drugs many of which are now used, still illegally, all over the world.

Not only did he invent them he publicised them extensively, describing how to manufacture them.  In 1991 and 1997, for example, he and his wife Ann Shulgin authored the books PIHKAL and TIHKAL (standing for Phenethylamines and Tryptamines I Have Known And Loved), which extensively described their work and personal experiences with these two classes of drugs. Some of Shulgin's inventions include compounds of the 2C* family (such as 2C-B) and compounds of the DOx family (such as DOM).

One of Shulgin’s most well known inventions was MDMA.  MDMA had been synthesized in 1912 by Merck and patented in 1912, but was never explored. Shulgin went on to develop a new synthesis method, and in 1976, introduced the chemical to Leo Zeff, who in turn introduced the substance to hundreds of psychologists and lay therapists around the nation, including Ann Shulgin, whom Alexander Shulgin met in 1979, and married in 1981.

BBC News October 2013
Drugs are a major concern for organisers of [club] events. They employ large numbers of security staff, sniffer dogs and pay for additional policing, while paramedics are on standby.
But despite these precautions, no one was able to save Mr Bonnie, who became violently ill and later died after taking what he believed to be ecstasy.
Another 15 people who attended the event ended up in Manchester Royal Infirmary with symptoms associated with designer drugs

Some of the other well-known illegal drugs he developed include the following:

5-MEO-aMT  is a potent psychedelic tryptamine or 5-methoxy-α-methyltryptamine, α,O-Dimethylserotonin(Alpha-O) .  It is soluble in alcohol. If misrepresented as LSD, 5-MeO-AMT can be extremely dangerous; users may take a number of "hits" of 5-MeO-AMT, assuming that it is LSD. Unlike LSD, which is somewhat safer in overdose, 5-MeO-AMT can be very harmful or fatal. Particularly sensitive individuals can experience symptoms of overdose at dosages in the normal (for most users) range. This has led to at least a few hospitalizations and possibly more than one death.

The bluelight forum - reporting on an article in the Sun newspaper
AN illegal drug so dangerous it has left at least three people fighting for life can be bought online in seconds, a Sun probe reveals today. Lethal 2CB is so potent one teenage girl was said to resemble “something from The Exorcist” while high — and tried to leap from a window. ..... Emma Barnes, 19, was stopped from jumping out of a building in Kendal, Cumbria, last month. She was taken to hospital to be sedated — where she bit a PC.
And Bristol student Tom Bellmont was believed to be 2CB’s latest victim after he tried to claw off his face.
Drug expert Dr Owen Bowden-Jones said: “People have an acute psychotic episode and lose touch with reality for up to six hours. In that time they’re psychologically disturbed and can do dangerous things such as jumping from windows and harming themselves. ”
There are fears the narcotic, invented in the 1970, may cause physical long-term problems and mental ones such as depression, anxiety and psychosis. 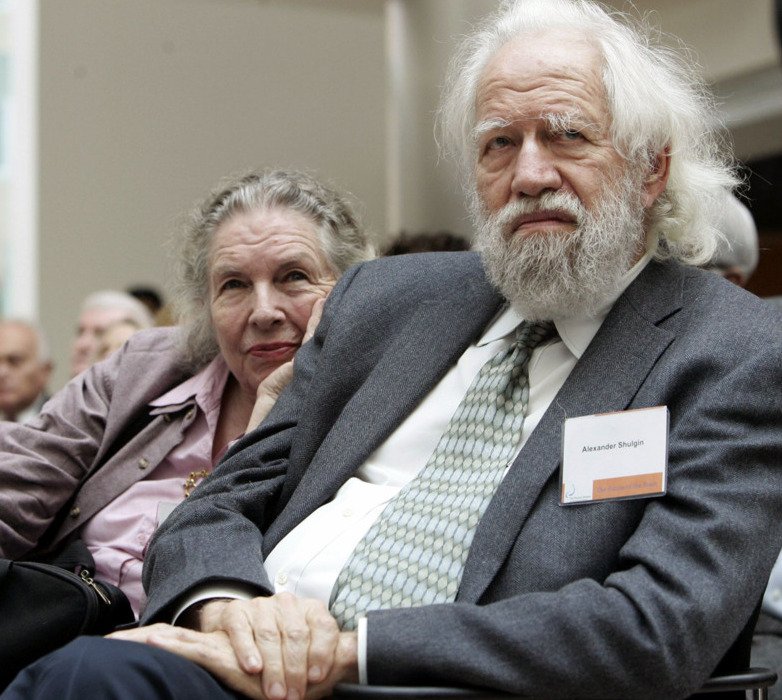 Shulgin with his wife

Shulgin mostly tested the drugs he invented on his wife and ‘a small group of friends’, although he also personally tested some drugs, mainly analogues of various phenethylamines (family containing MDMA, mescaline, and the 2C* family), and tryptamines (the family containing DMT, psilocin, and LSD).

Shulgin began studying organic chemistry as a Harvard University scholarship student at the age of 16. In 1943, he dropped out of school to join the U.S. Navy, returning to Berkeley, California, where in 1954, he obtained a Ph.D. in biochemistry.  After working at Bio-Rad Laboratories, he began work at Dow Chemical Company as a senior research chemist.  Shulgin’s first invention with Dow Chemical was Zectran, a pesticide, and a highly profitable product.

Pesticides constitute the major source of potential environmental hazard to man and animal as they are present and concentrated in the food chain. This study was conducted on 136 samples of water, sediment and fish for detection and determination of pesticide residues in this ecosystem. .....This survey, indicated that Manzala Lake and even the River Nile which was used as control are heavily contaminated with chlorinated hydrocarbons (Indian, heptachlor, aldrin, endrin, dieldrin, P,P'-DDE and DDT), organic phosphorus compounds (malathion, dimethoat, diazinon and parathion) and carbamate pesticides (propoxur and zectran). PMID: 9584277 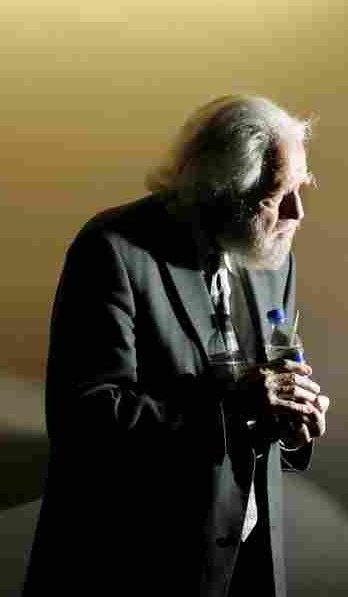 Dow Chemical Company, in return for Zectran's valuable patent, gave Shulgin great freedom. During this time, he created and patented a large number of the early drugs in this list of drugs.  He also published his findings on other drugs in journals such as Nature and the Journal of Organic Chemistry. Eventually, Dow Chemical “requested that he no longer use their name on his publications”.

In late 1966, Shulgin set up a home-based lab on his property, known as "the Farm".  Through his 'friend' Bob Sager, head of the U.S. DEA's Western Laboratories, Shulgin formed a 'relationship' with the DEA.  For those unaware of the DEA, the Drug Enforcement Administration (DEA) is a United States federal law enforcement agency under the U.S. Department of Justice, tasked with combating drug smuggling and use within the United States.  In 1988, Shulger even authored a then-definitive law enforcement reference book on controlled substances, and received several awards from the DEA.

In order to work with scheduled psychoactive chemicals, Shulgin obtained a DEA Schedule I license for an analytical laboratory, which allowed him to synthesize and possess any otherwise illicit drug. Shulgin set up a chemical synthesis laboratory behind his house, and used this freedom to synthesize and test numerous new drugs.  Thus all of Shulgin’s inventions were sanctioned by the DEA. 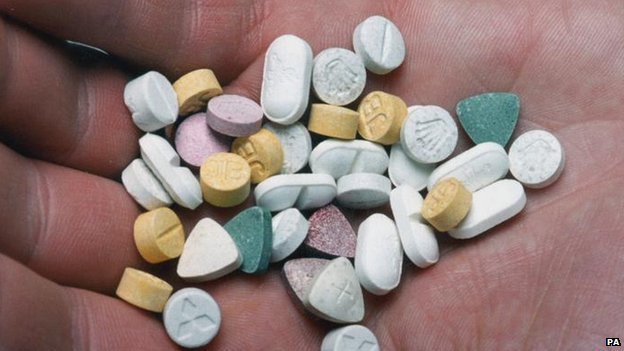 In 1994, two years after the publication of PIHKAL, the DEA raided his lab. The agency requested that Shulgin turn over his license for violating the license's terms, and he was fined $25,000 for possession of anonymous samples sent to him for quality testing.  In a rather extraordinary statement [extraordinary for its naivety] Richard Meyer, spokesman for DEA's San Francisco Field Division, stated that, "It is our opinion that those books are pretty much cookbooks on how to make illegal drugs. Agents tell me that in clandestine labs that they have raided, they have found copies of those books."

Why did Schulgin so relentlessly pursue the drug route as a means of obtaining spiritual experience?

It was because Shulgin’s realisation that the spiritual existed, came about not by meditation, not by study of Eastern systems of other more benign methods, but because he was given drugs and it opened up a world he had no idea existed.  Shulgin was a materialist science who had been shown that matter was not all there was:

It had been brought about by a fraction of a gram of a white solid, but that in no way whatsoever could it be argued that these memories had been contained within the white solid ... I understood that our entire universe is contained in the mind and the spirit. We may choose not to find access to it, we may even deny its existence, but it is indeed there inside us, and there are chemicals that can catalyze its availability. 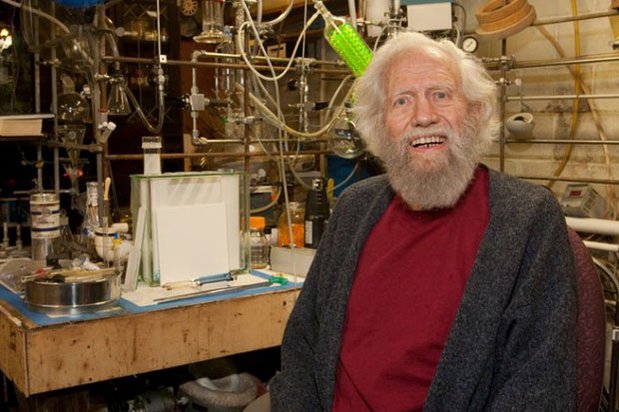 later in his life Shulgin suffered from dementia, but continued to invent drugs......

Shulgin spent most of his later life at the Farm in Lafayette, California. On April 8, 2008, at the age of 82, he underwent surgery to replace a defective aortic valve. On November 16, 2010, he suffered a stroke, from which he largely recovered. On April 17, 2014, Ann Shulgin reported on Facebook that her husband had developed liver cancer.  On June 2, 2014, Shulgin died at the age of 88.

The Alexander Shulgin Research Institute continues research to help provide support those dealing with the neurotoxic effects of the chemicals he invented and to provide guidance to all the doctors that have to deal with the hundreds of thousands of emergency room admissions caused by his inventions.

This review emphasizes the importance for clinicians to be alert to the possibility of abused substances as a precipitating factor for acute asthma. The use of drugs of abuse increases risk of developing more severe symptoms, higher frequency of exacerbations and having and significant effect on care resources due to clinicians visits and frequent hospital admissions. Abused drug has been shown to accelerate the decline in lung function and to increase numbers of life-threatening asthma attacks, and greater asthma mortality. PMID: 23815423