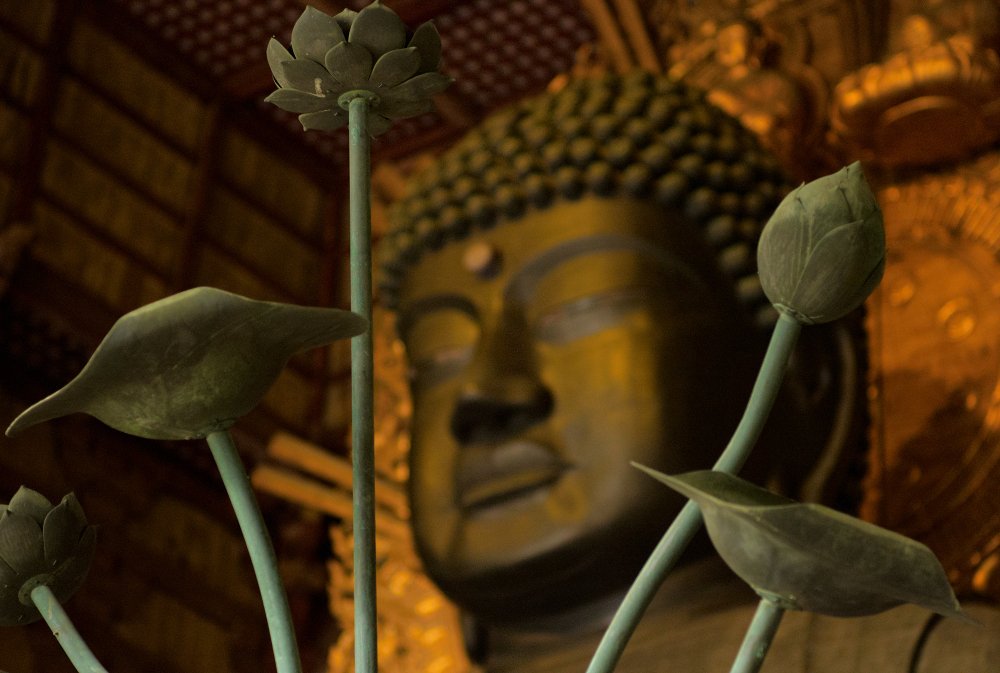 Shingon Buddhism (真言宗 Shingon-shū?) is one of the major schools of Buddhism in Japan.  The word "Shingon" is the Japanese reading of Chinese: 真言 Zhēnyán "True Words", which in turn is the Chinese translation of the Sanskrit word "mantra".

It is one of the few surviving Vajrayana lineages in East Asia, originally spread from India to China through traveling monks such as Vajrabodhi and Amoghavajra. Known in Chinese as the Tangmi, these esoteric teachings would later flourish in Japan under the auspices of the Buddhist monk named Kūkai (空海), who traveled to Tang China to acquire and request transmission of the esoteric teachings. For that reason, it is often called Japanese Esoteric Buddhism, or Orthodox Esoteric Buddhism.

Although Shingon Buddhism appears superficially to be a branch of Buddhism, it shares a number of characteristics with Tibetan Buddhism, in that it has absorbed some of the methods of the shaman.  Thus alongside the Buddhist practises associated with the usual priestly duties of prayers, blessings and funeral rites for the public, there are some Initiates or Adepts privy to the Mikkyō "secret teachings", that can perform magic – are  able to summon rain, improve harvests, exorcise demons, levitate, avert natural disasters, heal the sick and protect the state. The most powerful ones were thought to be able to render entire armies useless.  In effect they are extremely powerful magicians. 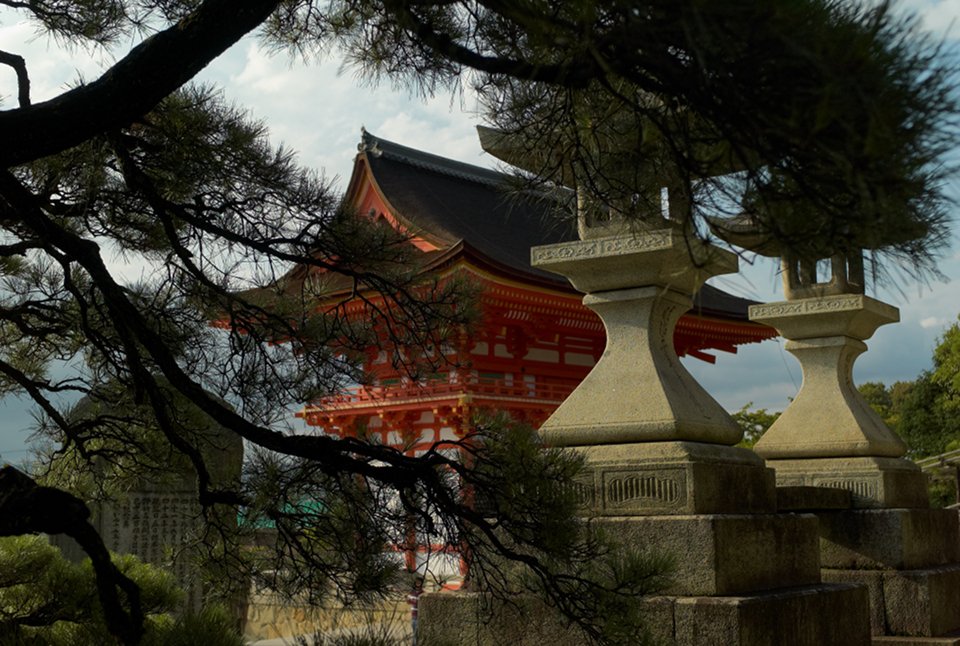 Kūkai's first established monastery was in Mount Kōya (高野山?), which has since become the base and a place of spiritual retreat for Shingon practitioners.

To this temple were added the temples and monasteries of  Tō-ji and Daigo-ji (醍醐寺) in the south of Kyōto and Jingo-ji (神護寺) and Ninna-ji (仁和寺) in the northwest – all of which became ritual centres establishing their own particular ritual lineages. 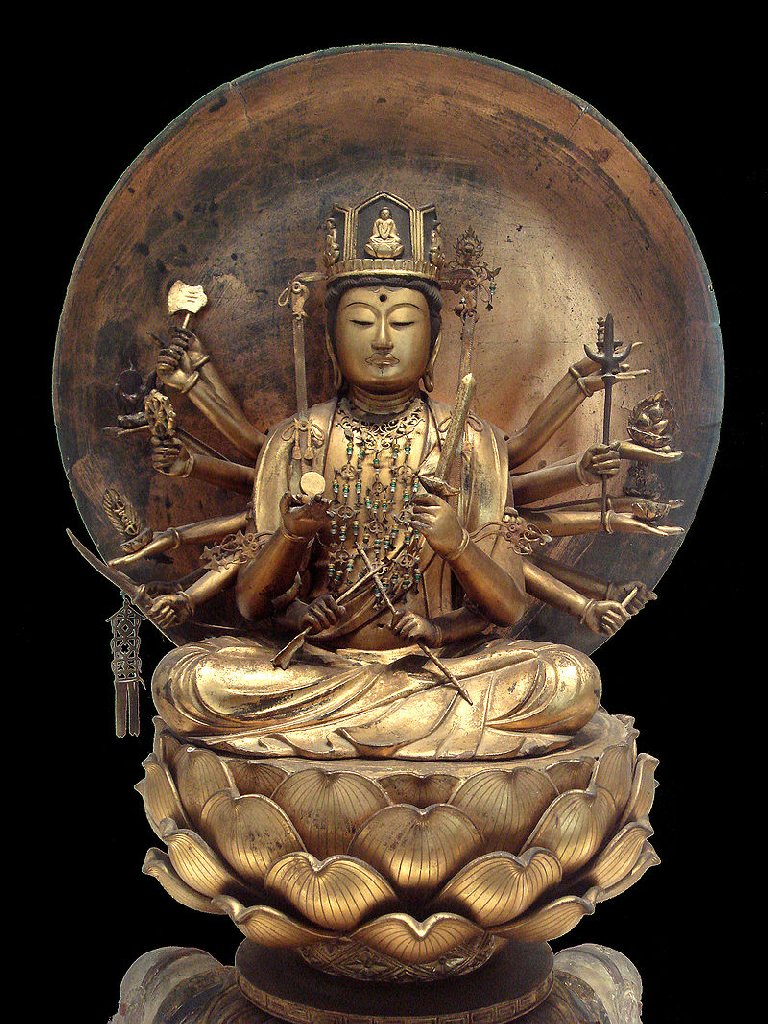 Shingon Buddhism is referred to as Esoteric.  The general term for Esoteric Buddhism in Japan is mikkyō (密教; literally "secret teachings").The word esoteric means “Intended for or understood by only a small group, especially one with specialized knowledge or interests”.

This may at first seem to be the opposite of what mystic movements should be, but the teachings of Shingon are based on early Buddhist tantras.

Tantras are methods and specifically they are methods to obtain spiritual experience.  The word tantra is made up by the joining (sandhi in Sanskrit) of two Sanskrit words: tanoti (expansion) and rayati (liberation). Thus they describe ways of manipulating energy flows in order to achieve the more advanced forms of spiritual experience – kundalini, ecstasy, moksha and annihilation.  Tantra in its more general sense thus means liberation of energy and expansion of consciousness .

In order to seek these later stages one must have gone through the stages of the spiritual path.  There has to be a slow build up and alteration of consciousness.  If you leap into these practises without a guide and without preparation you could become extremely ill – physically ill – and spiritually be left in a wilderness of confusion which may even send you mad. 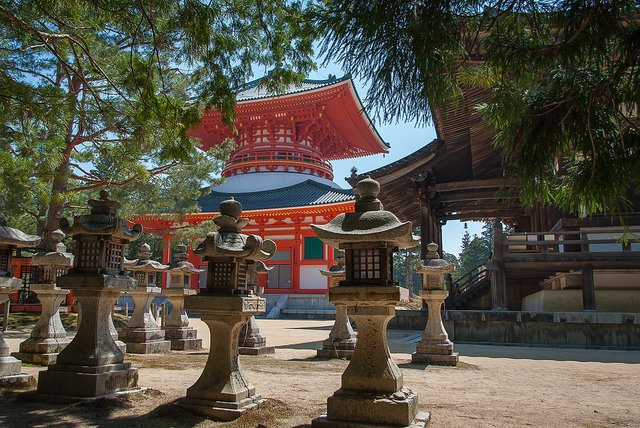 Thus the emphasis upon tuition and careful training by those who have themselves achieved these latter states is essential, absolutely essential.  Tantras are methods to expand the mind, and “liberate the dormant potential energy”, and its principles form the basis of all yogic practices.  But if you get an unqualified teacher you will be in real trouble.

Careful records are kept of the transmission lines of teaching in all esoteric traditions with the aim of ensuring the teaching does not get corrupted by people who have not gone through the required training.  Shingon Buddhism is no exception. 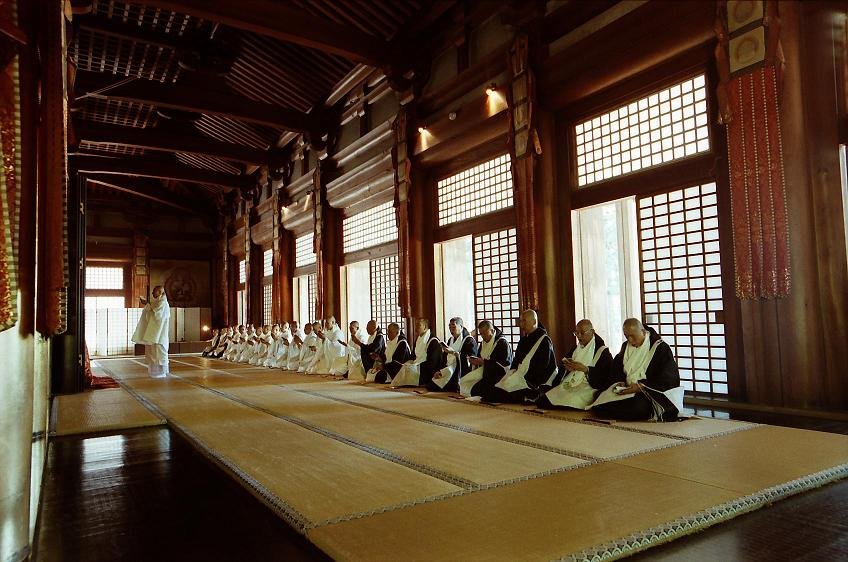 But one should not conclude that Shingon Buddhism is an entirely mystic movement and has nothing for those who simply want to have a spiritual experience.

Shingon enjoyed immense popularity during the Heian period (平安時代) among the nobility, particularly the Fujiwara clan (藤原氏), because at that time it was exclusive and spiritual experience of this level can bequeath significant powers to those who have attained these levels.

It is to the credit of Myōe, that he saw the need to widen the constituency of Shingon Buddhism to other groups and he added a host of additional techniques which are both safe and require less tuition [although tuition is advisable].

Tantric Buddhism leads to enlightenment. It leads to enlightenment in stages.  According to Shingon doctrine, enlightenment is not a distant, foreign reality that can take aeons to achieve but a real possibility within this very life, based on the spiritual potential of every living being, known generally as Buddha-nature. “If cultivated, this luminous nature manifests as innate wisdom”.

With the help of a genuine teacher and through proper training “one can reclaim and liberate this enlightened capacity for the benefit of ourselves and others”. 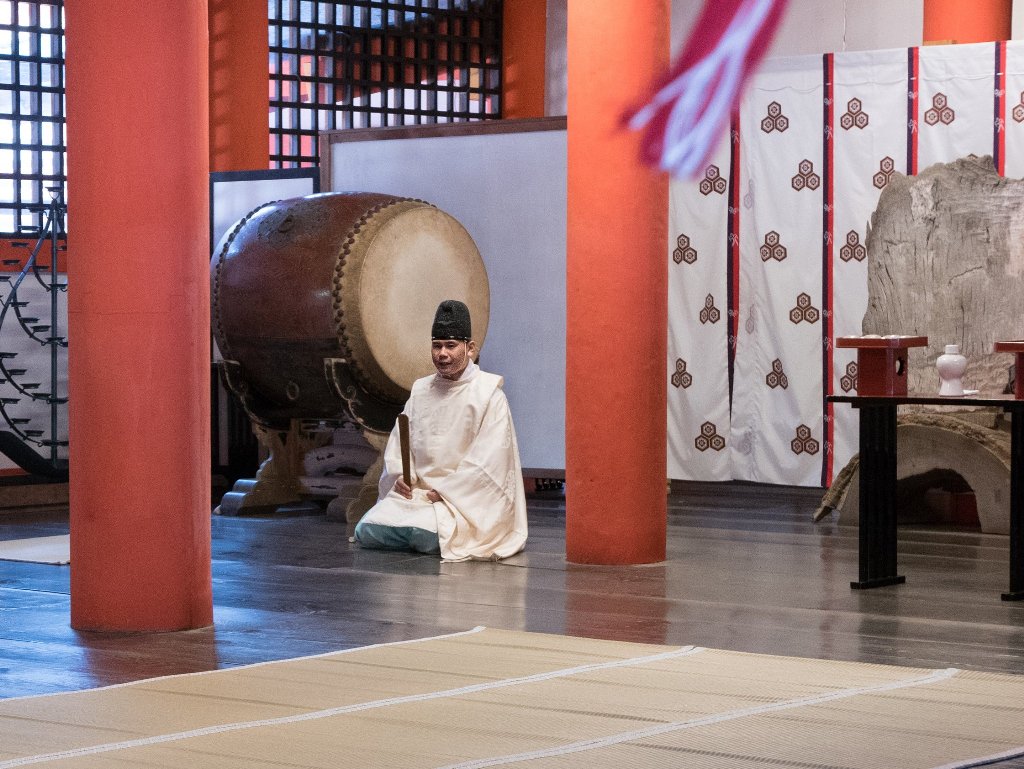 A Shingon ācārya or "teacher" (Ajari 阿闍梨, from ācārya Sanskrit: आचार्य) is a committed and experienced teacher who is authorized to guide and teach practitioners. One must be an acharya for ten years at least before one can request to be tested at Mount Koya for the possibility to qualify as a mahācārya or "great teacher" (Dento Dai-Ajari 傳燈大阿闍梨), the highest rank of Shingon practice and a qualified grand master.

A person wishing to train to become an ācārya, is required to undergo a period of academic and religious study, or formal training in a temple for a considerable period of time, after having already received novice ordination and monastic precepts.  The person must be able to find a qualified and willing mentor who will guide the practitioner through the practice at a gradual pace.

Not all the methods are esoteric, as such the teaching from the Shingon ācārya may be simply mantras and ritualistic meditative techniques that are available for any laypersons to practice on their own. 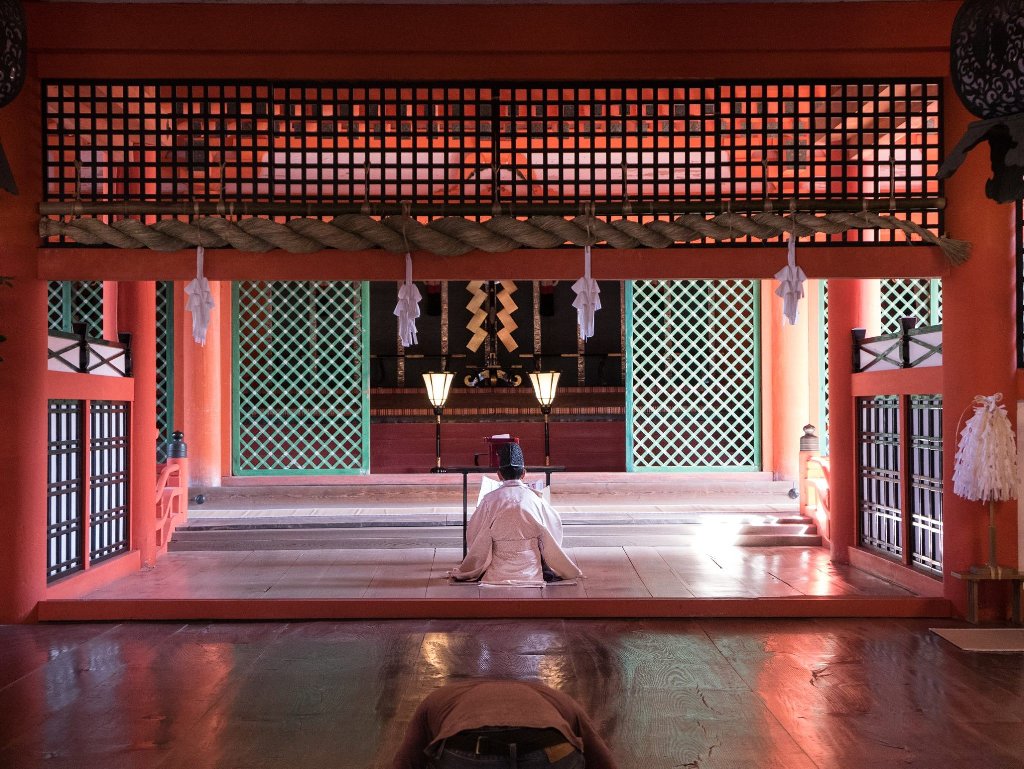 The four principal texts of Esoteric Buddhism are all tantras, not sutras, despite their names:

Mandalas express symbolically the ‘route’ to ascension.  Although the ascension of the spiritual path is usually described as a spiral up a cone or mountain, mandalas are flat, so one has to trace the route on the flat surface whilst imagining the levels and layers to be raised – like a pyramid.  Generally there are 5 levels and if you are well advanced there will be at least 11 or 12.  A mandala is a bit like a snakes and ladders board and indeed the game of snakes and ladders was derived from the idea of the spiritual path.

The Tantras are expressed in the two main mandalas of Shingon, the Mandala of the Two Realms

The Susiddhikara Sūtra is largely a compendium of rituals. These are not just for show, they form a fundamental part of the process.  Enacting ritual and ceremony is itself a method.

The actual methods that appear to be used are as follows .  Note that mapping texts with methods is not a simple task.  In some cases, such as the use of music and drums, it is not even directly described.  But this approximation should suffice:

Although we have been able to provide a generic description of what is done and how it works applicable to all mystic movements, what differs is how it is achieved.

Catholicism for example incorporates a great deal of very effective ritual and ceremony, but as we are all well aware it is totally different to that used in Buddhism and in this case Shingon Buddhism.  There is chanting in Catholicism, but it is a different form of chanting to that used in Shingon Buddhism.  Both are effective incidentally, thus the choice of mystic system is more to do with what works for each person. 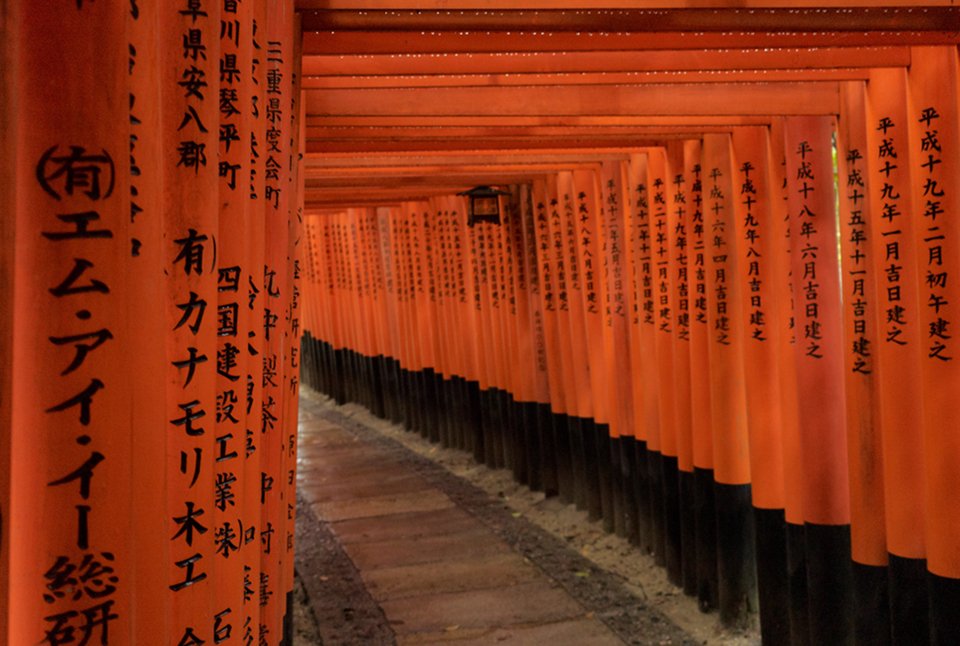 The Goma (護摩) Ritual of consecrated fire is unique to Esoteric Buddhism and is the most recognizable ritual defining Shingon among regular Japanese persons today.

It stems from the Vedic Agnicayana Ritual and is performed by qualified priests and acharyas for the benefit of individuals, the state or all sentient beings in general. The consecrated fire is believed to have a powerful cleansing effect spiritually and psychologically. The central deity invoked in this ritual is usually Acala (Fudō Myōō 不動明王). The ritual is performed for the purpose of destroying negative energies, detrimental thoughts and desires, and for the making of secular requests and blessings. In most Shingon temples, this ritual is performed daily in the morning or the afternoon. Larger scale ceremonies often include the constant beating of taiko drums and mass chanting of the mantra of Acala by priests and lay practitioners. Flames can sometimes reach a few meters high. The combination of the ritual's visuals and sounds can be trance-inducing and make for a profound experience 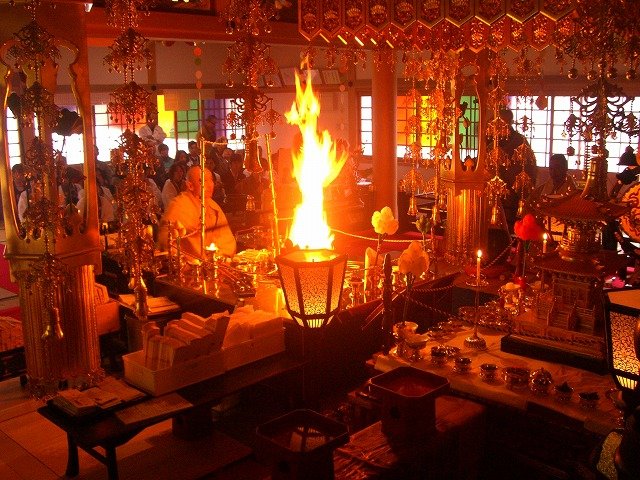 Shingon Buddhism is an extremely comprehensive system.  Its methods cover the entire spiritual path and the mechanisms by which it achieves these methods are quite innovative at times.  But you cannot obtain them from a book, you must have a teacher - and a good teacher.

Today, there are very few books on Shingon in the West and most of these are about the background and history, not the practises.  Up until the 1940s, not a single book on Shingon had ever been published anywhere in the world, not even in Japan. Its doctrines have always been closely guarded secrets, passed down orally through an initiatic chain and never written down. Throughout the centuries, except for the initiated, most of the Japanese knew little of its secretive doctrines and of the monks of this "Mantra School".

The photos have been chosen for their beauty, they may show temples other than those listed.  Thanks to Mrs A Smallwood for permission to use her holiday photos!

We have sections for some key figures in Shingon Buddhism and more observations can be found by going to these sections, please follow the link: