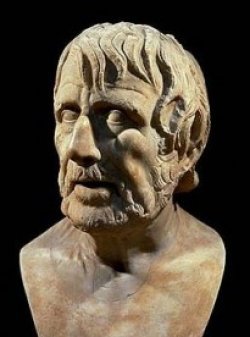 Lucius Annaeus Seneca (often known simply as Seneca; ca. 4 BC – AD 65) was a Roman Stoic philosopher, statesman, and dramatist. Works attributed to Seneca include a dozen philosophical essays, one hundred and twenty-four letters dealing with moral issues, nine tragedies, a satire, and a meteorological essay. His father was Seneca the Elder and his elder brother was Gallio.  He lived in extremely difficult times, serving under Caligula and Nero, which must have required more than just philosophical ability, but considerable skill, tact and diplomacy, not to mention the stoicism he advocates.

He was, and still is, criticised.  Robin Campbell, a translator of Seneca's letters, writes that the "stock criticism of Seneca right down the centuries [has been]...the apparent contrast between his philosophical teachings and his practice."

“Seneca is not without his detractors. In his own time, he was widely considered to be a hypocrite or, at least, less than "stoic" in his lifestyle. His tendency to engage in illicit affairs with married women test the limits of his teachings on restraint and self-discipline”.

So an interesting man; he was married incidentally and his wife was so devoted to him that on his forced death by suicide - ordered by Nero, she attempted to take her own life too, but was ‘saved’.  So women liked him, even though his rivals did not.

One of his main detractors was Suilius.  But according to Tacitus, Suilius's accusations did not hold up under scrutiny. There are others who think the same.

“In 1966 scholar Anna Lydia Motto challenged this view of Seneca, arguing that his image has been based almost entirely on Suilius's account, while many others who might have lauded him have been lost – ‘We are left with no contemporary record of Seneca's life, save for the desperate opinion of Publius Suilius. Think of the barren image we should have of Socrates, had the works of Plato and Xenophon not come down to us and were we wholly dependent upon Aristophanes' description of this Athenian philosopher’”. 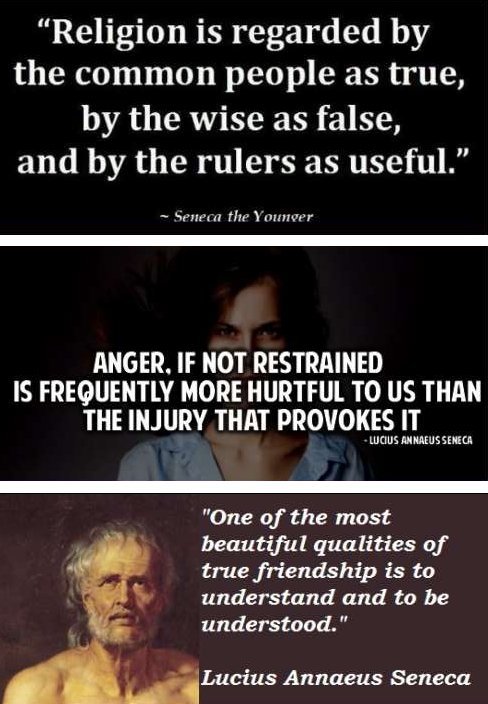 I, personally, believe he had some original and helpful insights, in areas such as education and the nature of emotions, which is why he is on the site.  And I am not alone.

“Martha Nussbaum devotes a chapter to his treatment of anger and its management and shows Seneca's appreciation of the damaging role of uncontrolled anger, and its pathological connections. Nussbaum later extended her examination to Seneca's contribution to ….. education and notions of global citizenship and finding a basis for reform minded education in Seneca's ideas”.

Seneca’s influence is not disputed.  He appears not only in Dante, but also in Chaucer and to a large degree in Petrarch, who adopted his style in his own essays and who quotes him more than any other authority except Virgil. In the Renaissance, printed editions and translations of his works became common.  He also had an influence on Ralph Waldo Emerson.  Seneca's plays were widely read in medieval and Renaissance European universities and strongly influenced tragic drama at that time, in, for example, Elizabethan England (Shakespeare and other playwrights), France (Corneille and Racine), and the Netherlands (Joost van den Vondel).

Lucius Annaeus Seneca was born in Cordoba, Spain. His family moved to Rome when he was still a child and there he was trained in rhetoric and was introduced to Hellenistic Stoic philosophy by Attalus and Sotion. Seneca's own writings describe his poor health. At some stage he was nursed by his aunt; as she was in Egypt from 16 to 31 AD, he must have lived there for a period, which means he had exposure to Egyptian culture.  He may have witnessed the last remnant of the Mysteries there.  Seneca and his aunt returned to Rome in 31 AD.

Caligula began his first year as emperor in 38 AD, and there was a severe conflict between him and Seneca; the emperor is said to have spared his life only because he expected Seneca's natural life to be near its end.  In 41 AD, Claudius succeeded Caligula, and then, at the behest of his third wife Valeria Messalina, banished Seneca to Corsica on a charge of adultery with Caligula's sister Julia Livilla.

Seneca spent his exile in ‘philosophical and natural study’ and wrote the Consolations.

In 49 AD, Claudius' fourth wife Agrippina the Younger had Seneca recalled to Rome to tutor her son Nero, then 12 years old; on Claudius' death in 54 AD, she secured recognition of Nero, rather than Claudius' son Britannicus, as emperor.

From 54 to 62, Seneca acted as Nero's advisor, together with the praetorian prefect Sextus Afranius Burrus. Tacitus and Dio suggest that Nero's early rule, during which time he listened to Seneca and Burrus, was quite competent.

Nero went gradually more insane, probably as a result of all the lead in the pipes and the lead salts in the wine he drank, along with the pewter and lead based storage vessels.  Over time, Seneca and Burrus lost their influence over Nero. According to Tacitus, Seneca wrote an exculpation of Nero to the Senate.  An exculpation is a defense in which a defendant argues that despite the fact they committed and are guilty of a crime and have a liability to compensate the victim, they should be exculpated because of special circumstances that operated in favour of the defendant at the time they broke the law.  Perhaps Seneca knew that mental illness can be caused by lead, who knows, it is a somewhat clever move, however, accusation and exoneration in one.

It didn’t help him.  In 65, Seneca was caught up in the aftermath of the Pisonian conspiracy, a plot to kill Nero. He was probably innocent, but he was ordered by Nero to kill himself. He followed tradition by severing several veins in order to bleed to death, but his age and illnesses were blamed for slow loss of blood, and extended pain rather than a quick death resulted.  Taking poison was also not fatal. After dictating his last words to a scribe, and with a circle of friends attending him in his home, he immersed himself in a warm bath, which was expected to speed blood flow and ease his pain.

Tacitus writes: “He was then carried into a bath, with the steam of which he was suffocated”. 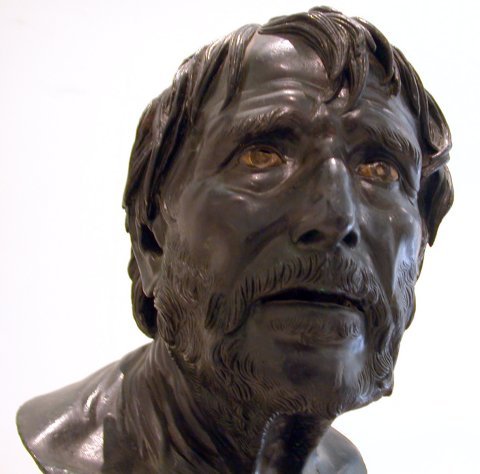