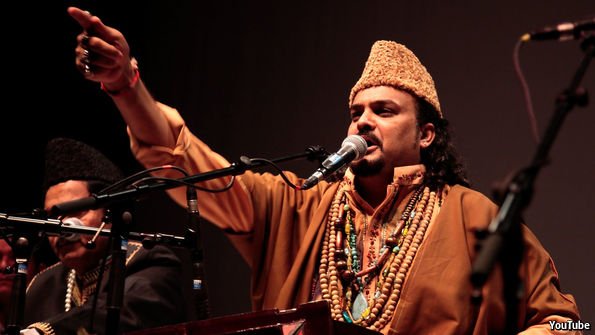 Son of Ghulam Farid Sabri of the Sabri Brothers, he emerged as one of South Asia's most prominent qawwali singers, often reciting poems written by his father and uncle.  Qawwali (Nastaʿlīq: قوّالی; Hindi:क़व्वाली; Bangla: কাওয়ালি) is a form of Sufi devotional music. It is part of a musical tradition that stretches back for more than 700 years.

Amjad was shot dead in Karachi in a targeted killing claimed by a splinter group of the Pakistani Taliban.  Amjad Sabri was killed on June 22nd, aged 45.  For those unable to grasp the enormity of this crime - Sabri was a mystic - like Jesus, and the Taliban murdered a Sufi mystic.

From DawnNews
Amjad Sabri was one of the country’s finest qawwals, known for his soul-stirring renditions of mystic poetry. He enthralled music aficionados with his brand of spirituality, mysticism and ecstasy for years. He was not only well-versed with the structure and aesthetics of qawwali but also knew how to make it adaptive to the contemporary music keeping its essence alive 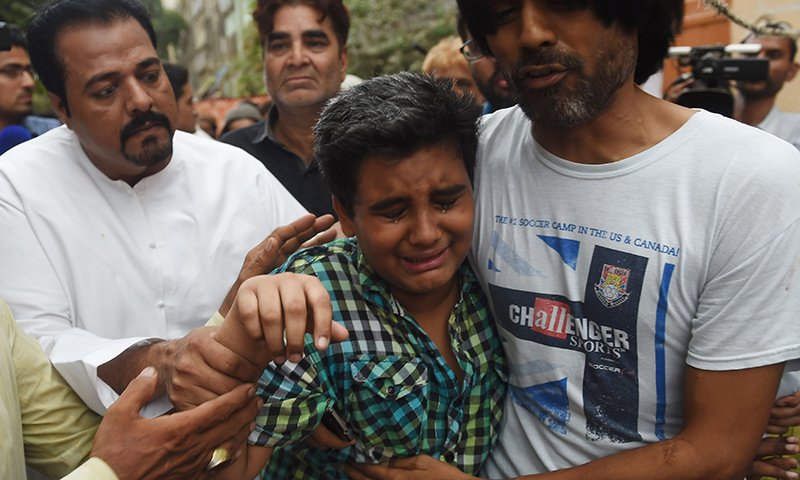 Amjad Sabri was the nephew of qawwali icon Maqbool Sabri who passed away in 2011.  Maqbool Sabri along with his brother, the late Ghulam Farid Sabri, formed a formidable qawwali group in the mid-50s and became known for their soul-stirring renditions of arifana kalam (mystic poetry).  Amjad Sabri kept the family tradition alive and was one of the most sought-after qawwals of the country.

Almost whatever the Sabri brothers sang became an instant hit. But some of their most memorable and famous qawwalis were 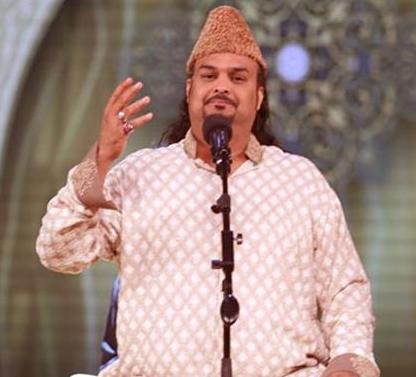 They were equally well-versed in compositions made in the Persian language and sang Nami Danam Che Manzil Bood with equal ease and facility. The brothers’ rendition of Hazrat Amir Khusrau’s kalam was one of their marked areas of excellence.

Born on 23 December 1976, Amjad began learning qawwali music from his father at age nine and joined his father on stage to perform in 1988 at age 12.  In an interview, he described how his father used to train him when he was a little boy.

"The hardest part was being awakened at 4.00 am. Most riyaz is done in Raag Bhairon and this is an early morning raag. My mother would urge our father to let us sleep but he would still wake us up.  Even if we had slept after midnight, he would get us out of bed, instruct us to make wuzu, perform tahajjud prayers, and then take out the baja. And he was correct in doing so because if a raag is rendered at the correct time, the performer himself enjoys it to the fullest."

Amjad was married and is seen here with his children 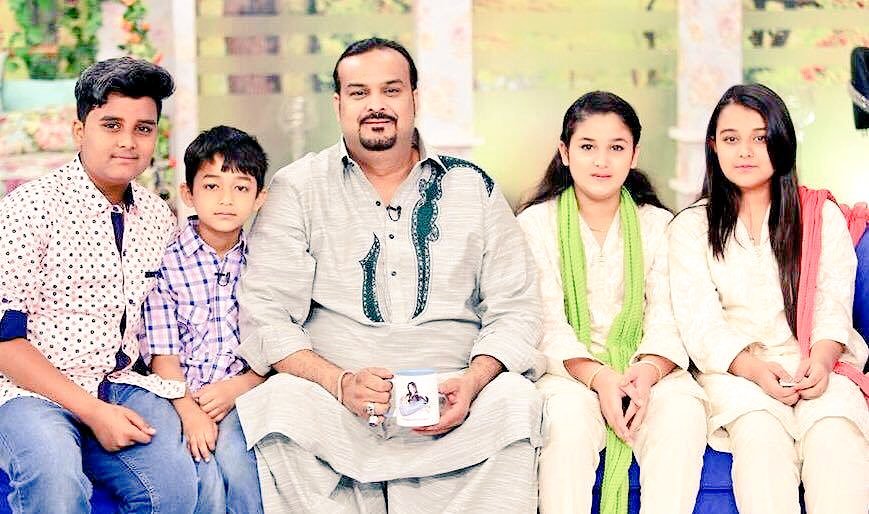 Amjad Sabri presented the work of his father and uncle in a new light, according to many this “helped the younger generation connect to qawwali, something which had not happened earlier”. 'Tajdar-E-Haram', 'Mera Koyi Nahi Teray Siwa' and 'Bhar Do Jholi' were some of the works of the renowned Sabri family which Amjad chose to sing in a different and unique way.

HIS father, Ghulam Farid Sabri, sang that way. His uncle, Maqbool Ahmed Sabri, sang that way. His ancestors had done so too, right back to the time of Mian Tansen, a favourite musician at the Mughal court, who received 100,000 gold coins for his first performance. The Sabri house in Karachi was full of the wheeze of portable harmoniums, the patter of drums and the joyous, repetitive mantras of qawwali, the songs of the millions of South Asian followers of the mystical Sufi strain of Islam. So it was no wonder that from early childhood Amjad Sabri joined the chorus, hauled out of bed by his father at 4am to wash, say his prayers, fetch his instrument and sing the first raga of the dawn. The long preparation was worth it, to feel one with the sunrise.


Sabri travelled widely to India, America and Europe where he was known as the "rock star" of qawwali. From then on he remained one of the most acclaimed qawwali singers on the Indian subcontinent and performed around the world.

He knew this was not ordinary music. It was a love song to the prophet Muhammad, to Ali, his son-in-law and closest disciple, to the Sufi saints and above all to God directly, music being the only sure way to evoke and approach Him. Qawwali was a plea to be noticed at the court of heaven, admitted to the presence, absorbed into the heartbeat and the breath, as in his father’s most famous song, “Tajdar-e-haram”, “King of the Holy Sanctuary”:

What should I tell you, O Prince of Arabia,
You already know what is in my heart,
In our separation, O Untaught One,
Our sleepless nights are so hard to bear
In your love I’ve lost all consciousness
Tajdar-e-haram, tajdar-e-haram 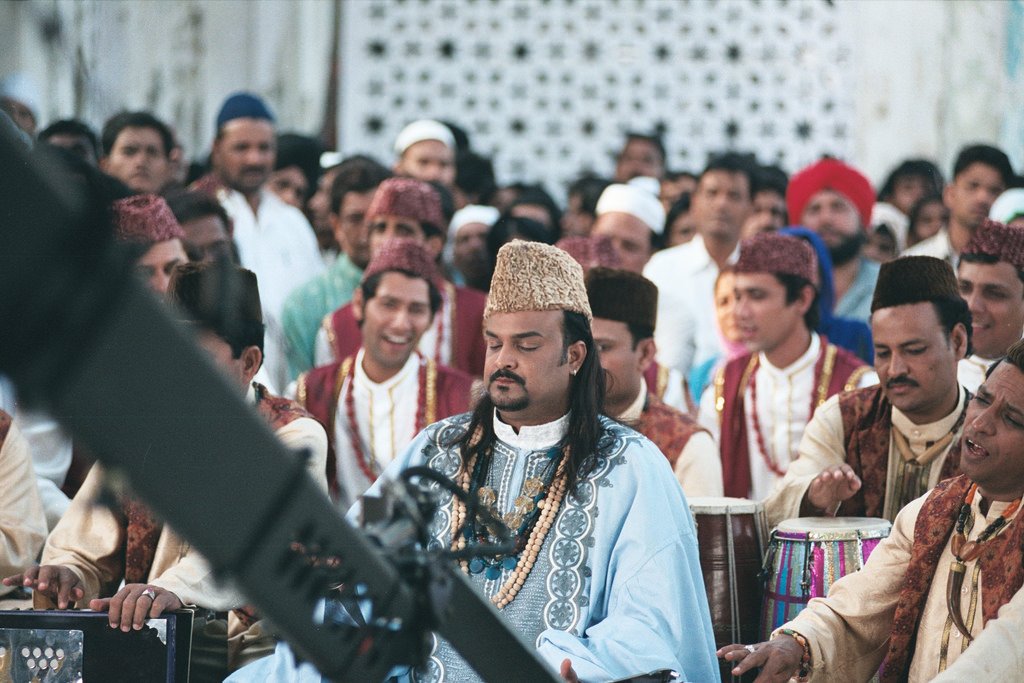 As he or his relations sang, the audience would start to sway, clap, sing along, dance and lose themselves in the ecstasy of God. His father would cry “Allah! Allah!” in the midst of his singing, an invocation so powerful that even non-Muslims would start to shout it after him. In adulthood Amjad, always careful to preserve his father’s modulations, did this too, enjoying the effect it had on his listeners. Indeed, his whole performance radiated calm, confidence and joy: a big, burly man with luxuriant long black hair, brown karakul hat, one small gold earring and many chunky rings, effortlessly smiling and gesticulating through his glorious baritone singing.

He was not doctrinaire about this. He would sing in Sufi shrines, cross-legged on a mat with a skull-capped chorus, or perform like a rock star, standing at a mic under bright lights in a flamingo-pink cotta. On TV he sang regularly for the morning shows, especially during Ramadan, and would take part in the silly games too, if the presenters asked him. He sang all over South Asia (being a star in India and Bangladesh as well) and took qawwali to Europe and America, where he performed backed by saxophones. Bollywood invited him, and he was happy to sing on film; Bollywood actresses posed with him. The only problem with all his globetrotting, for he liked his food, was the difficulty of finding good halal meals, but he taught himself to cook a fine aloo gosht, beef-and-potato curry, to keep himself going.

On 22 June 2016, after finishing a morning TV show where his last song included the words:

“When I shudder in my dark tomb, dear Prophet, look after me”,

two motorcyclists opened fire on Sabri's car in Liaquatabad Town, Karachi, critically injuring Sabri, an associate and his driver. Sabri was shot twice in the head and once on the ear. The three men including Sabri were taken to Abbasi Shaheed Hospital where Sabri died shortly after. His murder occurred near an underpass named after his father.  The killing was claimed by a splinter group of the Pakistani Taliban who accused Sabri of ‘blasphemy’.

Tens of thousands of people attended Sabri's funeral in Karachi. The murder met with condemnation from many public figures in Pakistan, and several protests were organised against the killing.

To the Pakistani Taliban the wildness of Sufism, its decadent Persian origins, its veneration of saints, its reminders of an Islam disseminated through art, music and dance, were all anathema. So was its easy openness to all faiths and people, demonstrated in the way its greatest living qawwal would stroll around the narrow, teeming lanes of Liaquatabad in Karachi, shoot a piece or two on the carrom boards, treat some hapless batsman to his off-spin, chat to the man in the cigarette booth and, indeed, mix Hindu ragas naturally with his songs. He also declared that his own favourite qawwal was Aziz Mian, who played on the much-loved Sufi metaphor of drunkenness in God’s love to cry “Let’s drink! Fill my wine-cup to overflowing!”

So Sufi shrines began to be bombed by the Taliban, and singers shot at. The establishment failed to take the Sufis’ side, preferring to blazon its respect for orthodox religion. It was the high court, not the Taliban, that accused Mr Sabri of blasphemy in 2014 for singing a song that mentioned members of Muhammad’s family on one of those morning shows. The threats came closer, extra-legal this time: six months ago three men burst into his house, retreating only because they did not find him there. Some friends said he had asked for protection; others thought he never would. His last song on TV included the refrain “When I shudder in my dark tomb, dear Prophet, look after me.”…..

His father had sung that way. His uncle had sung that way. And his 12-year-old son defiantly performed his “Karam Mangta Hun” (“I ask for Kindness, Lord”) in tribute to him; for the greatest message of Sufi Islam to the world is the unshakable primacy of music, peace and love. 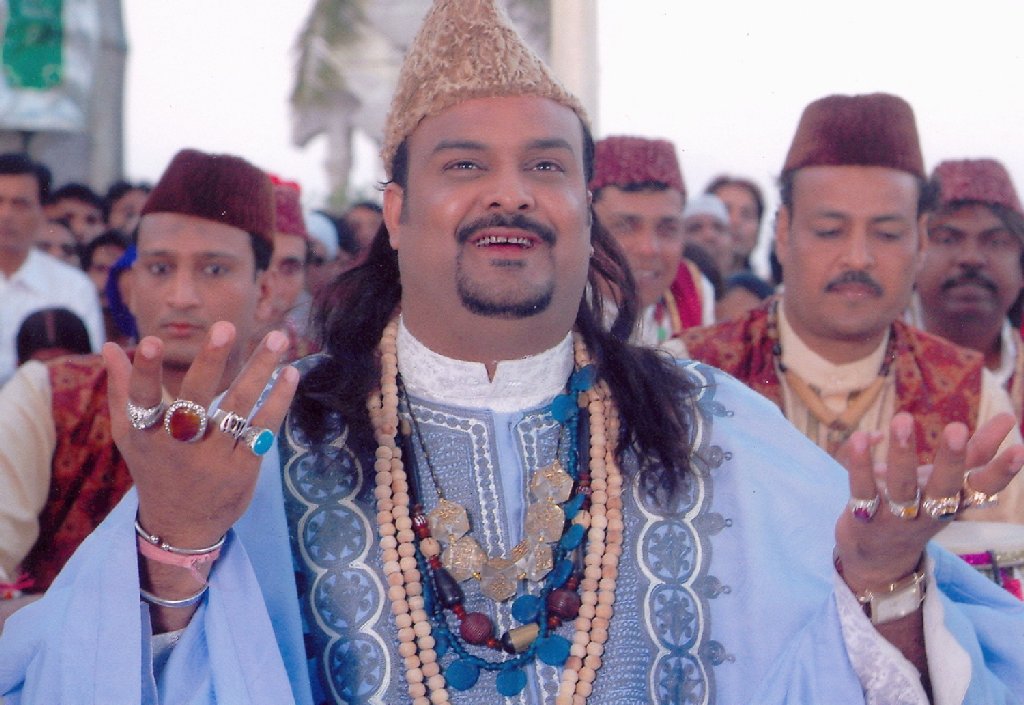