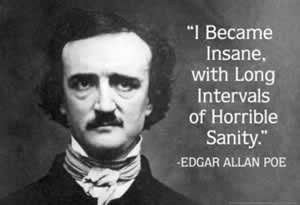 Best known for his tales of mystery and the macabre, Poe was one of the earliest American practitioners of the short story, and is generally considered the inventor of the detective fiction genre. He is further credited with contributing to the emerging genre of science fiction. He was the first well-known American writer to try to earn a living through writing alone, resulting in a financially difficult life and career.

Born in Boston, Poe was the second child of two actors. His father abandoned the family in 1810, and his mother died the following year. Thus orphaned, the child was taken in by John and Frances Allan, of Richmond, Virginia. Although they never formally adopted him, Poe was with them well into young adulthood.

Poe's grandfather, David Poe, Sr., had emigrated from Cavan, Ireland, to America around the year 1750, so he had Irish ancestry.  His mother was English. 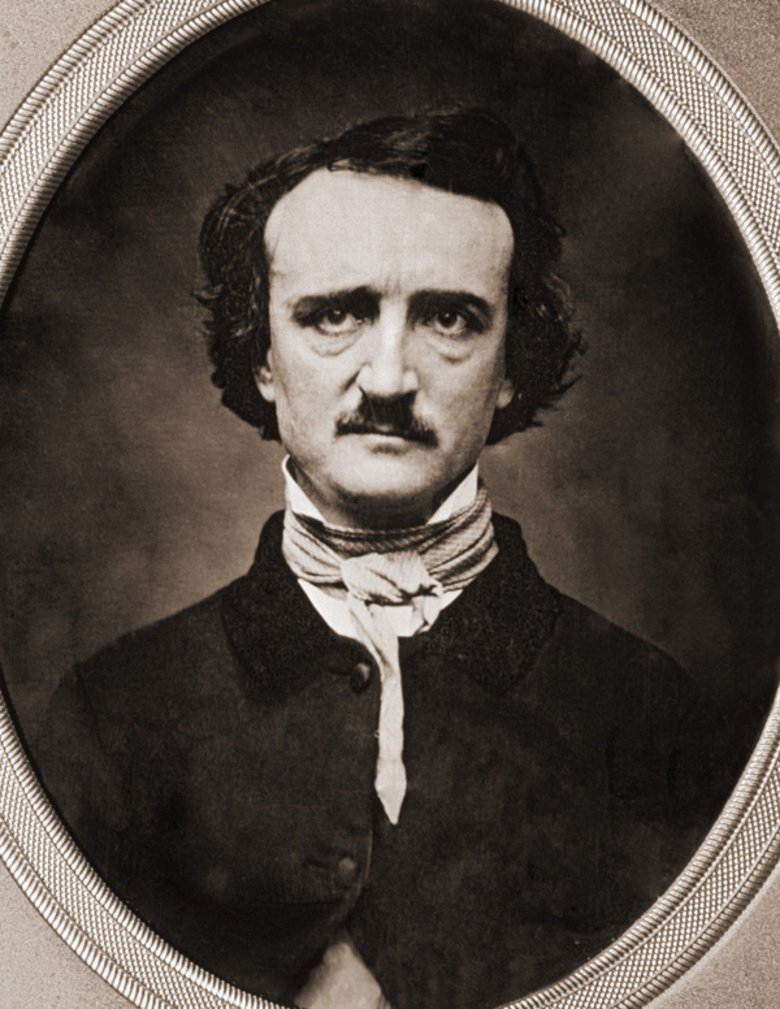 Photo on his tomb, showing he was probably a left hander

One of the rather intriguing things about Poe is the shape of his face, it is very lop sided.  Photos, like that above, which have been manipulated to include a quote or to be included in a description, often show his parting in the conventional way.  Right handers have a tendency to 'adjust' photos so that the image conforms to their notion of what is 'right'.  And right handers change photos so that the hair goes from right to left in a photo - the direction the comb is pulled if you are a right hander is from your left to your right.  But there are a number of photos that show Poe with his parting the other way.  Left handers do not alter photos, they are well used to being in the minority, so I suspect that Poe was a left hander and may have suffered from a difficult birth given the face shape.  Pure speculation, we will probably never know, but interesting nonetheless.

What else contributed to Poe's abilities? 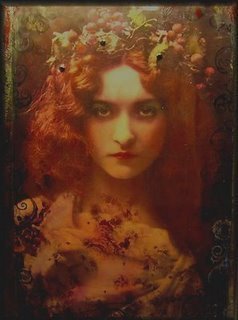 One of his most famous poems is the Raven, which I have used for this site.  In Edgar Allan Poe’s poem the young woman who has died is called ‘Lenore’, but the poem may have been Poe's way of dealing with the illness of his wife Virginia.

Poe secretly married Virginia, his cousin, on September 22, 1835. He was 26 and she was 13, though she is listed on the marriage certificate as being 21.

One evening in January 1842, Virginia showed the first signs of tuberculosis while singing and playing the piano. She only partially recovered.  On January 29, 1845, his poem "The Raven" appeared and Virginia died on January 30, 1847.

Poe had already lost his mother to tuberculosis, so the blow was probably doubly shocking.  Poe had an elder brother, William Henry Leonard Poe, and a younger sister, Rosalie Poe. Not only did Poe lose his wife, but his brother also died around the same time as the Raven was written.

So much of Poe’s work is the result of Grief.

Increasingly unstable after his wife's death, Poe attempted to court the poet Sarah Helen Whitman, who lived in Providence, Rhode Island. Their engagement failed, purportedly because of Poe's drinking and erratic behavior. However, there is also strong evidence that Whitman's mother intervened and did much to derail their relationship. 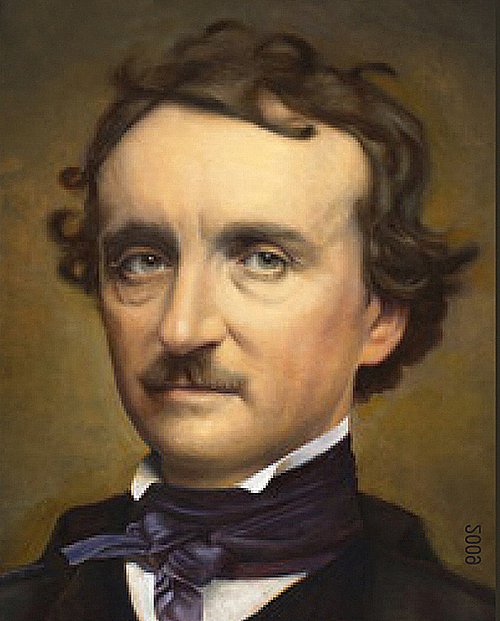 Poe was reputed at one time to have become a 'drug taker' as a result of his melancholy, but this has now been disproven.  What is known is that he did take Laudanum and suffered from both opium and alcohol addiction.  Given that Laudanum was prescribed for just about any ailment in those days - from headaches to toothache - and a large proportion of Victorian England was addicted to it, this was the norm rather than the exception.

On October 3, 1849, Poe was found on the streets of Baltimore delirious, "in great distress, and... in need of immediate assistance", according to the man who found him, Joseph W. Walker. He was taken to the Washington Medical College, where he died on Sunday, October 7, 1849, at 5:00 in the morning. Poe was never coherent long enough to explain how he came to be in his dire condition, and, oddly, was wearing clothes that were not his own. Poe is said to have repeatedly called out the name "Reynolds" on the night before his death, though it is unclear to whom he was referring. Some sources say Poe's final words were "Lord help my poor soul."