It seems strangely difficult to discover particulars surrounding the life of Walter Richard (Gorn) Old,  born on March 20th 1864, especially since in him there appears to have resided a prophet of considerable magnitude.  A great deal of attention has been given to lesser prophetic lights; where volumes have been printed about prophets who are at least 75 percent wrong by observation, this author was unable to locate even a pamphlet dealing in retrospect with the life of Old.
Yet enough information has been gleaned to give some idea of the character of the man; his mind and life being supremely characterized by his apparent ability to stop, look, and listen to all sorts of things, to experience depths of devotion to discovery of the nature of man, and to be able to continually shift his attention once any chosen path had come to an end.
The word "eccentric" might describe him in many minds; there is little doubt that, considering the times in which he matured, his preoccupation with the intangible, with the nonmaterial led him in any number of directions, all of which would appear "eccentric" to the conduct expected in mundane circles.
He was educated in Birmingham at King Edward's School and began the study of astrology and the Cabala at a very early age. Some time around the age of twenty-one he broke down with a condition called hyperaesthesia, a term used in the 1880s to refer to excessive morbid sensitivity of the nerve centers, a condition that had come to carry parapsychological connotations by 1920.
His interests led him to studies in practical occultism as well as to psychology and he began to be interested in things Oriental, studying Hebrew and Coptic texts, and subsequently hieroglyphics, Assyrian, and finally Sanskrit and Chinese. He eventually came to translate several Oriental books of wisdom, and apparently his interest in such texts led his mind into paths not normally followed. 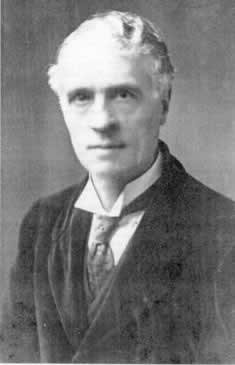 Dr Walter Gorn Old ( 1864- 1929 ) was a notable English 19th century astrologer, better known as Sepharial.  He wrote numerous books, some of which are still highly regarded today. He was editor of "Old Moore's Almanac", which is still published in the 21st century.

As a young man Sepharial initially studied medicine and followed this up with studies in psychology, oriental languages, astrology and numerology. In 1886 he started to write an astrology problem page in the Society Times, where he answered the public's questions, and in 1887 at the age of just 23 was admitted to the "inner sanctum" of the Theosophical Society.

He was one of the founder members of the Theosophical movement in England.

Madame Blavatsky (whom he lived with until her death) called him "The Astral Tramp" because of his nightly explorations into the astral plane. He can be credited as the first astrologer to use Earth's "dark moon" Lilith in his calculations. Genuinely erudite, Sepharial had for example a greater knowledge of mathematics, astronomy, and historical methodology than most of his astrological contemporaries and this showed in his writings.  Sepharial's "Degrees of the Zodiac Symbolised" (co-written with Charubel) foreshadowed Marc Edmund Jones's subsequent (and nowadays better known) work on Sabian Symbols.