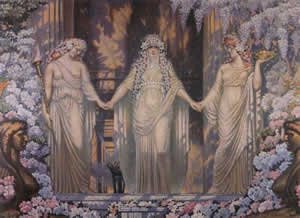 All religious movements consist of two parts.  There is a more general part run by ordinary priests and aimed at the public as a whole.  Then there is the Mystery part of the religion.  For example there is the Hindu religion and then Yoga - the equivalent of a mystery religion.  There is Islam, with the Mystery aspect as Sufism.  The Ancient Egyptians had a more general religion then a part they called the Greater Mysteries.  The Ancient Egyptian Book of the Dead was a codified description of some of the knowledge of these Mysteries.  The Greeks had a more general religion with codified laws, but it had several Mystery religions.  There are two Mystery groups that I have provided more detailed descriptions for the Eleusinian Mysteries and the Dionysian mysteries.  There are, however, numerous other Mystery religions.  The Romans had a general religion aimed at the general public, but it also had the Roman Mysteries.

Almost every culture at one time had the equivalent of a Mystery tradition - the Celts, the Druids, the Greeks and Cretans as we have seen, the Syrians, the Persians, the Maya, the American Indians and so on.  Shinto had the Geisha and even today, the advanced degrees of a number of so called martial arts disciplines include spiritual Mysteries.  Many of these are on this site.

The Mysteries were only ever revealed to a very few, chosen as suited to receive instruction. 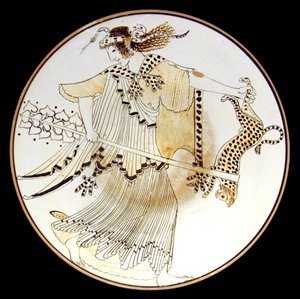 Whereas the more general part of the religion teaches moral laws and guidelines, often extensively documented and eventually codified into laws, whose aim is to help people work together and live a life, the Mystery part actually provides people with spiritual experience.  Thus a set of highly experienced and gifted Hierophants would Initiate candidates into the Mysteries.

Despite the secrecy, there is enough information to know that, for example, Sexual stimulation was used extensively to initiate candidates in some of the Mystery religions, along with Stimulation of trigger points [the two are mutually compatible].  We know that the pineal gland featured strongly in the techniques because of the extensive use of the thyrsus as a symbol in all Mystery religions and the pineal gland is said to be stimulated, for example, by the 'third eye' and the roof of the mouth trigger points.  It is worth noting that this same point is used in hypnotherapy today. 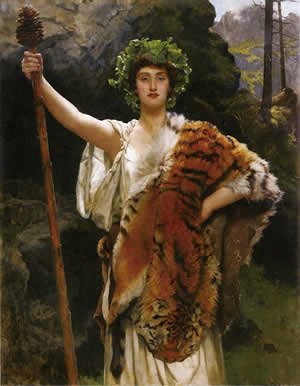 Not only are numerous older inner temples known to have been the site of Mystery ceremonies, but the Great Pyramid at Giza was an initiation centre - not a burial place as archaeologists seem to believe.  All were ideal as the Mysteries also made extensive use of Sensory deprivation as a method and various forms of Hypnosis.  There was in some cases also use of high emotion in the form of fear, or awe or terror!

Through a progression of stages like those I have shown for the spiritual path, candidates went through rebirth and then on to ecstasy, nirvana and annihilation and thus avoided reincarnation.

So if we wish to summarise what a Mystery religion is, it is the Red route and not the Blue route!

The results of the process produced some quite profound effects.  First of all the Initiates lost all fear of death
"Thanks to the Mysteries, death for mortals is not an evil but a good".  They also gained considerable powers - healing for example, and wisdom.  Every person who emerged from the process - both men and women - belonged to a secret society which moved and worked with higher purpose and profounder wisdom.  Diodorus wrote "It is said that those who have participated in the Mysteries become more spiritual, more just and better in every way".

If we look at a list of just some of the people who underwent this process, it reads like a roll call of the great....

Moses was only half Hebrew, one of his parents was Egyptian and the New Testament specifically states that 'Moses was instructed in all the wisdom of the Egyptians'.  According to the same source he also took a pledge of silence upon his initiation.  The wisdom that Moses acquired was learnt in the famous temple school in the city of On, named Heliopolis by the Greeks when they conquered Egypt.  But it is called On in the Bible.  A sacred way stretched from the foot of the plateau upon which rested the pyramids to link them with Heliopolis.  Both Heliopolis and Memphis 'looked to the Great Pyramid as their highest shrine of the Mysteries'.

Socrates was another candidate.  He said "those who are acquainted with the Mysteries insure to themselves very pleasing hopes against death".

Among the other ancients initiated into the Mysteries we also have:

In the days when the Mysteries were at their height, the Hierophants had a profound knowledge of how to induce the state required and how to communicate and guide the person whilst he was out of body and also how to revive the person safely.  People in this state appeared dead or at least in a profound coma, in the symbolic language of the Mysteries he had 'descended into the tomb'.  Such a man was said to have 'died and been resurrected'  - often this death involved a rebirth experience.

It is worth adding that many of the hierophants in the Mystery religions were women skilled at both causing this profound out of body state and also equally skilled in 'resurrection' - the Geisha for example.

The name occasionally given to someone who had been through the process and by doing so had become someone extremely in all the most profound spiritual truths was an 'Adept'.  It is rare for an Adept to be known, normally an Adept's wisdom is distributed via his [or her] disciples.  Adepts can communicate without meeting and according to some sources can "use the body of another person by a process known as overshadowing during which the Adept projects himself into the other's body for the purposes of guiding the person".

It may be worth reading the section on the Rosicruceans to get more detail, as Adepts are all part of the Brotherhood.