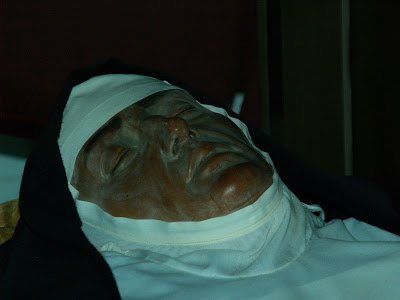 Sister Ursula Micaela Morata (1628 - 1703) was a nun and the founder of the convent of the Capuchin Poor Clares in Alicante, Spain.

Born into a well-to-do family, Morata was the youngest of thirteen brothers and sisters. Her father, Marco Aurelio Morata e Iscaya, was an Italian knight from Savoy. Her mother, Juana Garibaldo, from Madrid, was also of Italian ancestry.

But in 1632, her parents died within three days of each other, when Morata was three years old. She was left in the care of her elder sister, Sebastiana.  Thanks to her sister, she learned to read and to write, an uncommon practice at the time, especially for women. 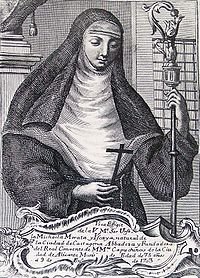 When she was four years old, she had her first spiritual experience during an attack of smallpox that brought her to the brink of death.

In 1647 [aged 19] , she took her religious vows in the convent of the Capuchin Poor Clares of Murcia, adopting the name Micaela.  From this point on, she used the practises then common in the church  - fasting and ‘mortification’ and had more experiences – visions, out of body, enhanced perception, and prophecy.  Her out of body experiences took her to other nations, and her prophecy, made her an oracle to Charles II of Spain and John of Austria the Younger, with both of whom she maintained a correspondence.

In 1652, she was ordered by her confessor to write her autobiography. 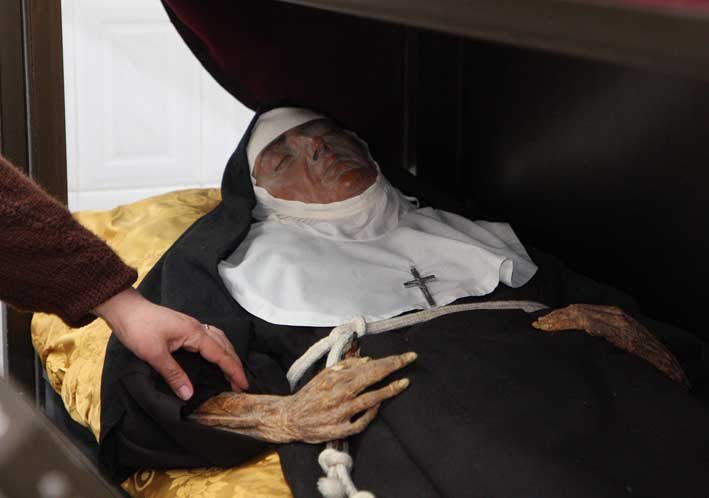