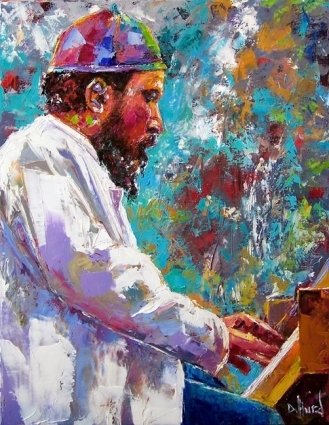 Monk had a unique improvisational style and made numerous contributions to the standard jazz repertoire, including "'Round Midnight", "Blue Monk", "Ruby, My Dear", "In Walked Bud", and "Well, You Needn't".

Monk is the second-most recorded jazz composer after Duke Ellington, which is particularly remarkable as Ellington composed more than 1,000 pieces, whereas Monk wrote about 70.

His compositions and improvisations feature dissonances and angular melodic twists, and are consistent with Monk's unorthodox approach to the piano, which combined a highly percussive attack with abrupt, dramatic use of silences and hesitations.

He was renowned for his distinctive style in suits, hats, and sunglasses. He was also noted for an idiosyncratic habit observed at times during performances: while the other musicians in the band continued playing, he would stop, stand up from the keyboard, and dance for a few moments before returning to the piano.

Monk is one of five jazz musicians to have been featured on the cover of Time, after Louis Armstrong, Dave Brubeck, and Duke Ellington, and before Wynton Marsalis. 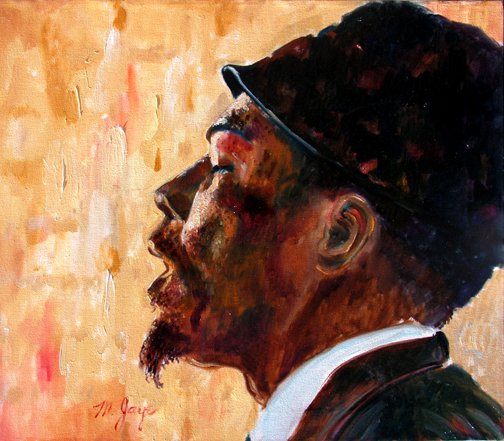 In 1922, the family moved to Manhattan, New York City. Monk started playing the piano at the age of six and was largely self-taught.

He toured with an evangelist in his teens, playing the church organ, and in his late teens he began to find work playing jazz.

Monk's mother Barabara supported Thelonious Jr.'s decision to follow a Christian evangelist, a woman whose name was never known to the family (and whose precise religious affiliation was just as hard to pin down), on a barnstorming tour of Midwestern towns for nearly two years.  Monk's travels through Kansas and other states is the most mysterious and undocumented time in Monk's life. But they were also perhaps his most fruitful years as an itinerant artist, learning how to call tunes on the spot, and how to respond to both musicians and audiences in the moment.

In the early to mid-1940s, Monk was the house pianist at Minton's Playhouse, a Manhattan nightclub. Much of Monk's style was developed during his time at Minton's, when he participated in after-hours "cutting competitions" which featured many leading jazz soloists of the time. The Minton's scene brought Monk into close contact with other leading exponents of the emerging music styles, including Dizzy Gillespie, Charlie Christian, Kenny Clarke, Charlie Parker and, later, Miles Davis. Mary Lou Williams, who mentored Monk and his compatriots, spoke of Monk's rich inventiveness in this period.

In Lewis Porter's biography, John Coltrane: His Life and Music; Coltrane stated that Monk at the time was:

exactly the opposite of Miles [Davis]: he talks about music all the time, and he wants so much for you to understand that if, by chance, you ask him something, he'll spend hours if necessary to explain it to you.

Art Blakey also said that at the time Monk was excellent at both chess and checkers. 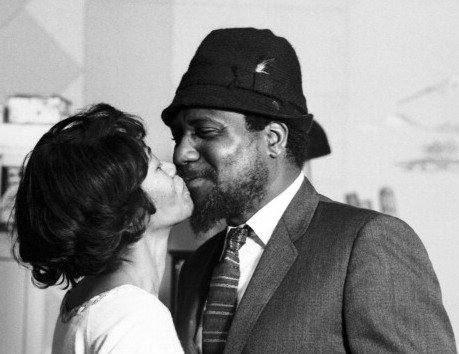 Monk was a naturally talented man, a person born to play and inspired initially by his evangelical exposure – a belief in the spiritual world – and by his natural humility.  He was loyal and supportive of his friends and his family and thus was also inspired by love.

Key to Monk's life were the women who supported him at that time, women who remained loyal to him for the rest of his life:

Nellie Monk can't be underestimated for her role as partner, protector, career manager and supporter of Thelonious Monk. She gave her husband the space and time to develop his musical sense of space and time. She also cleaned private homes and worked as a seamstress in the lean years: The period when his music was dismissed or ignored by critics, thus making him a hard sell to the public, to club managers and to anyone considering him for studio recordings.
Along with his mother Barbara, we should also not forget the great pianist and composer Mary Lou Williams, who defended, promoted and befriended Monk. Reportedly, she first heard him as a young man in Kansas City while he was touring with that mysterious traveling evangelist. She later helped him get gigs in New York, and introduced him to a great deal of music. Despite Monk's Baptist roots and travels with evangelical revivals, he attended Catholic churches with Williams. 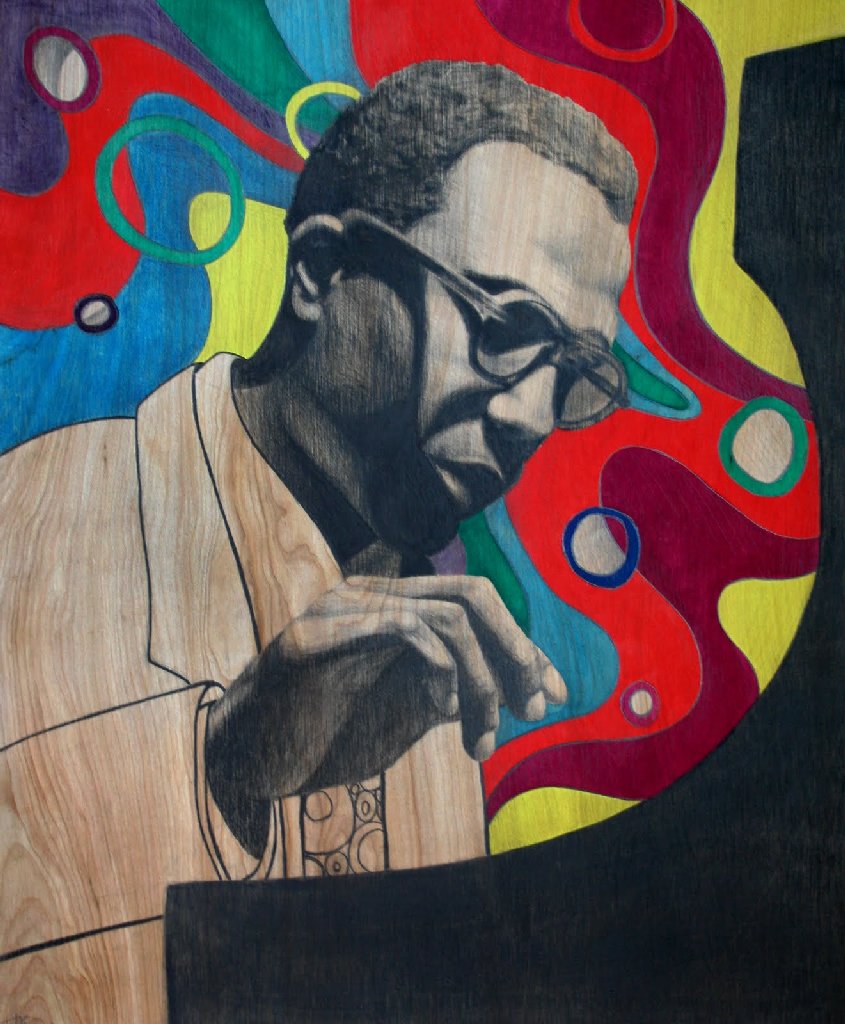 Initially, Monk wanted nothing to do with drugs of any sort.

On August 1951, for example, New York City police searched a parked car occupied by Monk and his friend Bud Powell. The police found narcotics in the car, belonging to Powell. Monk refused to testify against his friend, so the police confiscated his New York City Cabaret Card.

Without the all-important cabaret card he was unable to play in any New York venue where liquor was served, and this severely restricted his ability to perform for several crucial years. Monk spent most of the early and mid-1950s composing, recording, and performing at theaters and out-of-town gigs.

But the 1950s and 1960s were a time when drugs figured very very prominently in American society and Monk was surrounded by people who succumbed. 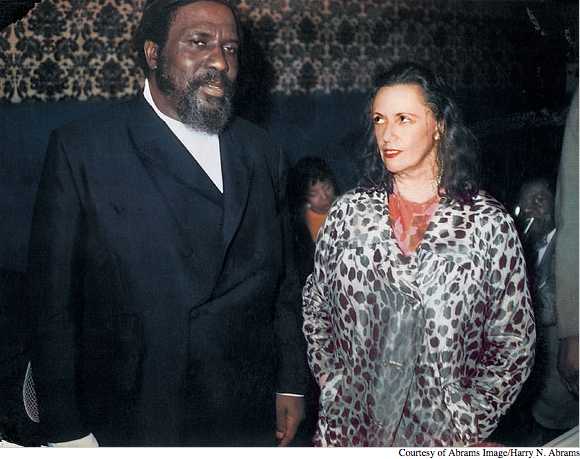 Thelonius with the Baroness

In 1954, Monk had been introduced to one Baroness Pannonica "Nica" de Koenigswarter, a member of the Rothschild family. She would be a “close friend” for the rest of Monk's life, including taking responsibility for him when she and Monk were charged with marijuana possession.

I once met a lady called Frankie, from an aristocratic family who was a heroin smuggler and dealer.  She was very nice.  She said she would let me have some heroin 'for free' because she liked me - I think she probably did, because I talked to her when no one else did.  She told me one hit wouldn't do any harm, that it wasn't addictive .... I said I didn't need it, I was happy.  She said she wanted to be my friend. ................  It is too easy, except with me, but then I was not poor, or talented, or racially discriminated against.  I have never taken drugs, but I can see why people get drawn in.

On October 15, 1958, en route to a week-long engagement for the quartet at the Comedy Club in Baltimore, Maryland, Monk and de Koenigswarter were detained by police in Wilmington, Delaware. When Monk refused to answer the policemen's questions or cooperate with them, they beat him with a blackjack. Though the police were authorized to search the vehicle and found narcotics in suitcases held in the trunk of the Baroness's car, Judge Christie of the Delaware Superior Court ruled that the unlawful detention of the pair, and the beating of Monk, rendered the consent to the search void as ‘given under duress’.

In the 1950s and 60s, a large number of artists and musicians tried psilocybin mushrooms for numerous reasons one of which was simply curiosity.  Often it was the least creative who sought help, but Monk needed no help, he was already on the top of his hill.  Generally speaking it is the use of LSD which tended to get publicised and was better known to the general public, but many of those who took LSD had first tried psilocybin mushrooms.  For example, a  very large number of people in pop groups tried mushrooms and an even larger number of jazz musicians including people like Dizzy Gillespie.  Eventually it was Allen Ginsberg who was the evil sorcerer in the equation. 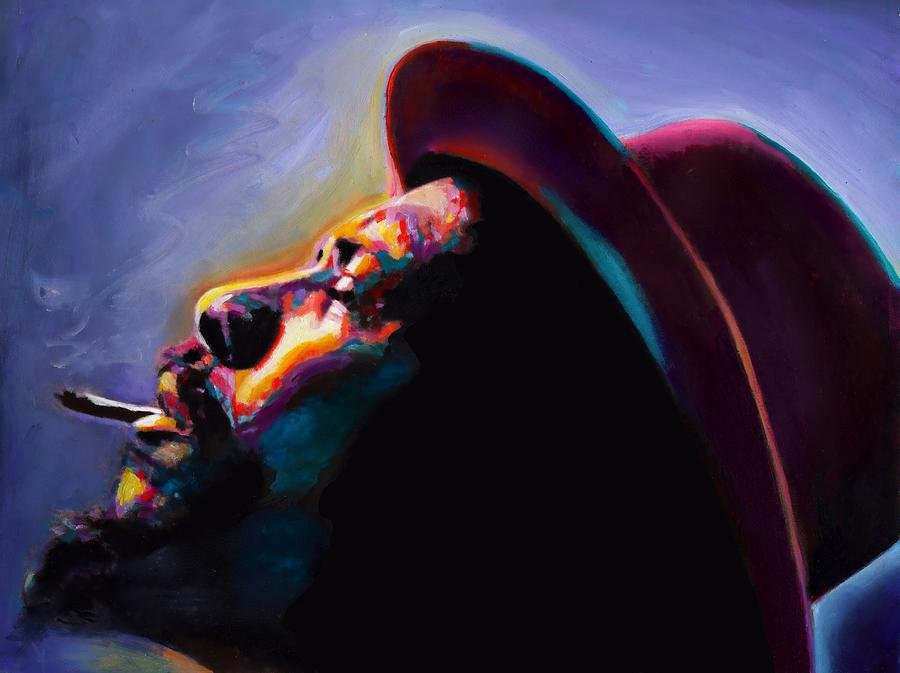 I gave 15 mushrooms to Thelonius Monk and he wanted to be alone with family in his house.  I spoke to him on the phone 5 hours later and he was fine


Except he wasn’t, it damaged his brain.

Up to this point, Monk was a gifted man.  His music was extraordinary – difficult and almost impossible to write down in order that anyone else could play it.

After the exposure to drugs via Leary and Ginsberg, Monk sunk.

After ‘extensive negotiations’, Monk signed in 1962 to Columbia Records, one of the big four American record labels of the day along with RCA Victor, Capitol, and Decca. Monk's relationship with Riverside had soured over disagreements concerning royalty payments and he had not recorded a studio album since 1959, all of which was a sure sign something was amiss. 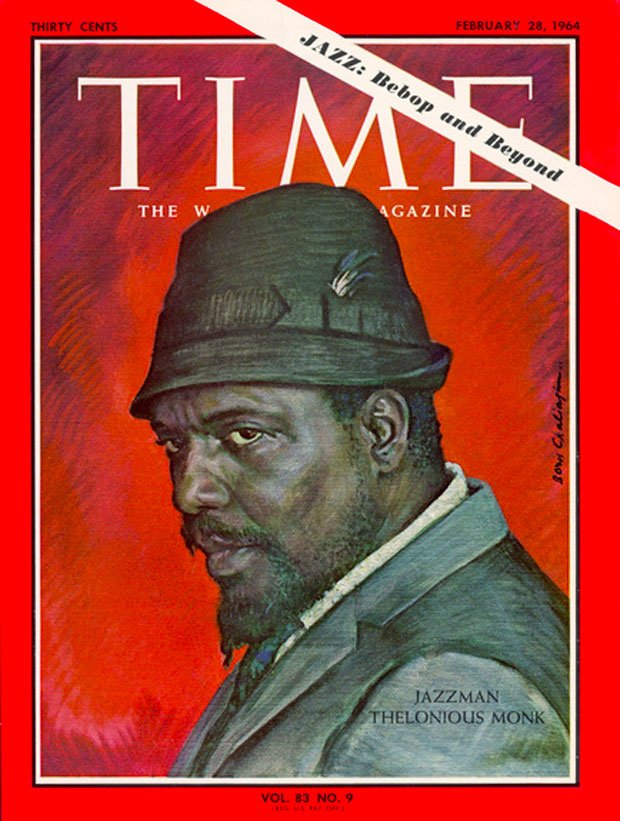 Columbia's resources allowed Monk to be promoted more heavily than earlier in his career. Monk's Dream would become the best-selling LP of his lifetime, and on February 28, 1964, he appeared on the cover of Time magazine, being featured in the article "The Loneliest Monk".

He continued to record studio albums, particularly Criss Cross, also from 1963, and Underground, from 1968. But by the Columbia years his compositional output was limited, and only his final Columbia studio record Underground featured a substantial number of new tunes, including his only waltz time piece, "Ugly Beauty".

The documentary film Thelonious Monk: Straight, No Chaser (1988) attributes Monk's quirky behaviour to mental illness. In the film, Monk's son, T. S. Monk, says that his father sometimes did not recognize him, and he reports that Monk was hospitalized on several occasions due to an unspecified mental illness that worsened in the late 1960s. No reports or diagnoses were ever publicized, but Monk would often become excited for two or three days, pace for days after that, after which he would withdraw and stop speaking.

Physicians recommended electroconvulsive therapy as a treatment option for Monk's illness, but his family would not allow it; antipsychotics and lithium were prescribed instead. 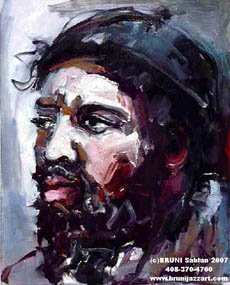 At which point Monk really became ill.  In Leslie Gourse’s book Straight, No Chaser: The Life and Genius of Thelonious Monk (1997), Gourse writes that Monk's psychiatrists failed to find any evidence of manic depression (bipolar disorder) or schizophrenia and yet they gave him antipsychotics and lithium anyway.

Another physician has explicitly stated that Monk was misdiagnosed and prescribed drugs during his hospital stay that ‘may have worsened the damage already done ’.

Monk had disappeared from the scene by the mid-1970s, and made only a small number of appearances during the final decade of his life. His last studio recordings as a leader were made in November 1971 for the English Black Lion label, near the end of a worldwide tour with the Giants of Jazz, a group which included Dizzy Gillespie, Kai Winding, Sonny Stitt, Al McKibbon and Art Blakey.

Bassist Al McKibbon, who had known Monk for over twenty years and played on his final tour in 1971, later said:

On that tour Monk said about two words. I mean literally maybe two words. He didn't say 'Good morning', 'Goodnight', 'What time?' Nothing. Why, I don't know. He sent word back after the tour was over that the reason he couldn't communicate or play was that Art Blakey and I were so ugly. 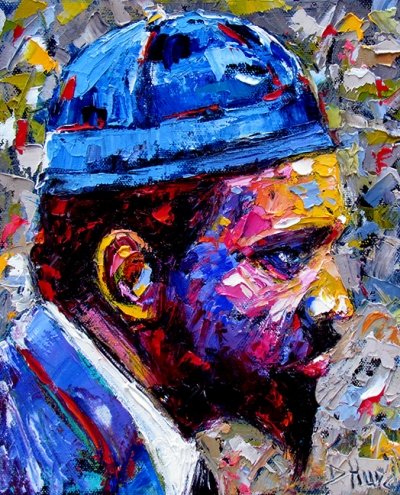 This is what brain damage via drugs does.

As his health declined, Monk's last six years were spent as a 'guest' in the Weehawken, New Jersey home of Baroness Pannonica de Koenigswarter, who had also nursed Charlie Parker during his final illness another victim of drugs.

Monk did not play the piano during this time, even though one was present in his room, and he spoke to few visitors.

He died of a stroke on February 17, 1982, and was buried in Ferncliff Cemetery in Hartsdale, New York.

In 1993, he was posthumously awarded the Grammy Lifetime Achievement Award. In 2006 he was awarded a special Pulitzer Prize citing:

a body of distinguished and innovative musical composition that has had a significant and enduring impact on the evolution of jazz.