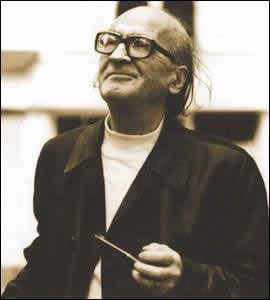 Mircea Eliade (1907 –1986) was a Romanian historian of religion, fiction writer, philosopher, and professor at the University of Chicago. He was a leading interpreter of religious experience.  Eliade had fluent command of five languages (Romanian, French, German, Italian, and English) and a reading knowledge of three others (Hebrew, Persian, and Sanskrit).

His theories were based on the hypothesis that  hierophanies as opposed to theophanies form the basis of religion.   A theophany is an appearance of God or some form of the sacred or divine realm, whereas a hierophany is  a  "breakthrough of the supernatural into the World” – so any form of religious experience.  Eliade is noted for his attempt to find broad, cross-cultural parallels and unities in religion, particularly in myths.

Eliade believed that, in traditional societies, myth represents the absolute truth about prehistoric times. According to the myths, this was the time when the “Sacred first” appeared, establishing the world's structure—myths describe the events that made society and the natural world be that which they are. Eliade argues that all myths are, in that sense, origin myths: "myth, then, is always an account of a creation". 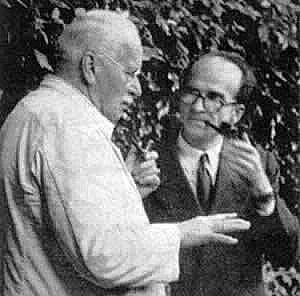 Eliade argued that so called ‘primitive’  man attributed no value to the linear march of historical events: only the events of the mythical age. To give his own life value, ‘primitive’ man performed myths and rituals, by recounting or reenacting mythical events.

"In imitating the exemplary acts of a god or of a mythical hero, or simply by recounting their adventures, the man of an archaic society detaches himself from profane time and magically re-enters the Great Time, the sacred time."

Eliade called this concept the "eternal return".  It is the basis on which an understanding of most early religions such as the Dreamtime and Celtic or Nordic myths for example can be understood.

Eliade’s parents were Orthodox Christians, and as a child he was fascinated with the Christian faith as expressed by peasants, the natural world, and Romanian folklore.  He also had spiritual experiences during the war – see the observations. 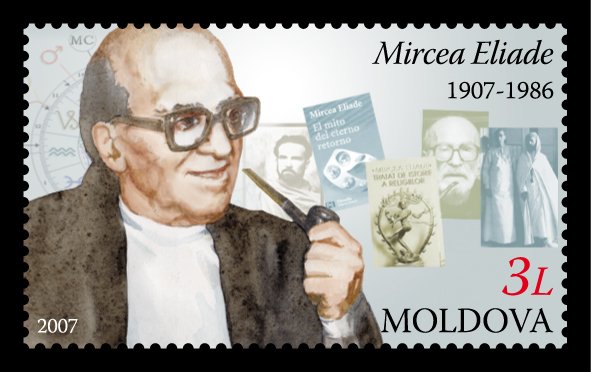 When Nina Eliade, Mircea’s wife, fell ill with uterine cancer and died in late 1944, Eliade became ill with clinical depression.  Searching for effective antidepressants, he medicating himself with passion flower extract, and, eventually, with methamphetamine.  This was probably not his only experience with drugs: vague mentions in his notebooks have been read as indication that Mircea Eliade took opium whilst he was in India.  Later, discussing the works of Aldous Huxley, Eliade wrote that the British author's use of mescaline as a source of inspiration had something in common with his own experience, indicating 1945 as a date of reference and adding that it was "needless to explain why that is".

Between 1925 and 1928, Eliade attended the University of Bucharest’s Faculty of Philosophy and Letters, earning his degree with a study of the  philosopher Tommaso Campanella.

Eliade left for British India in 1928 to study under Surendranath Dasgupta, a professor at Calcutta University, the author of a five volume History of Indian Philosophy. Whilst there, he studied the basics of Indian philosophy, and, in parallel, learned Sanskrit, Pali and Bengali under Dasgupta's direction.  Eliade received his PhD in 1933, with a thesis on Yoga practices.He later recalled that the thesis was an early step for understanding not just Indian religious practices, but also Romanian spirituality.  During the same period, Eliade began a correspondence with the Ceylonese-born philosopher Ananda Coomaraswamy.

During his student years Eliade met Nae Ionescu, a philosopher who lectured in Logic, in 1936-1937, Eliade became honorary assistant for Ionescu's course, lecturing in Metaphysics. 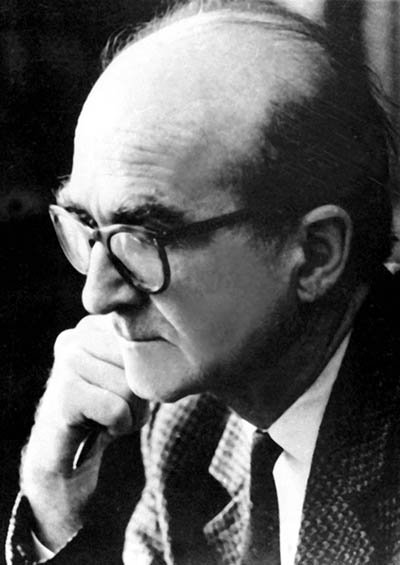 For a short while Eliade turned from spirituality to Truirism - a form of existentialism.  He was also close to Marcel Avramescu, a former Surrealist writer. A doctor in the Kabbalah and future Romanian Orthodox cleric, Avramescu joined Eliade in editing the short-lived esoteric magazine called  Memr.

By 1937, he was supporting the Iron Guard, in which he saw "a Christian revolution aimed at creating a new Romania".  The stance taken by Eliade resulted in his arrest on July 14, 1938. Eliade was kept for three weeks in a cell at the Siguranja Statului Headquarters, in an attempt to have him sign a "declaration of dissociation" with the Iron Guard, but he refused to do so. In the first week of August he was transferred to a makeshift camp at Miercurea-Ciuc. When Eliade began coughing blood in October 1938, he was taken to a clinic in Moroeni.  He was released on November 12.

In April 1940, Eliade became the Cultural Attaché to the United Kingdom, a posting cut short when Romanian-British foreign relations were broken. After leaving London he was assigned the office of Counsel and Press Officer (later Cultural Attaché) to the Romanian Embassy in Portugal,where he was kept on as diplomat.

During the war, Eliade traveled to occupied France, Spain and to Berlin, meeting writers, political theorists and philosophers.  In his private notes, Eliade wrote that his visits abroad convinced him that he had "something great to say", and that he could not function within the confines of "a minor culture".

At signs that the Romanian communist regime was about to take hold, Eliade opted not to return to the country. On September 16, 1945, he moved to France with his adoptive daughter.  Once there,  he taught at the École Pratique des Hautes Études in Paris.

In October 1956, Eliade moved to the United States, settling in Chicago the following year.  He was invited by Joachim Wach to give a series of lectures at Wach's own institution, the University of Chicago.  Upon Wach's death before the lectures were delivered, Eliade was appointed as his replacement, becoming, in 1964, the Sewell Avery Distinguished Service Professor of the History of Religions. Beginning in 1954, with the first edition of his volume on Eternal Return, Eliade also enjoyed commercial success: the book went through several editions under different titles, which sold over 100,000 copies.

In 1966, Mircea Eliade became a member of the American Academy of Arts and Sciences.  He also worked as editor-in-chief of Macmillan Publishers' Encyclopedia of Religion, and, in 1968, lectured in religious history at the University of California, Santa Barbara.  It was also during that period that Mircea Eliade completed the  History of Religious Ideas, which grouped together the overviews of his main original interpretations of religious history. 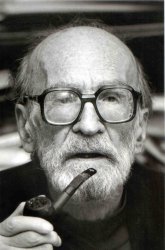 The last academic honors bestowed upon him were the French Academy's Bordin Prize (1977) and the title of Doctor Honoris Causa, granted by the University of Washington (1985).

He was elected a posthumous member of the Romanian Academy.

Eliade wrote numerous works of fiction, but his main works on religion include the following [the list is not exhaustive]

There are numerous extracts from Mircea Eliade's books on this site.  In order to try to be consistent, they are placed under the source they describe - for example 'Siberian shamanism', but his name appears in the heading - Mircea Eliade.  The observations listed here appear small, but they are his spiritual experiences as opposed to his descriptions of other people's experiences.  Again, to try to be consistent, I have placed 'Eliade, Mircea' in the heading of these observations.