The following description was derived from this LINK .  I do not know how accurate it is, but it is a lot more unbiased and helpful than the Wikipedia entry on Joe.

This LINK provides a playback of a teleconferencing event when he provides more details. 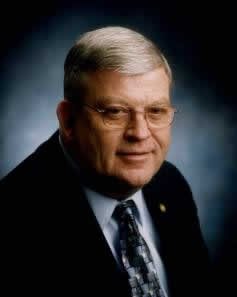 Joseph McMoneagle (born January 10th, 1946) is one of the most well-known and respected remote viewers to emerge from the U.S. Army's Stargate program. McMoneagle is listed as "Remote Viewer #001". He runs the Monroe Institute’s Remote Viewing programme, but also has his own company.

McMoneagle was born premature (weighing 1 pound 12 ounces) with his twin sister Margaret, and raised in lower income areas of Miami, Florida. By his own testimony (see his book The Stargate Chronicles), his father was an alcoholic, and his mother overly fearful for her children's safety, to the point of being abusive in trying to control them. “I remember as a teen being struck so hard and so many times that I had ringing in my ears and my nose or my lips would bleed”.  He says that his natural ability as a psychic was forged in this environment: Physical abuse and beatings.

Over the years, I began to display an almost uncanny ability to read my mother's actions long before even she knew what she was going to do. In hindsight, I'd have to say it was the natural evolution of a survival skill.

McMoneagle also says he has perceptions extending back to within his first year after birth, and says his twin sister Margaret was even more 'psychic' than he. When 10 or 11 years old, he says he was 'visited' by some sort of entity (spirit helper or even another person) who was Indian in appearance and went by the name Karanja. He has had subsequent visits from Karanja throughout his life, one of which happened during a meditation at a Gateway Seminar at the Monroe Institute.

His first tour of duty was on the island of Eleuthera in the Bahamas. McMoneagle says only two things of note happened during his stay there - Hurricane Betsy and a close encounter with a UFO:

We found ourselves enveloped within a very bright cone of light, which was coming from the undercarriage of something hovering directly over us. The object appeared to be approximately fourteen hundred feet above the ground. It was making no noise. In fact, it was like standing inside a vacuum bottle: now we couldn't even hear the waves breaking on the beach to our immediate right. The object was elliptical in shape, and appeared to be quite large. The light was bright enough to make me want to protect my eyes from exposure. After a few seconds, the light winked off, and the object accelerated away, quickly disappearing from sight.

McMoneagle relates that both he and his acquaintance sported a severe sunburn the next day.

He met his first wife Sue shortly before his assignment to South Vietnam, postponing their wedding until after his return. McMoneagle describes his experience in Vietnam as "not pleasant...Wars are evil." He does say though that his psychic ability came to the fore in letting him know when he was in danger [War].

“As a result of these Tet holidays, I and others are still bolting awake in the early morning hours more than thirty years later, with memories that would haunt Dante.  Modern weapons of war do not simply punch holes in the human body, they shred them to pieces and spew them across open ground where they congeal and rot in the hot humid air.  The smell alone is sufficient to power nightmares for centuries after, never mind the visions seared across the backs of the eyes”.

After Vietnam, and a quick stopover to get married to Sue in America, McMoneagle was given orders for Southern Germany. It was during this tour of duty that he had a classic Near Death Experience after collapsing outside a restaurant.  He describes this as a turning point in his life, which influenced him to dig deeper into the metaphysical world, reading historical and religious classics. After this point he also had regular spontaneous out of body experiences.

After his stint in Europe, McMoneagle was sent to Thailand from 1971 to 1973. During this time his relationship with his first wife came to an end, despite the birth of his son. He also had a second Near Death Experience after becoming very ill with Hepatitis B [Hepatitis].

McMoneagle met his second wife, Margaret Mary Murphy, while assigned again to Europe. In 1977 he was posted back to the United States to Arlington Hall Station as the senior projects officer for the deputy chief of staff for Signals Intelligence and Electronic Warfare (INSCOM). It was here that he had a cryptic meeting with Scotty Watt and Fred 'Skip' Atwater, who were scouting McMoneagle for their remote viewing project, in October 1978.

Subsequent to his scouting by Atwater and Watt, McMoneagle agreed to further testing by Hal Puthoff and Russell Targ at SRI in California. In his very first test, he received a first-class match to the target, Stanford University Art Museum. However, after returning to the project base at Fort Meade, he spent a couple of months (and around 24 practice attempts) not achieving the same success. However, on the 25th, he reports that something changed, and from then on his success rate went through the roof. In his words, "suddenly everything was connected in my head...from that point on, I began to improve remarkably from practice session to practice session."

At the end of 1978, the group moved from practice sessions to evaluations, and in 1979 the core group was opened up to other agencies for tasking, with the project name changing from Stargate to Grill Flame. In November 1979, the group was tasked for numerous hours on the Tehran hostage crisis.

In 1983, McMoneagle accompanied Fred Atwater to the Monroe Institute to meet personally with the famous 'out-of-body traveller' Robert Monroe. It was during this trip that he first bumped into his future third wife, Nancy Honeycutt (known to her friends and family as 'Scooter'), the stepdaughter of Robert Monroe. About a month later, he returned to the Monroe Institute to take part in a 'Gateway Seminar'.

Upon returning from the Gateway Seminar, McMoneagle heard his mother had passed away. While in Miami for her funeral, he also learnt that his father was terminally ill. McMoneagle began travelling regularly on weekends to the Monroe Institute to create a personalised set of Hemi-Sync tapes for himself, working closely with Robert Monroe. However, he would soon suffer two more low-points, with the death of his father from throat cancer, and the end of his second marriage. Soon after he applied for retirement from the U.S Army.

McMoneagle retired from the Army in 1984 and earned a Legion of Merit award for "providing crucial and vital intelligence unavailable from any other source."

McMoneagle maintained his association with the psychic spying program through the company he founded in 1984, Intuitive Intelligence Applications and has continued working as a consultant to the Cognitive Sciences Lab at SRI International. McMoneagle is still employed as a research associate at the Cognitive Sciences Lab (now in Palo Alto) working closely with scientist Dr Edwin May. McMoneagle has successfully demonstrated remote viewing on numerous television programs.

McMoneagle married  Nancy Honeycutt on November 22nd, 1984 (Thanksgiving Day). In June 1985, McMoneagle suffered a heart attack which almost took his life, and in 1998 he underwent a second open-heart bypass operation.

McMoneagle has had a number of successes viewing targets which have gone down in remote viewing folklore. Some of his more famous efforts: