Mary of Jesus of Ágreda 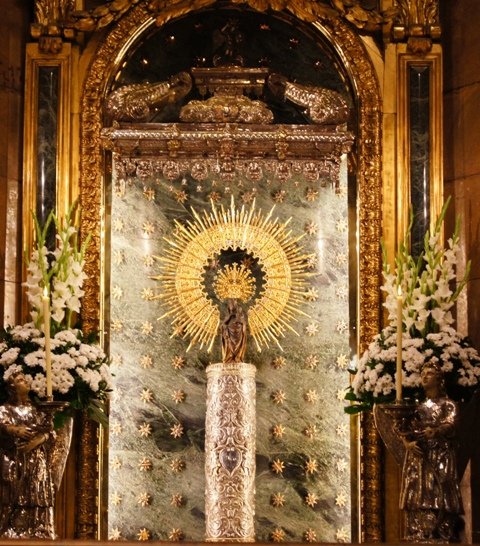 Mary was quite shrewd politically.  The shrine of El Pilar, was built because she claimed to have had a vision where the Virgin Mary appeared and told the story of its reconstruction.  As a consequence, Charles II, King of Spain, instigated the rebuilding of the fire-damaged Cathedral Basilica in Zaragosa in the Baroque style in 1681 and it was completed and rededicated in 1686.

But Mary is also of interest for her large number of spiritual experiences, a number of which were out of body and apparent ‘bilocation’ experiences between Spain and its colonies in New Spain (now New Mexico and Texas).  Mary was able to describe the way the earth looks from space and these OBEs are contained in her unpublished 17th Century "Tratado de rendondez de la Tierra" [Treaty on the roundness of the Earth].  This treatise would of be of great interest if it could be translated and published, as her out of body experiences appear to be genuine.

Less than ten years after her death, Mary of Jesus was declared Venerable by Pope Clement X, in honour of her "heroic life of virtue". Although the process of beatification was opened in 1673, it has never been completed. 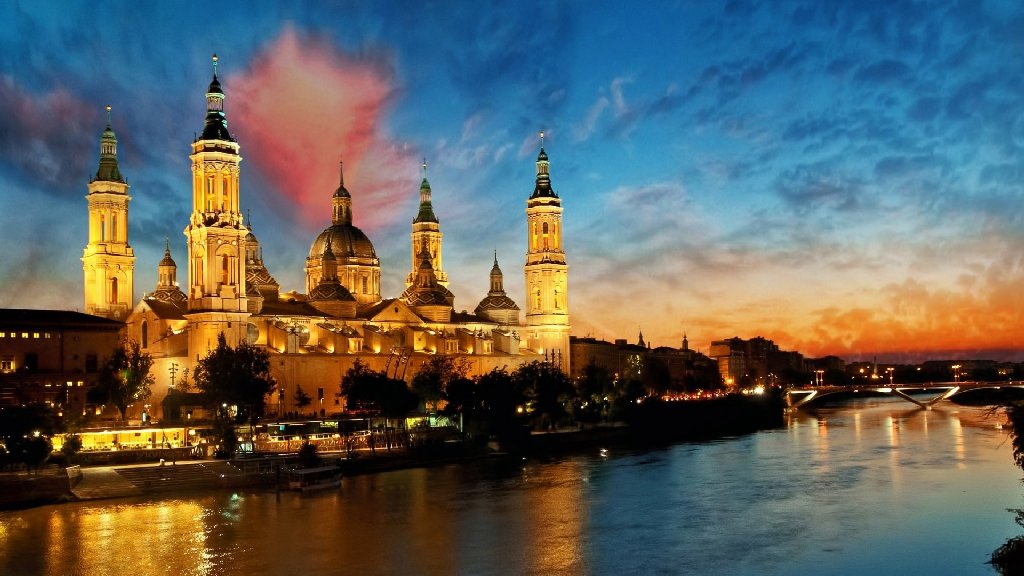 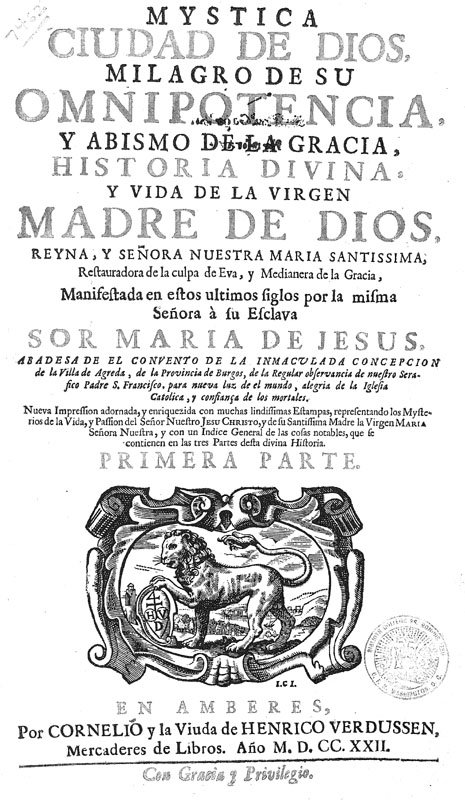 Mary believed she received these experiences directly from (dictated by) the Blessed Virgin Mary. The books include information about the relationship of the 'Blessed Virgin' with the Triune God; the Immaculate Conception of Virgin Mary, the Assumption of Mary, the duties of Michael the Archangel and Gabriel the Archangel; and meticulous detail on the childhood of Jesus. Other details that Mary related concerned Christ's Passion, Resurrection and Ascension.

Spiritual experiences that are about ‘heavenly’ things are always symbolic in content and Mary’s were not.  The explanations were wordy and in Spanish indicating that, without doubting the existence of the experiences, the source was Spanish and living. She could have been having experiences where she was exploring the group perceptions related to the Catholic Church, or it may have simply been telepathy, communication with a theologian or confessor on a subliminal level.  But although this has interest as yet another example of inter composer communication, it has little real value as a document of ‘truth’ concerning the spiritual realm.  The Virgin Mary was after all Jewish and spoke no Spanish.

The Catholic Church itself appears to have been none too pleased with the Mystical City of God and it was placed on the Church's Index Librorum Prohibitorum in August 1681. 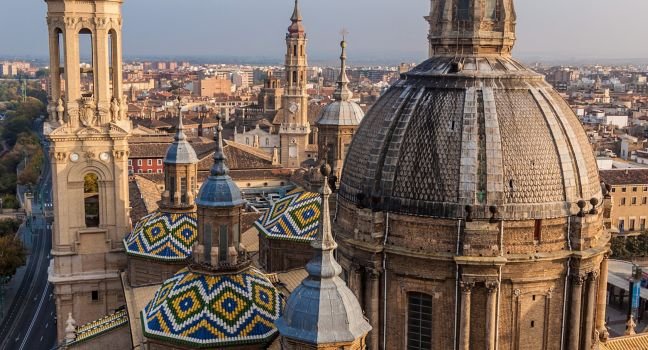 Mary of Jesus of Ágreda was born María Coronel y de Arana, the daughter of Francisco Coronel, a converso of Jewish descent, and Catalina de Arana, in Ágreda, a town located in the Province of Soria. The couple had 11 children, of whom only four survived into adulthood: Francisco, José, María and Jerónima.

Her childhood was not a happy one.  Mary later recalled that, as a very young child, she felt her parents were very hard on her.  Both her parents were ‘very fervent in their faith’ and it appears that ‘sin’ figured very prominently in her education. The family had close ties with the Franciscan friars of the Friary of San Julián, which lay on the outskirts of the town. Either the mother would go to the friary with her children for Mass and confession, or the friars would visit the family home.  Furthermore, Mary of Jesus' biographer and contemporary, the bishop José Jiménez y Samaniego, was a longtime friend of the Coronel family, and appears to have had considerable influence on her.  The poor little soul was confirmed at the age of 4 by Diego de Yepes, a bishop and the biographer and last confessor of Teresa of Avila. 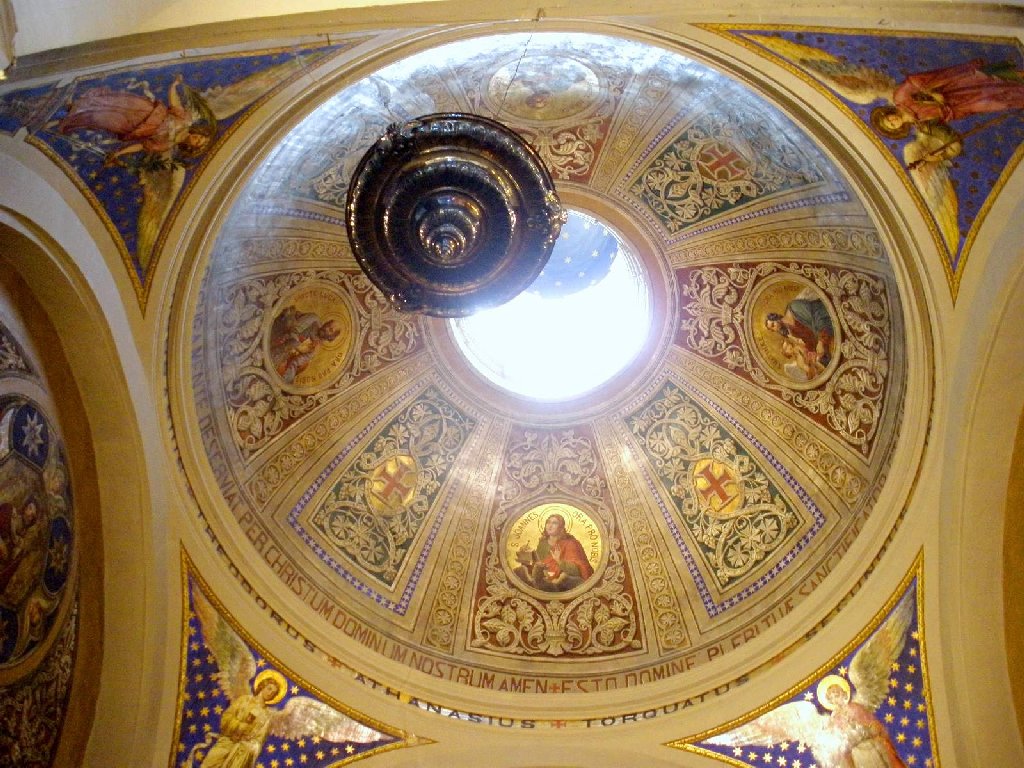 And it is here, with these two bishops, that we may have the source of her information in the visions, for if she was, as it appears, telepathic, then the two bishops - Bishop José Jiménez y Samaniego and Bishop Diego de Yepes - would seem the obvious candidates for the information.  Since she was feeding back to them what they believed, they naturally agreed with what she said, calling her ‘filled with divine knowledge’.  If she had been born about 300 years later she would have been called a medium and would have made her living from séances.

She was very young when her telepathic skills emerged, but of course she had no idea where the voices in her head were coming from.  The Catholic Church generally teach that in heaven there is God [and not much else] as such she naturally assumed the voice was from God and that God was instructing her about the sinfulness of the world, a conviction which would last throughout her life.  Mary was also quick to notice that her apparent mediumistic skills also softened her parents treatment of her “It was at this point in her life that she felt a growing warmth in her parents' attitudes toward her.”

Both mother and daughter appear to have had mediumistic skills, as such the telepathic ability was an inherited ability more than one that was developed or caused by illness.  For example, when Mary of Jesus was twelve, she made the decision to enter a monastery, having decided upon that of the Discalced Carmelite nuns in Tarazona.   But as her parents prepared to accompany her there, her mother - Catalina de Arana - had a ‘vision’ that told her she must turn the family home into a monastery in which both she and her daughters were to commit their lives as nuns.

Needless to say, while the young María was agreeable to this arrangement, her father refused to go along with it. In this he was supported by his brother, as well as by their neighbours, who all considered this arrangement unreasonable.  Given that the idea was probably placed in the minds of these two by the bishop, one can see that this is just a rather interesting way for the Church to obtain more property and the poor father’s opposition was somewhat justified.

We see similar effects in the cults of today, where highly suggestive people are persuaded to give up property and money to cult leaders.  It is easily done.

Mary’s father’s resistance lasted for three years, until in 1618, when he was in his early fifties, he and later his brother gave in and entered the Franciscan Friary of San Antonio in Nalda as a lay brother.  Catalina and her daughters then converted their family home into the Monastery of the Immaculate Conception, to be a part of the Order of the Immaculate Conception.  Mary of Jesus was 16 when she and her mother and sister took the religious habit of the Order and she was given the religious name by which she is now known.

Interestingly, as there were no monasteries of this branch in the region, three nuns of the original Calced branch were brought from their monastery in Burgos to serve as the abbess of the community and to train them in the life of the Order.   This exposure to genuine monastery life appears to have been something of a shock to Mary’s system and “Mary of Jesus later judged that .. these nuns were to teach them a way of life they had neither known nor practiced”.

And the true life of a nun made her ill.  Once she had made her religious profession in 1620, Mary of Jesus began to experience a long period of illness ‘and temptations’ – in that she started to see demons.   The illness is unknown but it is from these illnesses that she gained her out of body experiences.  She may even have had the equivalent of near death experiences.  Until the Tratado de rendondez de la Tierra" is examined we will not know.

As such we have 8 volumes of the thoughts of a clearly erudite bishop in Mystical City of God – the work everyone studies - transmitted via telepathy; and a far more interesting treatise of out of body experiences , which everyone seems to have ignored.

After her mother's death, Mary of Jesus, then aged 25, was appointed the Superior locum tenens, after which her fellow nuns elected her as their abbess. Though rules required the abbess to be changed every three years, Mary remained effectively in charge of the monastery until her death. 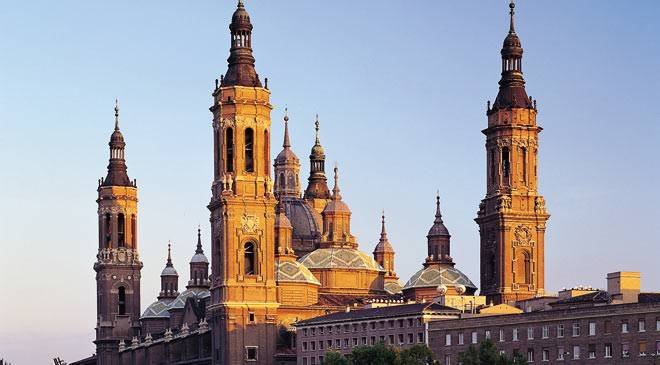