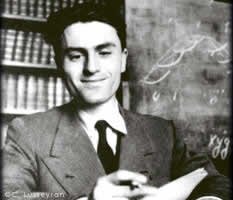 The following adapted extract comes from the biography to one of his books:

Jacques Lusseyran lost his sight in an accident when he was eight years old.

But Lusseyran wasted no time in self sympathy. For him sight was replaced by "an abundance of gifts"; enhanced senses and an incredible inner "memory screen" which could be scrolled through and "made room for everything". As a child, Jacques made full use of those abilities enjoying a full, happy childhood. He travelled life's journey along the banks of "a stream of light and joy". 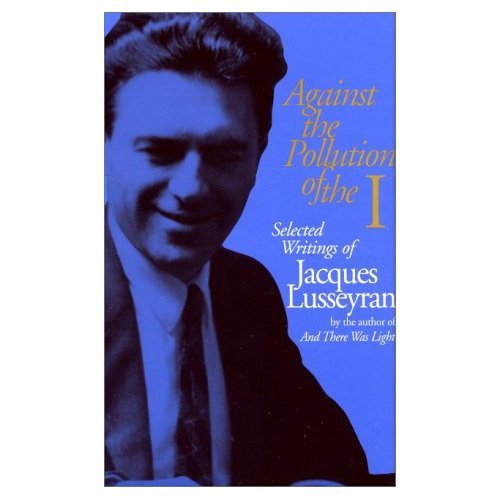 So, Jacques Lusseyran at no stage could not ‘see’, except that he did not use his eyes, he used his spiritual abilities which became more and more honed by use.

During his sixteenth year, his native France came under German Occupation and his ambitions to continue his advanced studies were dashed by an order from the Vichy Government.

Although intellectually gifted, he was rejected on the grounds of his blindness. This was a shattering blow, but courageously he rechannelled his energies into the hazardous task of leadership of a Youth Resistance movement.

Gradually the small resistance circle of boys widened, cell by cell. In a fascinating scene, the author tells of interviewing prospective underground recruits, 'seeing' them by means of their voices, and in this way weeding out early the weak and the traitorous. Eventually Jacques and his comrades were betrayed by one of their own members, a boy that Jacques admitted to having had doubts over, but recruiting despite his doubts. 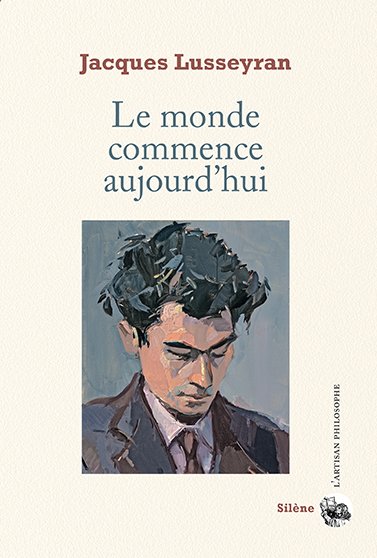 Lusseyran was interrogated by the Gestapo. And in several harrowing accounts he describes his ordeal.

After a fifteen month incarceration in Buchenwald, the author was one of thirty to survive from an initial shipment of two thousand.

His is, according to one reviewer of his autobiography,

a triumphant and inspiring story. It is a rare man who can maintain a love of life through the infirmity of blindness, the terrors of war, and the horrors of a Nazi concentration camp, but Lusseyran achieved this.

"Joy does not come from outside - it is within us"

'Light is in us even if we have no eyes.' 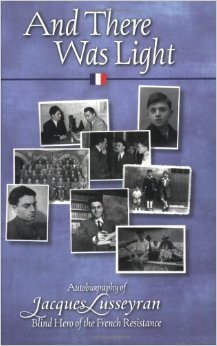