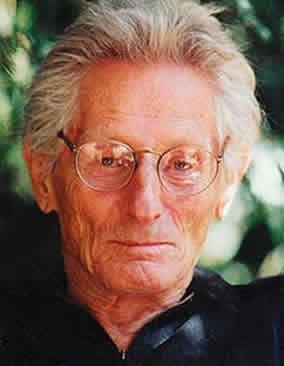 Dr John C Lilly (January 6, 1915 – September 30, 2001) was an American physician, psychoanalyst, philosopher and writer.  He was a pioneer researcher into the nature of consciousness and used the isolation tank as one of his principal tools.  At the National Institute of Mental Health (NIMH) in 1954,  he devised the first isolation tank, a dark soundproof tank of warm salt water in which subjects could float for long periods in sensory isolation. Lilly and a research colleague were the first to act as subjects in this research.

Lilly immersed himself in the water – kept at a constant  temperature of 96 degrees Fahrenheit.  He was fastened in a harness so he could barely move and breathed through a snorkel so that his face was covered with water.  By doing this there was no differentiation of sensation on any part of his body.  Within 3 to 4 hours [!] he had ‘tremendous visionary experiences’. 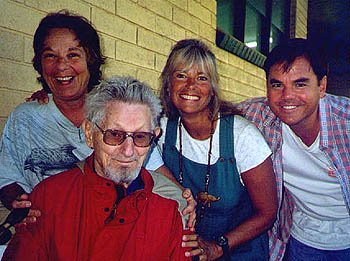 Lilly's ... human chronicle starts in St. Paul, Minnesota, in 1915. A scholarship whiz kid at the California Institute of Technology, Lilly graduated with a degree in biology and physics in 1938 and went on to earn his M.D. from the University of Pennsylvania. Though he became a qualified psychoanalyst, his first love was brain "hardware." His mastery of neurophysiology, neuroanatomy, biophysics, electronics, and computer theory gave him something of the technical ingenuity of the genie in The Arabian Nights From 1953 to 1958 he held two posts -- one at the National Institute of Mental Health (NIMH) and one at the National Institute of Neurological Diseases and Blindness -- both part of the National Institutes of Health (NIH), in Bethesda, Maryland. In his early years at the NIH he invented a technique that allowed scientists for the first time to take brainwave recordings from the cortex of unanesthetized animals. He also mapped the brain's pleasure and pain systems by direct electrical stimulation of its core regions. And in 1954, tackling the classic puzzle of what would happen to the brain if it were deprived of all external stimulation, he built the world's first isolation tank. 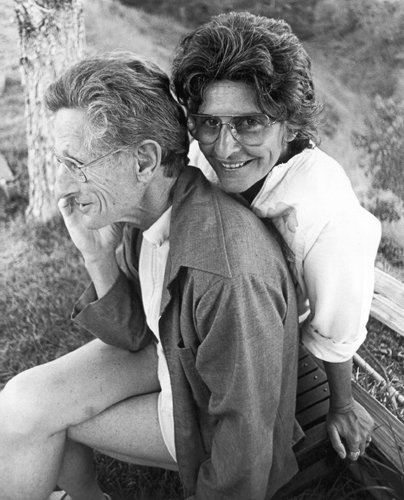 Floating in his dark, silent, saltwater void -- the original version of which required that he wear a skindiver's mask -- Lilly discovered that sensory deprivation did not put the brain to sleep, as many scientists had supposed. Furthermore, tanking led him far afield from the doctrine that the mind is fully contained within the physical brain. The tank, he declared, was a "black hole in psychophysical space, a psychological freefall," which could induce unusual sensations: reverie states, waking dreams, even a kind of out-of-the-body travel. (Today, of course, isolation tanks are so much a part of the culture that even straitlaced businessmen routinely spend their lunch hours -- and upwards of $20 -- relaxing in health-spa tranquillity tanks based on Lilly's original design.)

More and more enamored of the deep, womblike peace he experienced in the tank, Lilly began to wonder what it would be like to be buoyant all the time. Whales, dolphins, and porpoises sprang to mind, and the rest, of course, is history. By 1961, Lilly had resigned from the NIH to found and direct the Communications Research Institute, in the U.S. Virgin Islands and Miami, Florida, for the purpose of studying these big-brained, sea-dwelling mammals. Convinced that dolphins are not only smarter but more "humane" than Homo sapiens and that they communicate in a sophisticated sonar language popularized, rather inaccurately, by the baby-talking dolphins of the film Day of the Dolphin -- Lilly began a lifelong quest to "talk" to the Cetacea. Today he uses a "two-faced" computer system called JANUS -- named after the two-faced Roman god -- to work out a human/dolphin language.

While Lilly was experimenting with otherworldly states in the isolation tank, the halcyon days of hallucinogenic research were under way at the NIMH. (LSD was not to become a controlled and, therefore, sticky substance until 1966.) Lilly, however, did not try LSD until the early 1960s. Once he did, it became his high mass. Mixing LSD and isolation tanking for the first time in 1964, he entered what he described as "profound altered states" --transiting interstellar realms, conversing with supernatural beings, giving birth to himself, and, like Pascal, exploring infinities macroscopic and microscopic. "I traveled among cells. watched their functioning . . . and realized that within myself was a grand assemblage of living organisms, all of which added up to me," he would write of his illuminations in The Center of the Cyclone(1972). "I traveled through my brain, watching the neurons and their activities . . . I moved into smaller and smaller dimensions, down to the quantum levels, and watched the play of the atoms in their own vast universes, their wide empty spaces, and the fantastic forces involved in each of the distant nuclei with their orbital clouds of force field electrons . . . It was really frightening to see the tunneling effects and the other phenomena of the quantal level taking place."

By all accounts. Lilly has probably taken more psychedelic substances -- notably LSD and "vitamin K," the superhallucinogen he prefers not to identify -- than anyone else in the consciousness business. Since the lords and overseers of establishment science frown on using one's own brain and nervous system as an experimental laboratory, Lilly today reports his findings in popular books instead of in neurophysiology papers.