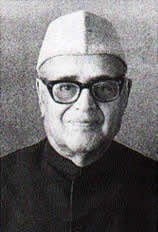 Gopi Krishna (1903 – 1984) is best known for his autobiography Kundalini: The Evolutionary Energy in Man  also known as  Living with kundalini: Autobiography of Gopi Krishna. The book was published in Great Britain and the United States and has since appeared in eleven major languages.  He also wrote - Kundalini path to higher consciousness.  And as you can see from the book titles, Gopi’s life was dominated by a kundalini awakening.

He was born near the city of Srinagar, in the Jammu and Kashmir State in northern India and  spent his earlier years there.  He came from a family whose roots lay in spiritual life.  His father renounced the world to lead the life of a spiritual seeker leaving his twenty-eight-year-old mother with the responsibility of raising him and his two sisters.

Gopi left Srinigar to live in Lahore, in the Punjab of British India, but at the age of twenty, he returned to Kashmir. During the succeeding years he secured a post in the state government, married and raised a family. Early in his career he became the leader of a social organization that was devoted to helping the disadvantaged in his community, especially with regard to issues concerning the well-being and rights of women.

Gopi Krishna with his wife Babhi

Thus for most of his early life he was ‘an ordinary [and kindly] Indian householder’.  But at the age of thirty-four, after years of unsupervised meditation, he suddenly experienced the awakening of kundalini during his morning practice. It was not an easy experience for him and made him very unwell.  It was also a transformative experience, having a variety of powerful physiological and psychic side effects.

His books both describe his life and provide a host of detailed descriptions of his dramatic inner experiences and symptoms such as mood swings, eating disorders, and agonizing sensations of heat—and of how, with the help of his wife, he finally stabilized at ‘a higher level of consciousness’.  He wrote the books for others simply because he found so little help available when it happened to him.

The illumination grew brighter and brighter, the roaring louder, I experienced a rocking sensation and then felt myself slipping out of my body, entirely enveloped in a halo of light…I felt the point of consciousness that was myself growing wider, surrounded by waves of light…I was now all consciousness, without any outline, without any idea of a corporeal appendage, without any feeling or sensation coming from the senses, immersed in a sea of light simultaneously conscious and aware of every point, spread out, as it were, in all directions without any barrier or material obstruction…bathed in light and in a state of exaltation and happiness impossible to describe.

Meditation is a meaningless term, but it appears that there were two techniques that he was using – decreased breathing and inadvertent sexual stimulation via the perineum there are a number of veiled references to the effects and causes.  He also used contemplation exercises.

Gopi Krishna's experience radically altered the path of his life. His initial experience triggered a transformative process that lasted for twelve years. During this time, the sensations of light, splendor and joy alternated with - and were often completely overshadowed by bleak depression. 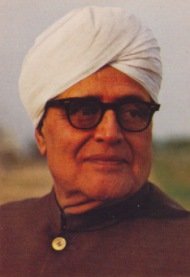 Along with his humanitarian efforts, Gopi Krishna produced poetry and books in prose and verse form. But his main thrust over the years was to write about mystical experience and the evolution of consciousness from a scientific point of view.  He was convinced that there was  a biological mechanism in the human body, known from ancient times in India, which was responsible for creativity, genius, psychic ability, religious and mystical experience, as well as some types of aberrant mental illness.  He was right of course, but at the time he wrote, understanding of the human body was not as advanced as it is today.

Before his death in 1984 at the age of eighty-one, Gopi Krishna would write seventeen books on Higher Consciousness - three of them entirely in verse. He credited this output not to his own efforts, but to inspiration from a higher source.