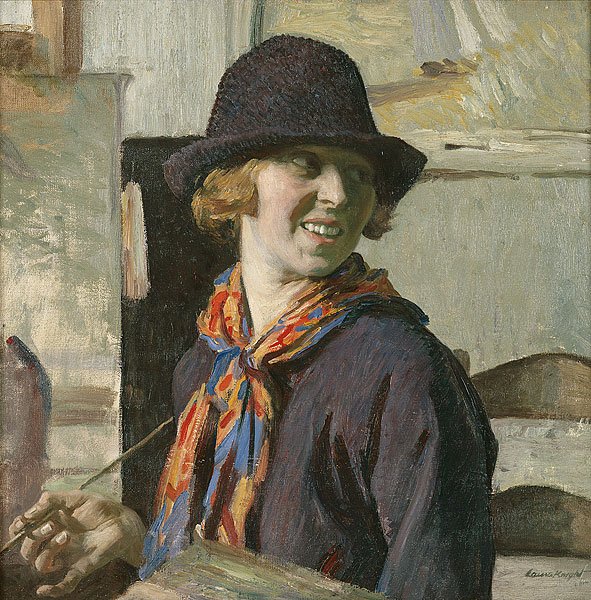 Dame Laura Knight, DBE RA RWS (4 August 1877 – 7 July 1970) was an English artist who worked in oils, watercolours, etching, engraving and drypoint. Not only did she produce paintings, she produced over ninety prints between 1923 and 1925, including a railway poster advertising travel to Twickenham.

Despite the fact she achieved a great deal during her career, she is now rarely even mentioned.  Yet, in her long career, she was among the most successful and popular painters in Britain. In 1922, Knight made her first trip to America, where she served on the jury at the Pittsburgh International Exhibition of Pictures.

In 1929 she was made a Dame Commander of the Order of the British Empire, and in June 1931 she received an honorary degree from St. Andrews University. In 1936 she became the first woman since its foundation in 1768 to elected to the Royal Academy. The same year Knight published her first autobiography, Oil Paint and Grease Paint, which became a best-seller.  She was also elected a full member of the Royal Watercolour Society in 1928. 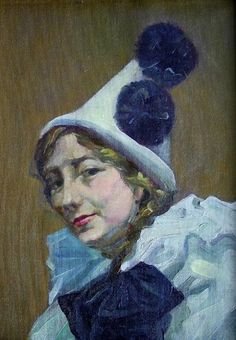 Her success in the male-dominated British art establishment helped pave the way for greater status and recognition for women artists, although even now, women still lag behind in being recognised for their work.

Laura Knight’s paintings are relatively realistic rather than abstract, although some of the works she did directly onto the canvas without pre-sketches have a very impressionistic quality about them.  Her paintings universally contain people.  People are the centre of the paintings whether in landscapes or in the circus or in war.  And so in paint, so in life.

Knight very clearly knew her symbolism and appears to have been fascinated by all the subjects favoured by other symbolist painters.  Yet no one calls Laura a symbolist painter, simply because the paintings are apparently simple normal scenes.  But she was interested in the theatre, ballet, and circus and you cannot have more symbolism centred subjects than these. 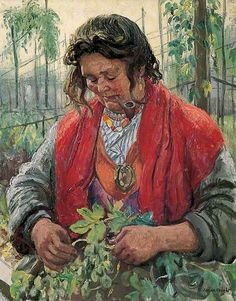 Her humanity and interest in ordinary working folk, is expressed in a number of paintings, but it was combined with that fascination for ‘worlds beyond’ in her paintings of gypsies.  The accepted explanation for her many many paintings of gypsies is that she was interested in marginalised communities and individuals.  But in the end gypsies were the only community that came in this category, and she spent several months in the late 1930 in their company; as such she appears to have been more interested in what they knew and could tell her – crystal balls and fortune tellers appear very prominently in her paintings.

With the imposition of conscription in 1916 during World War One her husband, Harold Knight registered as a conscientious objector, and was eventually required to work as a farm labourer. Wartime censorship included restrictions on painting around the British coastline, which caused Laura problems, as she had been painting sea scenes as war broke out.  But her interest in people came to the fore and in 1916 Knight received a £300 commission to paint a canvas for the Canadian Government War Records office on the theme of Physical Training in a Camp, and she produced a series of paintings of boxing matches at Witley, Surrey. 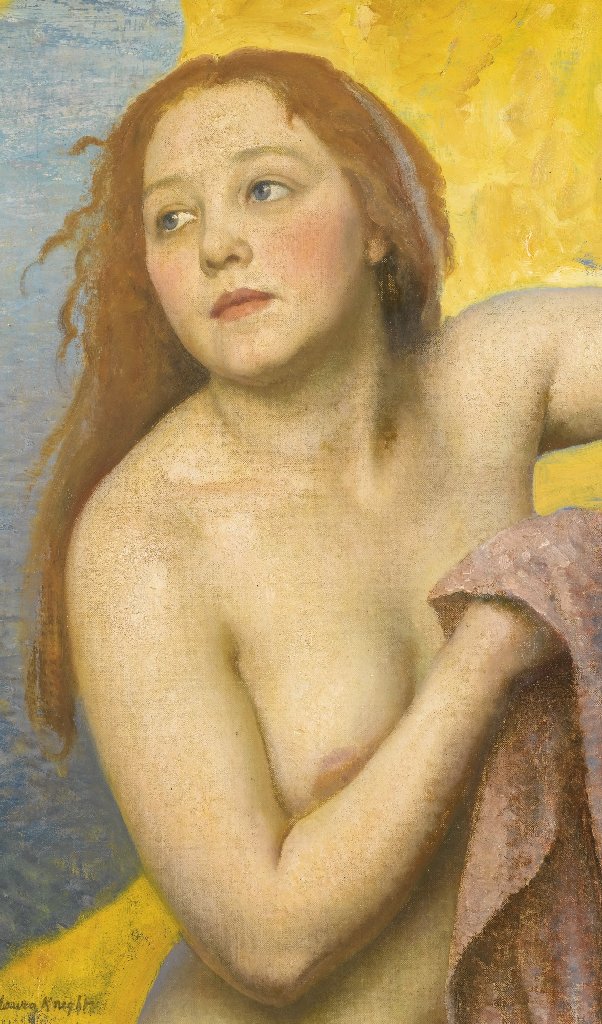 During the Second World War she was commissioned as a war artist. And again she concentrated on people, many of them women supporting the war effort.

In essence, therefore, Dame Laura Knight was a painter with a love for and interest in humanity.  One would have expected her I suppose to have accepted more portrait commissions than she did, but her interest appears to be more humanity in its natural habitat!

Laura Johnson was born in Long Eaton, Derbyshire, the youngest of the three daughters of Charles and Charlotte Johnson. Her father died not long after her birth, and Laura grew up in a family that struggled financially. In 1889, she was sent to France with the intention that she would eventually study art at a Parisian atelier. After a short time in French schools, she returned to England.

Her mother taught part-time at the Nottingham School of Art, and managed to have Laura Johnson enrolled as an 'artisan student' there, paying no fees, aged thirteen. At the age of fifteen, Laura Johnson took over her mother's teaching duties when Charlotte became seriously ill. Later she won a modest scholarship and the gold medal in the national student competition held by the then South Kensington Museum. She continued to give private lessons after she left the Art School, as both she and her sister Evangeline Agnes, known as Sissie, had been left to live together on very little money, after the deaths of their mother, their sister Nellie and both their grandmothers. 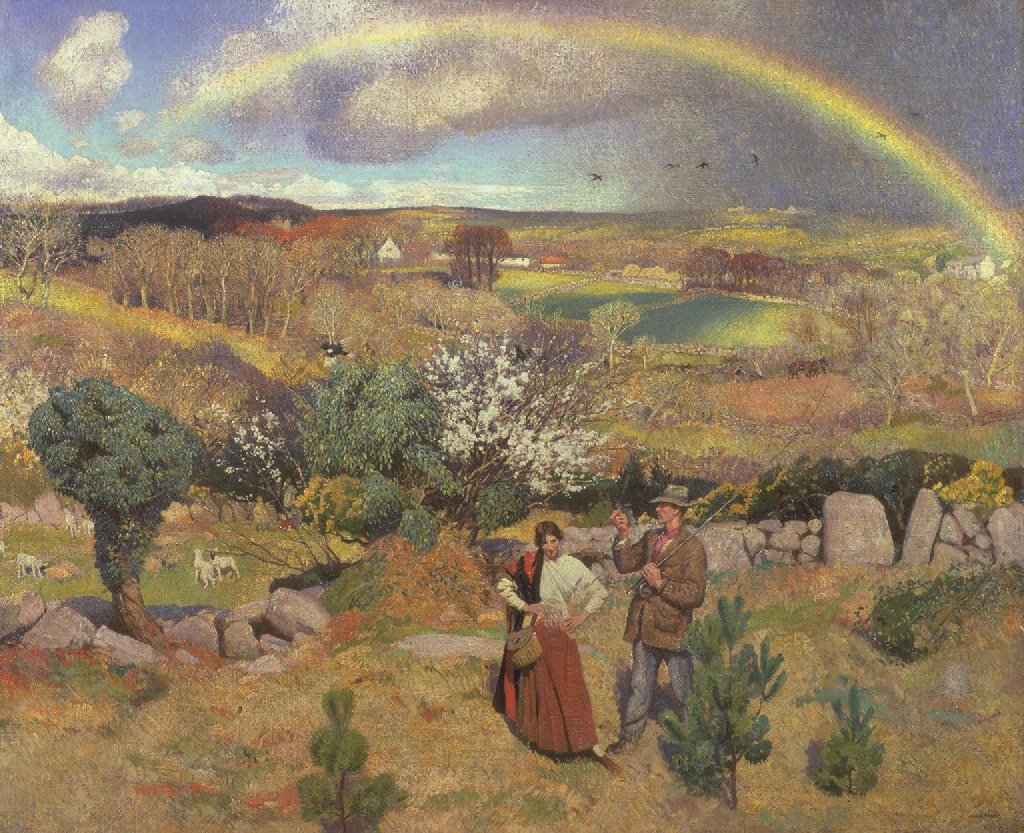 At school, Laura met one of the most promising students, Harold Knight, then aged 17, and determined that the best method of learning was to copy Harold's technique.

Laura Johnson and Harold Knight married in 1903 and made their first trip to the Netherlands in 1904. They spent six weeks there that year and six months there in 1905. They visited the artists colony at Laren, a group of followers of the Hague School of artists who had been painting in remote rural communities since the 1850s. The Knights made a third trip to Laren in 1906 before spending that winter in Yorkshire.

In 1926 Harold Knight spent several months at the Johns Hopkins Hospital in Baltimore, in America, painting portrait commissions of surgeons. Laura joined him there and was given permission to paint at the Baltimore Children's Hospital and in the racially segregated wards of the Johns Hopkins Hospital. Whilst in Baltimore Knight painted a nurse, Pearl Johnson, who took her to meetings and concerts of the early American civil rights movement. 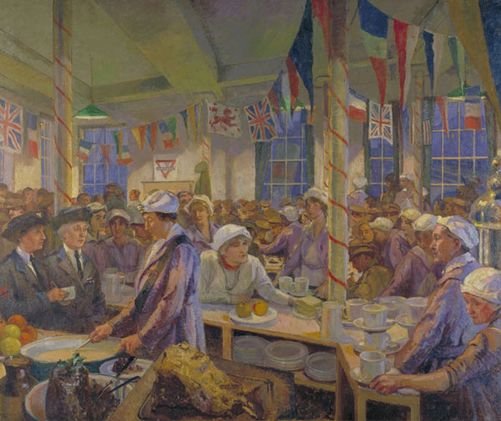 By the start of World War Two, the couple were living at Colwall, Herefordshire.  After the War Knight returned to her previous themes of the ballet, the circus and Gypsies, and continued to divide her time between London and Malvern.

In 1961 Harold Knight died at Colwall; the couple had been married fifty-eight years. Knight's second autobiography, The Magic of a Line was published in 1965.

Laura Knight died on 7 July 1970, aged 92, three days before a large exhibition of her work was due to open at the Nottingham Castle Art Gallery and Museum.