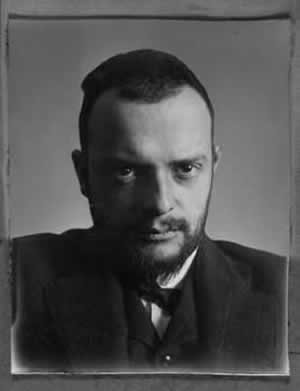 Paul Klee (1879 –1940) was born in Münchenbuchsee, Switzerland and was a painter whose style, though abstract, defies classification.  Once he had established his painting style he worked in many different media—oil paint, watercolor, ink, pastel, etching, and others. He often combined them into one work. He used canvas, burlap, muslin, linen, gauze, cardboard, metal foils, fabric, wallpaper, and newsprint. Klee employed spray paint, knife application, stamping, glazing, and impasto, and mixed media such as oil with watercolor, water colour with pen and India ink, and oil with tempera.

Ab ovo (1917) , for example, is particularly noteworthy for its sophisticated technique. It employs watercolor on gauze and paper with a chalk ground, which produces a rich texture of triangular, circular, and crescent patterns.

So he was highly imaginative and innovative in his use of materials.

In his later work, he uses a great variety of colour palettes from nearly monochromatic to highly polychromatic. His works often have a fragile childlike quality to them and are usually on a small scale. He often used geometric forms as well as letters, numbers, and arrows, and combined them with figures of animals and people. Some works were completely abstract. 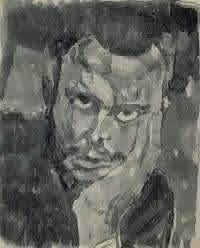 Paul Klee both came from a very musical family and was so talented on violin that, aged 11, he received an invitation to play as an exceptional member of the Bern Music Association.

In his early years, following his parents’ wishes, he focused on becoming a musician; but he decided on the visual arts during his teen years. He stated, "I didn’t find the idea of going in for music creatively particularly attractive in view of the decline in the history of musical achievement."

He was not, however, academic.   He barely passed his final exams at the "Gymnasium" of Bern, where he qualified in the Humanities. In addition to his deep interests in music and art, Klee was a great reader of literature.

He was also early on something of a rebel.  Klee spent much time in pubs and had affairs with ‘working class women’ and artists' models. He had an illegitimate son in 1900, who died several weeks after birth.

So what we can see from this is that he was a musical, artistic creative person with little intellectual ability and not a great deal of self discipline – a perfect 'right brainer'.  But what makes him interesting is that despite this, he struggled early on to produce any art of any worth.

All his early work is black and white.  He drew,  for example, with a needle on a blackened pane of glass, and produced a cycle of eleven zinc-plate etchings called Inventions.  His subject matter is depressing, sarcastic and grotesque.  It is shocking, but not that good.   He commented, "though I’m fairly satisfied with my etchings I can’t go on like this. I’m not a specialist."   His attempt to be a magazine illustrator failed. Over time his early inclination towards the absurd and the sarcastic only increased.  From 12 February to 18 March 1912 in the Galerie Goltz, 17 of his graphic works were shown. The name of this art exhibition was Schwarz-Weiß.

No one now would remember Klee if this stage of his works were his only output, but something happened to him round about 1914.  Most art historians put this 'something' down to a visit to Tunisia with August Macke and Louis Moilliet.  He wrote, "Colour has taken possession of me; no longer do I have to chase after it, I know that it has hold of me forever... Colour and I are one. I am a painter."

But it was as if a block had been removed from his sight – the door had been opened. 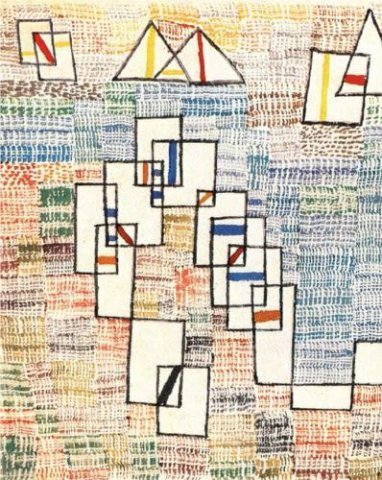 After returning home, Klee painted his first pure abstract, In the Style of Kairouan (1914), composed of coloured rectangles and a few circles. The coloured rectangle became his basic building block, associated symbolically with a musical note, Klee combined these ‘notes’ with other coloured blocks to create a colour harmony analogous to a musical composition. His selection of a particular colour palette emulates a musical key. Sometimes he uses complementary pairs of colours, and other times "dissonant" colours, again reflecting his connection with music.  There is just a hint of synaesthesia about what he does.

From this point on he is inspired, his art is the art of the spiritual not the intellect, which means that something quite traumatic or dramatic must have happened to him to enable him to achieve this breakthrough.

Many of his works allude to poetry, music and dreams and sometimes include words or musical notation. These later works are distinguished by spidery hieroglyph-like symbols. Rainer Maria Rilke wrote about Klee in 1921, "Even if you hadn’t told me he plays the violin, I would have guessed that on many occasions his drawings were transcriptions of music”.  He was painting songlines. 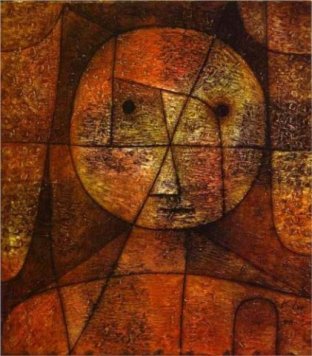 What was this kick to his door that opened it so effectively? Sadly it was illness and an illness that really only started to really make itself felt in 1933, when Klee began experiencing the symptoms of what was diagnosed as scleroderma after his death. The progression of his fatal disease, which made swallowing very difficult, and caused him great pain, can be followed through the art he created in his last years. His output in 1936 was only 25 pictures.  Scleroderma can be caused by lead poisoning, and here we have what may be the cause of his transition from capable artist to genius – the materials he used to paint and draw poisoned him and 'opened the door'. If it wasn’t the materials, it could have been the patent medicine. If it wasn’t the medicine, it could have been a host of other things containing lead.  The use of lead in drinking water pipes and cooking utensils, tankards and plates was common in his day – all it needed was a favourite pewter tankard and an acidic drink and the early aggression and later genius have an explanation.

Klee's simpler and larger designs enabled him to keep up his output in his final years, and in 1939 he created over 1,200 works, a career high for one year. He used heavier lines and mainly geometric forms with fewer but larger blocks of colour.

One of his last paintings, Death and Fire, features a skull in the center with the German word for death, "Tod", appearing in the face.

Klee  taught at the Düsseldorf Academy from 1931 to 1933, and was singled out by a Nazi newspaper, "Then that great fellow Klee comes onto the scene, already famed as a Bauhaus teacher in Dessau. He tells everyone he's a thoroughbred Arab, but he's a typical Galician Jew." His home was searched by the Gestapo and he was fired from his job.  The Klee family emigrated to Switzerland in late 1933.

He died in Muralto, Locarno, Switzerland, on 29 June 1940 without having obtained Swiss citizenship, despite his birth in that country.

His legacy comprises about 9,000 works of art. The words on his tombstone, Klee's credo, placed there by his son Felix, say, "I cannot be grasped in the here and now, For my dwelling place is as much among the dead, As the yet unborn, Slightly closer to the heart of creation than usual, But still not close enough."