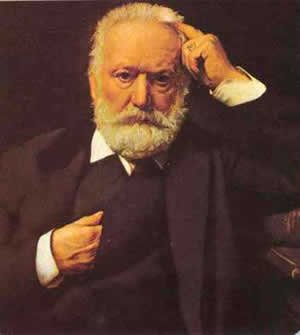 Victor Hugo (1802 –1885) was a French poet, novelist, and dramatist.  He was also a social campaigner.  He spoke against the death penalty and social injustice, and in favour of freedom of the press.   Because of his concern for the rights of artists and copyright, he was a founding member of the Association Littéraire et Artistique Internationale, which led to the Berne Convention for the Protection of Literary and Artistic Works.   Hugo was also an artist and produced more than 4000 drawings.  He often drew with his left hand,  in order to access his unconscious mind.   Delacroix expressed the opinion that if Hugo had decided to become a painter instead of a writer, he would have outshone the artists of their century.

Hugo's religious views changed radically over the course of his life. In his youth, he identified himself as a Catholic principally because of his mother's influence.  From there he became a non-practicing Catholic. He then became involved in 'Spiritism'  where he participated  in  séances conducted by Madame Delphine de Girardin.  In later years , he settled into a “Rationalist Deism similar to that espoused by Voltaire” [whatever that means]. 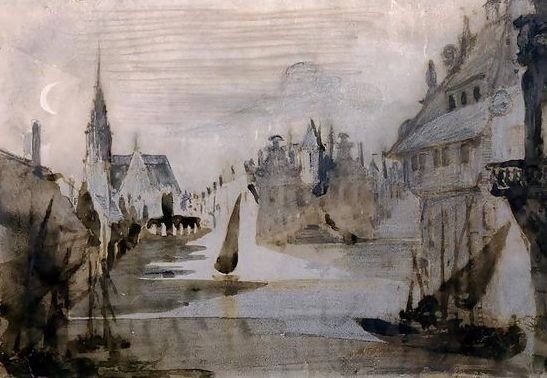 Victor Hugo - A Port in Flanders

Hugo never lost his antipathy towards the Catholic Church, due largely to what he saw as the Church's indifference to the plight of the working class  and perhaps also due to the frequency with which Hugo's work appeared on the Church's Index Librorum Prohibitorum.  Hugo counted 740 attacks on Les Misérables alone in the Catholic press.

Hugo's childhood was a period of national political turmoil. Hugo's mother Sophie followed her husband to posts in Italy and Spain, but weary of the constant moving  separated temporarily from Léopold in 1803 and settled in Paris with her children. Thereafter she dominated Hugo's education and upbringing. 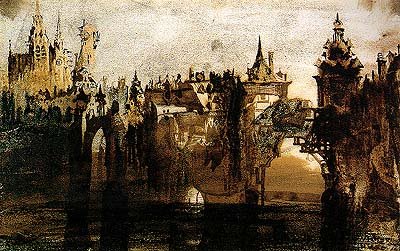 So as we can see much of his early work was inspired by LOVE and making love.  It is worth adding at this stage that he also had a mistress throughout his life  who was faithful to him until she died.

His first collection of poetry (Odes et poésies diverses) was published in 1822, when Hugo was only twenty years old.  Hugo published his first novel the year following his marriage (Han d'Islande, 1823), and his second three years later (Bug-Jargal, 1826). The collection of poems  Odes et Ballades was published in 1826.  Between 1829 and 1840 he would publish five more volumes of poetry (Les Orientales, 1829; Les Feuilles d'automne, 1831; Les Chants du crépuscule, 1835; Les Voix intérieures, 1837; and Les Rayons et les ombres, 1840), cementing his reputation as one of the greatest elegiac and lyric poets of his time. 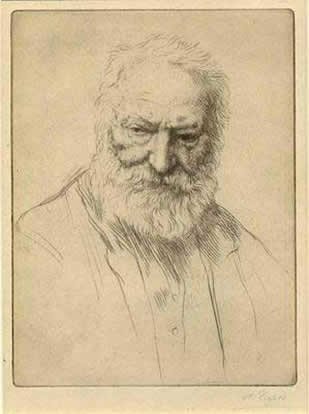 Victor Hugo's first mature work of fiction appeared in 1829, Le Dernier jour d'un condamné (The Last Day of a Condemned Man). Claude Gueux, a documentary short story about a real-life murderer who had been executed in France, appeared in 1834.  Notre-Dame de Paris (The Hunchback of Notre-Dame),  was published in 1831.

Hugo's oldest and favorite daughter, Léopoldine, died at age 19 in 1843, shortly after her marriage to Charles Vacquerie. She drowned in the Seine at Villequier, pulled down by her heavy skirts, when a boat overturned. Her young husband Charles Vacquerie also died trying to save her. The death left her father devastated; Hugo was traveling with his mistress at the time in the south of France, and first learned about Léopoldine's death from a newspaper he read at a cafe.  He describes his shock and grief in his famous poem À Villequier:

He wrote many poems afterwards about his daughter's life and death, and at least one biographer claims he never completely recovered from it. His most famous poem is probably Demain, dès l'aube, in which he describes visiting her grave.

After his daughter's death the whole mood of his writing changed.  Inspired by grief, his books became more political and dealt with social issues. 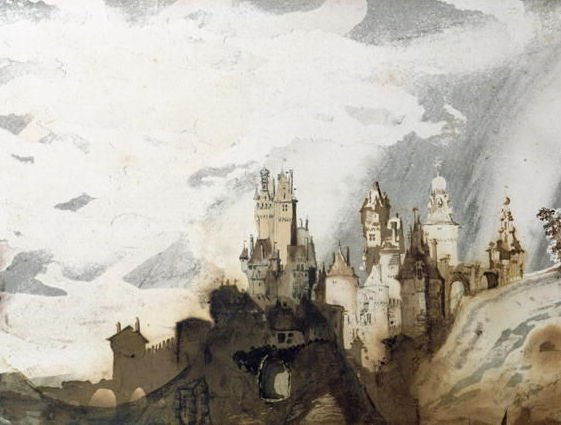 Les Misérables was published in 1862.  Les Travailleurs de la Mer (Toilers of the Sea), published in 1866, was about man's battle with the sea . L'Homme Qui Rit (The Man Who Laughs),  published in 1869  painted a critical picture of the aristocracy. His last novel, Quatre-vingt-treize (Ninety-Three), published in 1874, dealt with the Reign of Terror during the French Revolution.

Hugo decided to live in exile after Napoleon III's Coup d'état at the end of 1851, moving to Guernsey, where he stayed until 1870.  His wife Adèle died in 1868.  When Hugo returned to Paris in 1870, the country hailed him as a national hero.  Within a brief period, he suffered a mild stroke, his daughter Adèle's internment in an insane asylum, and the death of his two sons.  After the Siege of Paris, Hugo lived again in Guernsey from 1872-73 before finally returning to France for the remainder of his life.

His faithful mistress, Juliette Drouet, died in 1883, only two years before his own death.

Victor Hugo's death at the age of 83, generated intense national mourning.  More than two million people joined his funeral procession in Paris from the Arc de Triomphe to the Panthéon, where he was buried. He shares a crypt within the Panthéon with Alexandre Dumas and Émile Zola.