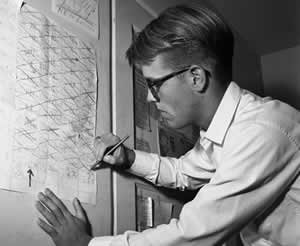 Randy Gardner holds the scientifically documented record for one of the longest periods a human being has intentionally gone without sleep not using stimulants of any kind.

In 1965—as a 18-year-old high school student in San Diego, California—Gardner stayed awake for 264 hours (eleven days), breaking the previous record of 260 hours held by Tom Rounds of Honolulu.

Gardner's record has been broken a number of times since but Gardner's case still stands out, because it was so extensively documented. It is difficult to determine the accuracy of a sleep deprivation period unless the participant is carefully observed to detect short microsleeps, which the participant might not even notice.