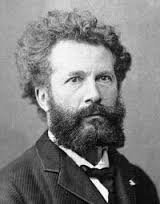 Flammarion’s first love was the study of the stars and he was extremely well known in France as an astronomer.  His Astronomie populaire, 1880 was a best seller and was translated into English as Popular Astronomy in 1894.  His second love, however, was study of spiritual experiences and his fame in astronomy helped him a great deal in collecting those experiences.  People trusted his integrity and honesty and wrote to him as a consequence.  They tended to address their letters as ‘Dear Master’. 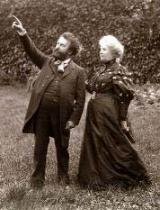 Camille was married.  His first wife was Sylvie Petiaux-Hugo Flammarion, and his second wife was Gabrielle Renaudot Flammarion, also a noted astronomer.

From the point of view of this site Flammarion is exceptional as a man who applied scientific methods to the collection of observations on spiritual experience.  He was meticulous in his research, numbering every observation, carefully filing it exactly as it stood and then analysing the results.  Once it became clear he was a scientist who did not simply reject the experiences of others, but openly embraced the whole idea of study in this area, letters flooded in.

He collected thousands and thousands of observations, some of which are recorded in his books. 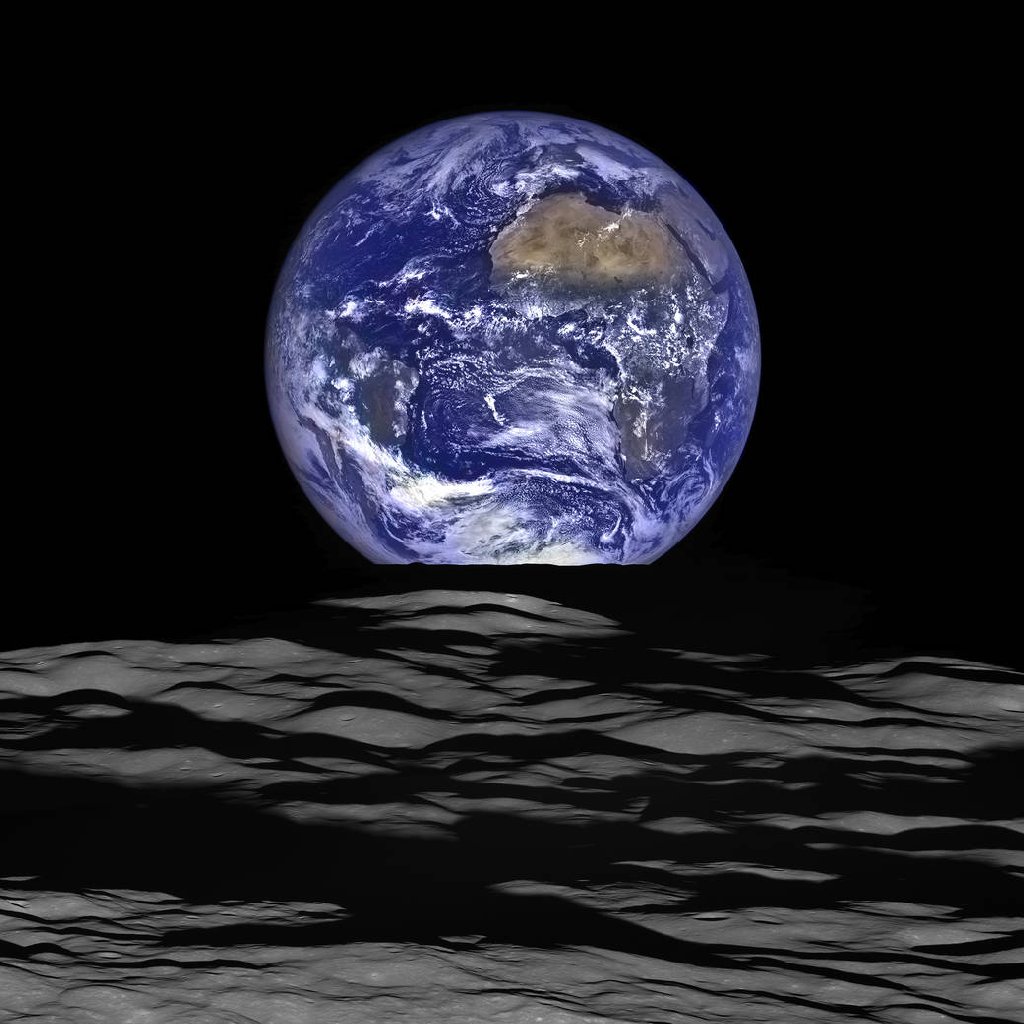 Camille Flammarion – Death and its Mystery

Out of the four thousand eight hundred letters which I have received from correspondents with whom I was-or found myself afterward-in touch, and whose sincerity and moral integrity I have had reason to esteem, I have selected only a few hundreds of manifestations from among those which seemed to me unquestionable [for the books]. I have proceeded exactly as we do in scientific journals when we make public an astronomical observation, a meteorological or a geological observation. I have been much more exacting, even. Here is no romance, no phantasy, but rigorous observation. …….Let us have no preconceived convictions, either religious or anti-religious. In the most irrational beliefs one often discovers a basis of misinterpreted truth. Let us investigate freely and draw our conclusions. There are people with closed minds. Let us not adopt their point of view. "As for me," a certain obdurate denier said one day to a free seeker, "I believe only in what I can understand."

“And every one knows you believe in nothing !" replied the free seeker. 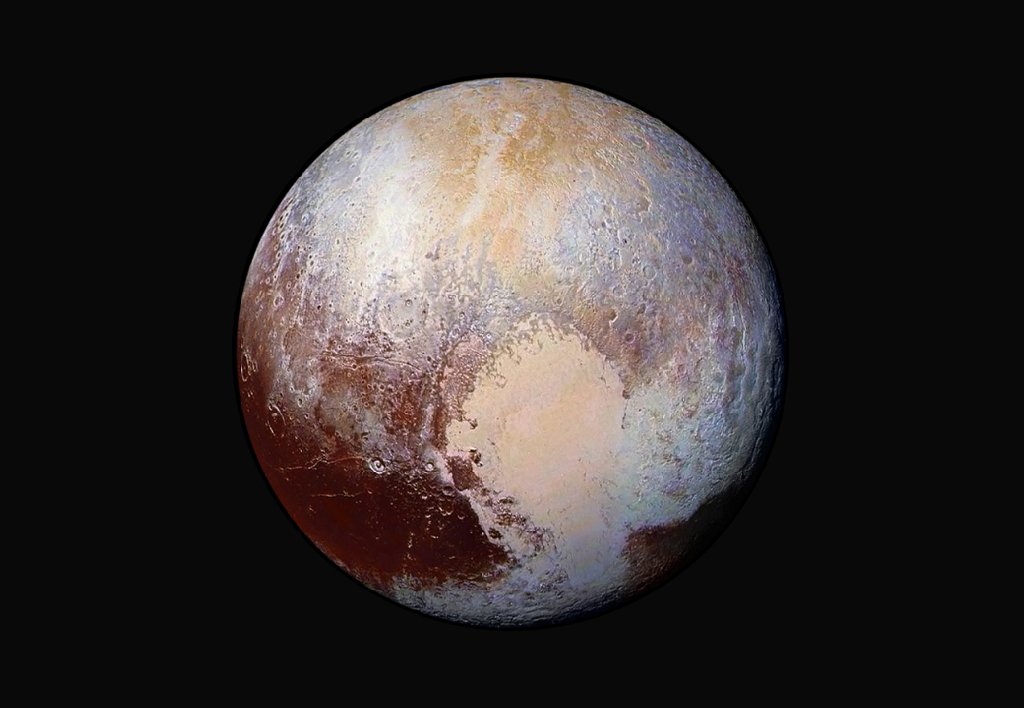 We have used his example of recording all the observations as they stand, but we have the advantage that with computers we are able to index them under a whole host of headings.

Flammarion clearly did not have this advantage and thus his approach was to preface each observation in his books by an analysis.

Flammarion
It is by the scientific method alone that we may make progress in the search for truth. Religious belief must not take the place of impartial analysis. We must be constantly on our guard against illusions. 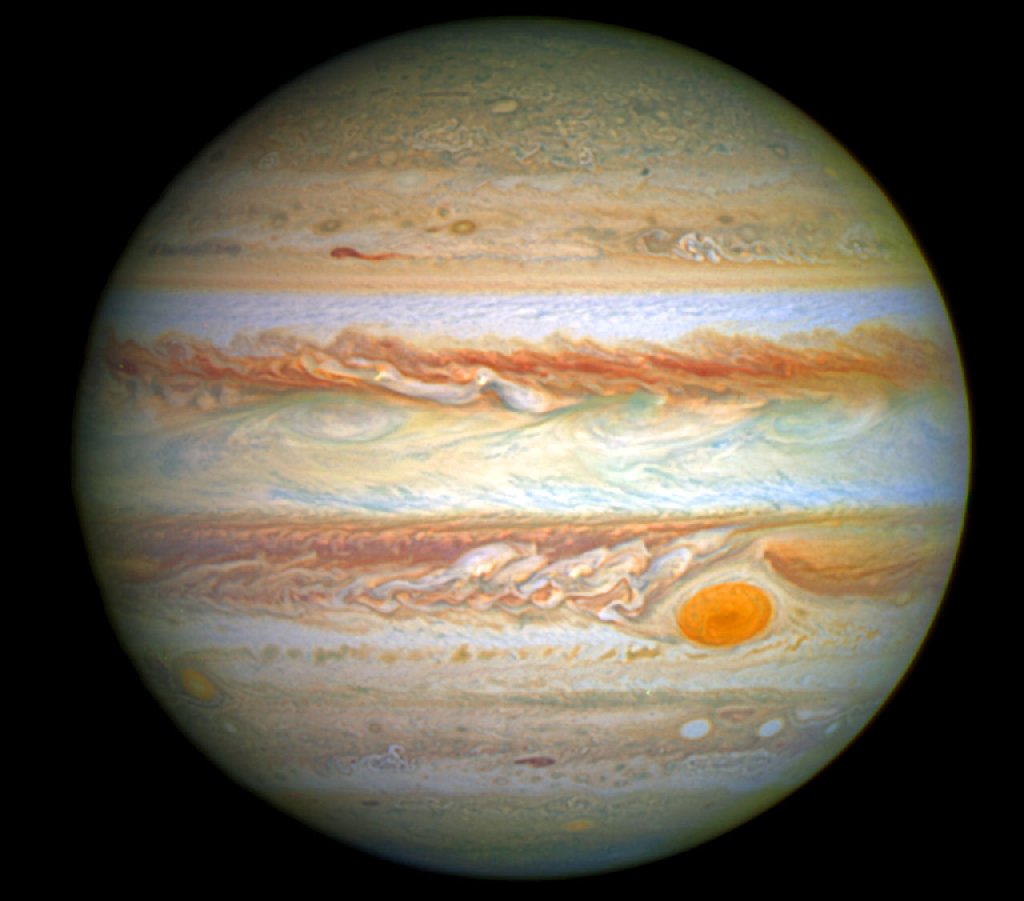 His observations came from medical literature – he used the Lancet for example, from classical works such as Plato, Cicero, Socrates – though only rarely the Bible.  He received thousands of letters from both ordinary people and royalty and the famous.  He also went to séances, though here he was a skeptic amongst believers and only recorded observations he believed to be genuine.  For example, he attended séances with Eusapia Palladino and stated that she was genuine.

It is notable that as time went on his opinions and analyses changed.  This marks the good scientist not the bad, as he was prepared to change his views based on the evidence.  It does mean however that if you read his books they appear to contradict themselves at times.  Again this is the advantage of having tags without an explanation, [computers again]; as the evidence accumulates, the explanation for the tag can evolve.

After a great deal of analysis, he confirmed his original view that spirit existed and that souls [more correctly immortal souls or the Higher spirit] survived death.  He also came to believe in reincarnation.  He did have a rational explanation for believing in reincarnation:

If the souls of the dead are about us, upon our planet, the invisible population would increase at the rate of 100,000 a day, about 36 million a year, 3 billions 620 millions in a century, 36 billions in ten centuries, etc.—unless we admit re-incarnations upon the earth itself. 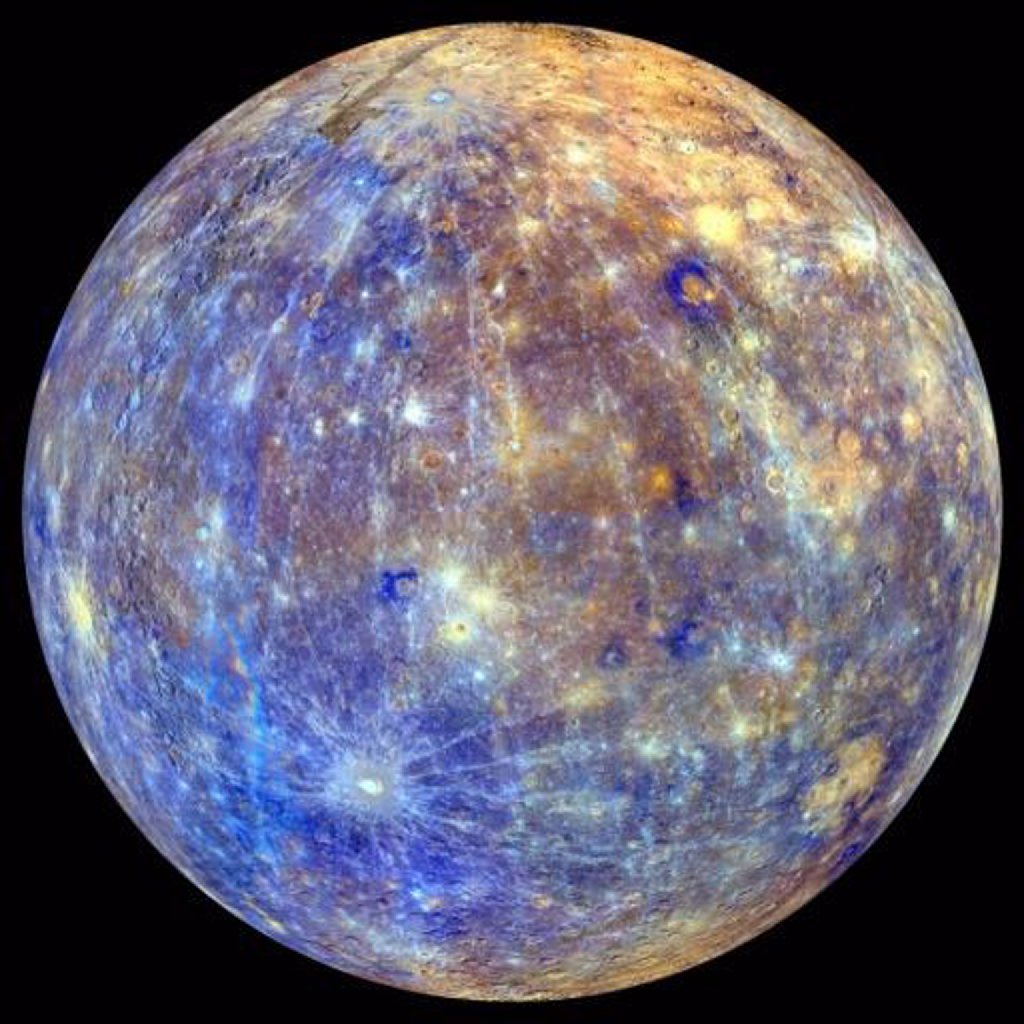 Although I am not sure this stands up to scrutiny; immortal souls do not have to be the size of people, if they are spirit they can be miniscule.  He did have other observations, however, to support his belief.

He even started to speculate [all he could do since none of his observations would have supported this] that immortal souls after the physical death pass from planet to planet – or more correctly they go to various stars.  He tended to use his science fiction books to let him speculate and let his imagination run a little off the leash, but in his serious studies, he suggests possible explanations, but that is all.

He was an early advocate of the idea that many of the experiences that people have are from inter composer communication – mind to mind communication, as opposed to some sort of external intervention.  This includes some sorts of supposed communication from the dead at séances.  In other words, the medium is picking up the thoughts and perceptions of the people in the room, not that of the dead person’s spirit when she or he is able to give information about the person.  This is why the information given is always what the person expected – they agree with it because it comes from them!  This, however, is hardly something to be dismissed.  The fact that inter mind communication is possible at this level is itself of great interest.  In other words, minds acting together and believing that they can do something – do!

The innumerable observations which I have collected during more than forty years all prove to me … that the communications obtained have always seemed to proceed from the mentality of the group, or when they are heterogeneous, from spirits of an incomprehensible nature. The being evoked soon vanishes when one insists on pushing him to the wall and having the heart out of his mystery. That souls survive the destruction of the body I have not the shadow of a doubt. But that they manifest themselves by the processes employed in séances the experimental method has not yet given us absolute proof. 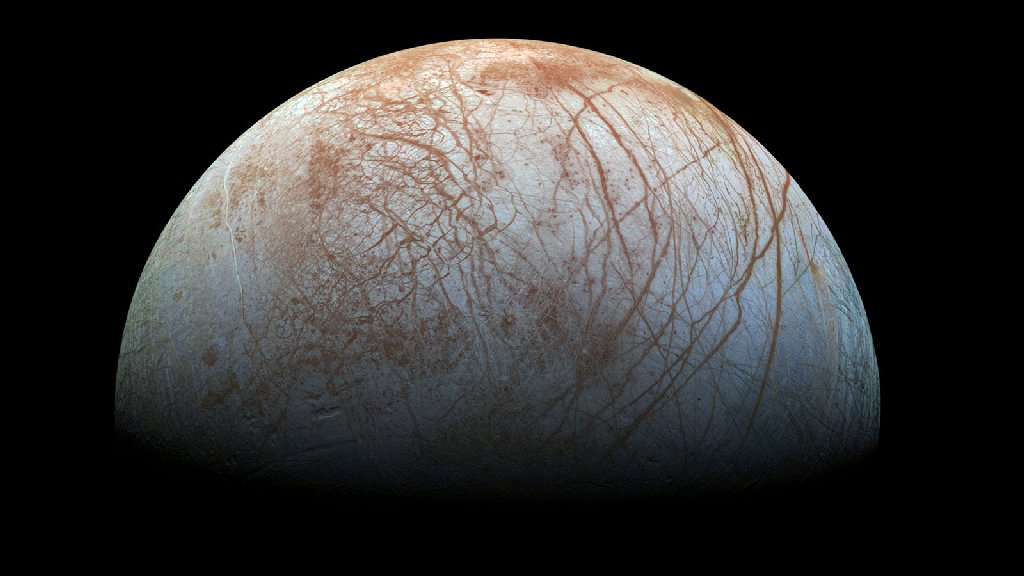 In a presidential address to the Society for Psychical Research in October 1923 Flammarion summarized his views after 60 years into investigating paranormal phenomena. He wrote that he believed in telepathy, etheric doubles, the stone tape theory and "exceptionally and rarely the dead do manifest" in hauntings.

We have taken his three books and entered as many observations as we can without going completely mad.  As there are thousands and thousands, this is an ongoing task.

Flammarion and the scientific method 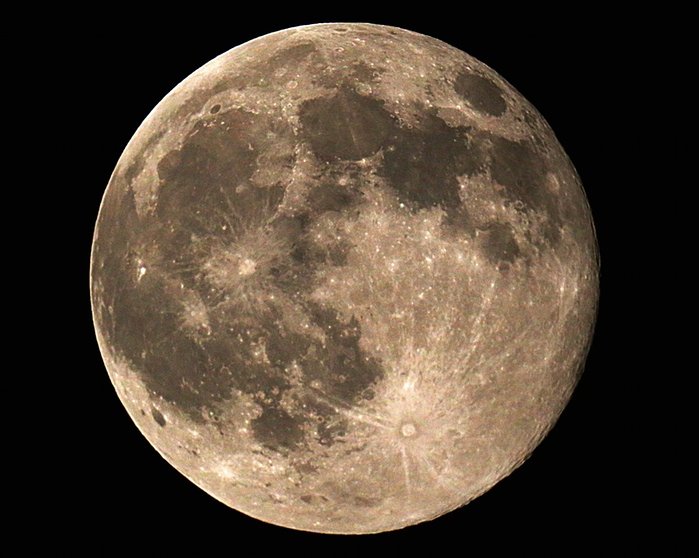 One of Camille Flammarion’s biggest annoyances was that science – despite all its bombastic posturing - did not use the scientific method.

Over the years, he came to believe that scientists were an intransigent stubborn and closed minded bunch, endlessly frustrating, holding the world back, not helping it to move forwards in understanding.  Even as far back as the early 1900s, he was berating that science had become a new religion.  Here is an example:

Flammarion, C., Carroll, L, - Death and its mystery: before death

On March 11, 1918, I was present at the meeting of the Academy of Sciences, that day of hilarious memory, when the physicist Dr Moneel presented Edison's phonograph to the learned assembly.

When the presentation had been made, the apparatus began to recite docilely the sentence registered on its record.

Then we saw an academician of ripe years, his mind imbued, saturated even, with the traditions of the classical culture, revolt nobly against the audacity of the innovator; we saw him hurl himself upon Edison's representative and seize him by the throat, crying out:

"'Wretch ! We are not going to let ourselves be duped by a ventriloquist !"

This member of the Institute was Monsieur Bouillaud. The most curious part of it is that six months later, on September 30th, at a similar meeting, he esteemed it an honor to declare that after a mature examination he was convinced that there was nothing to it but ventriloquism and that "we cannot admit that a vile metal can replace the noble apparatus of human phonation. "
The phonograph was to him only an acoustic illusion.

Such people are "fastened" to the rear of the chariot of progress and delay everything by impeding its forward march and succeeding in hiding the light under a bushel, for their official titles impose upon the sheep-like masses. 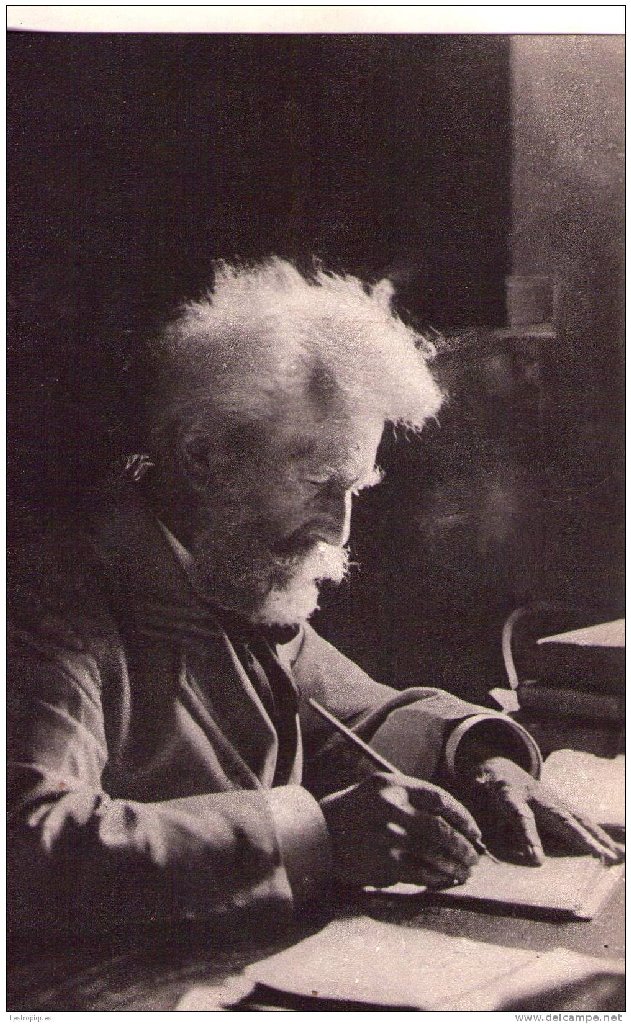 He was still working and his books were still being published right up to his death, at the ripe old age of 83.

What intelligent being, what being capable of responding emotionally to a beautiful sight, can look at the jagged, silvery lunar crescent trembling in the azure sky, even through the weakest of telescopes, and not be struck by it in an intensely pleasurable way, not feel cut off from everyday life here on earth and transported toward that first stop on the celestial journeys?
What thoughtful soul could look at brilliant Jupiter with its four attendant satellites, or splendid Saturn encircled by its mysterious ring, or a double star glowing scarlet and sapphire in the infinity of night, and not be filled with a sense of wonder?
Yes, indeed, if humankind — from humble farmers in the fields and toiling workers in the cities to teachers, people of independent means, those who have reached the pinnacle of fame or fortune, even the most frivolous of society women — if they knew what profound inner pleasure await those who gaze at the heavens, then France, nay, the whole of Europe, would be covered with telescopes instead of bayonets, thereby promoting universal happiness and peace." — 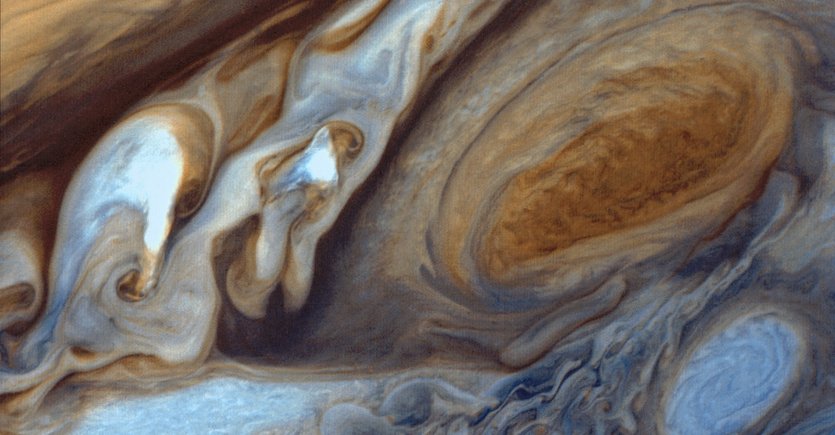