John Worth Edmonds (March 13, 1799 in Hudson, Columbia County, New York – April 5, 1874 in New York City) was an American lawyer and politician from New York, and a philanthropist who was a co-founder, with 23 others, of Children's Village.

He also became a firm believer in the spiritual world, and his case is that much more interesting because his change of view from a very entrenched materialist with political ambitions, to a spiritualist with philanthropic ones was absolute and dramatic.

The spirituality of Judge Edmonds

Death and its Mystery – After Death – Camille Flammarian 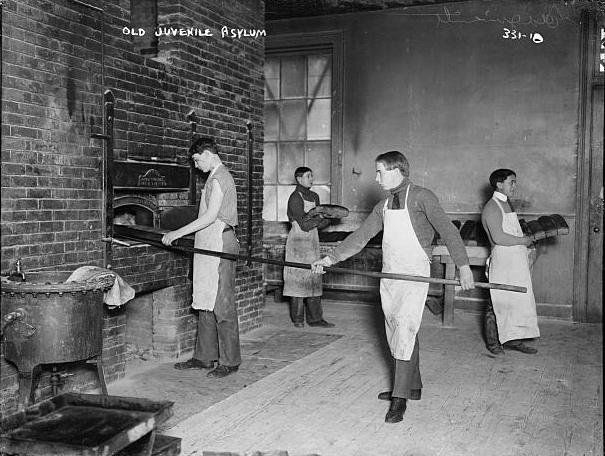 The asylum children learned how to bake their own bread

Judge Edmonds was not a negligible witness. He enjoyed a considerable renown in the United States by reason of the exalted powers with which he was invested, at first as President of the Senate, then as a member of the New York High Court of Appeal.

When his attention was drawn to Spiritism, he despised it with all the skepticism of a magistrate accustomed to dealing with uncertain human testimony. But after a conscientious inquiry he stated that he believed not merely that such occurrences took place, but also in the validity of the theory of spirits as an explanation.

The amazement and indignation of the best American society were so great that Judge Edmonds was forced to give up his work as a magistrate and tender his resignation. 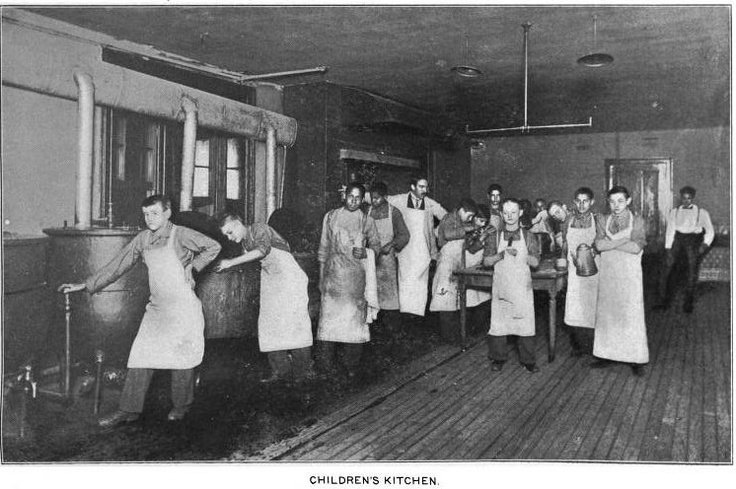 They were taught how to cook their own meals

He sacrificed, unhesitatingly, his own personal interests to what he considered to be the truth. He showed in this a rare courage which we should do well to admire.

His daughter Laura had received a careful education. She was a fervent Catholic. Her spiritual adviser ordered her to renounce mediumistic research; she did this, and refused to be present at seances, though the persons about her often held them. But the dwelling in which she lived eventually became a sort of haunted house. HaIf a year had gone by in this way; she constantly heard strange sounds and witnessed phenomena no less strange occurring without apparent human intervention; phenomena which, nevertheless, seemed to be guided by some intelligent entity. Impelled by curiosity, she began, once more, to go to seances.

Soon she was convinced of the presence of an intelligent force, without knowing what this force could be.  She began to speak various languages, though she knew besides her mother tongue only French, which she had learned at school.

Her father stated that during this first year, in various circumstances, she spoke nine or ten languages, sometimes within an hour, with perfect ease and fluency.

Judge Edmonds' daughter, Laura, eventually became a trance medium. She developed incredible musical powers and the gift of tongues. Although she could speak only English and a smattering of French; while in a trance state, she spoke nine different languages with great fluency: Spanish; French; Greek; Italian; Portuguese; Latin; Hungarian; and Indian dialects were identified. These phenomena and many others were all very meticulously recorded by Judge Edmonds.  This is possession on an amazing level.  And so it continued, the observation describes what happens in the Judge’s own words. 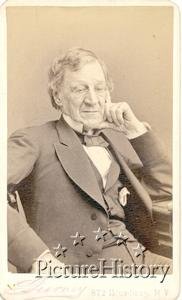 And in 1851, he became a co-founder of the Children’s village. 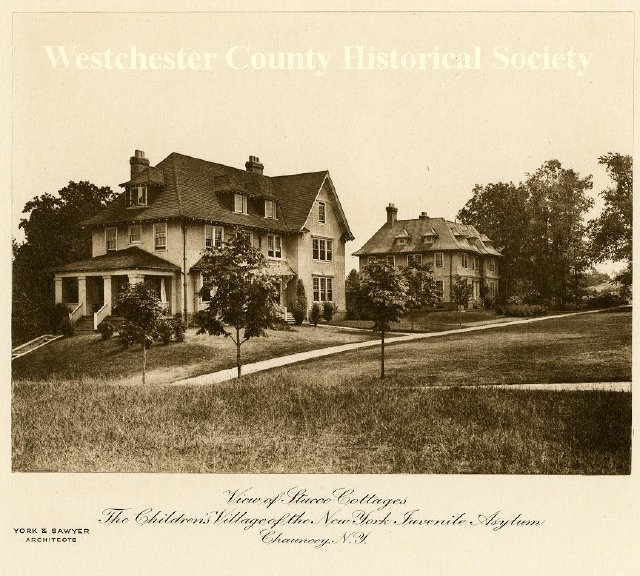 The Children's Village, formerly the New York Juvenile Asylum, is a private, non-profit residential treatment facility and school for troubled children. It was founded in 1851 by 24 citizens of New York, who were concerned about growing numbers of street children in New York. The necessity for such an institution was first proposed by the Association for Improving the Condition of the Poor, which helped to get it started.

Hundreds of homeless and runaway children were present on the streets of New York at the time, and many of them were arrested every year. As part of its mission "to care for, train, and morally uplift a mixed group of the City's poor children," the New York Juvenile Asylum provided housing, education, and reform for those children, and eventually placed them in apprenticeships. 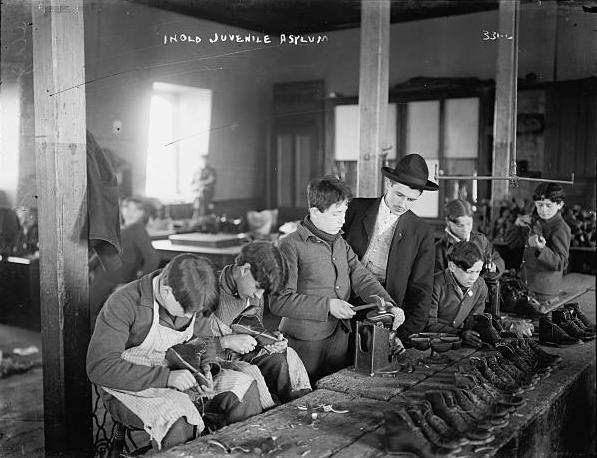 The original charter for the school was drafted in 1850. After some initial fundraising difficulties, the school was opened in a rented building on January 10, 1853.

Early on, the asylum was able to house 400 students, who received six hours of schooling a day, plus other types of instruction, such as vocational education. The school also participated in the orphan train program, placing students with families throughout the Midwest, notably Illinois.

In 1854 property was purchased in Washington Heights. This property consisted of 23 acres, and later expanded to 29. This campus had 1,200 beds, although it averaged 582 children per year between 1871 and 1879. 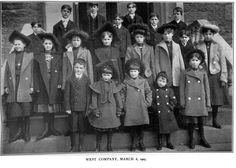 The original plan called for two separate facilities: a House of Reception where children would be initially sent by authorities and would be fed, bathed, and housed, while an investigation occurred to determine if there were family who would care for them, and the Asylum, where students would be housed long-term. A massive building of blue granite was constructed on 175th Street between 10th and 11th Avenues, and opened in 1856.

Children were sent to the asylum for a variety of reasons, their parents were incarcerated, for example, or their parents considered them to be "bad" and beyond their control.  There were also children who had been sustaining themselves by begging, and who were truants, homeless, or thieves. The asylum was designed to provide such children a home, not to be a prison. The facility was racially integrated in 1860. 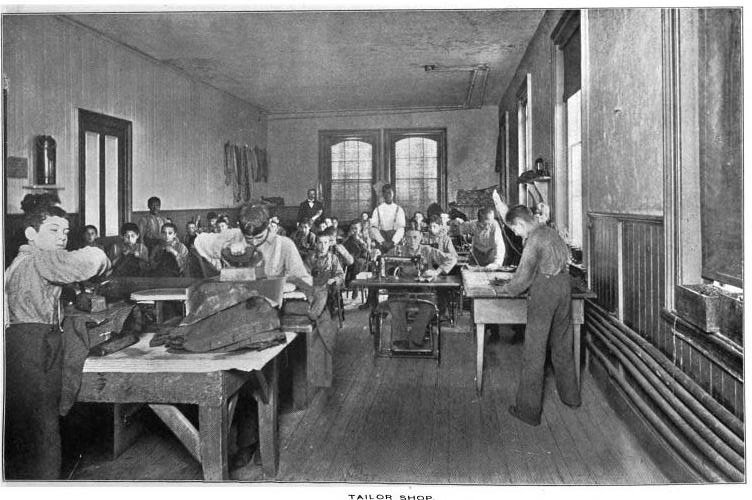 The mission and purpose of the Children's Village has evolved from its origins in the 1800s, and it now exists to "work in partnership with families to help society's most vulnerable children so that they become educationally proficient, economically productive, and socially responsible members of their communities.”  And it has had its successes.

Wikipedia
A Chicago Tribune obituary from November 10, 1880, reprinted on page 18 of the Children's Village's 1881 annual report notes that Peter Walsh, a "New York waif" who "knew neither father nor mother" had been sent out west by the New York Juvenile Asylum and been adopted by Dr. Porter. He went on to attend the Law School of Ann Arbor, and served for many years as the Chicago City Attorney and prosecuting attorney 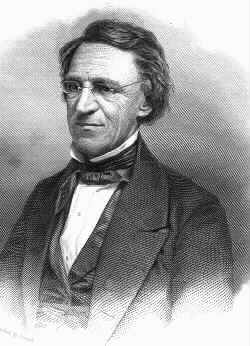 Judge John Edmonds died peacefully at his home, 3am on Sunday, at 71 Irving Place, in New York City, and was buried at the City Cemetery in Hudson.  On the anniversary of his 75th birthday, he told several friends that his days on earth were few and he gave extremely precise written instructions how his remains should be treated.

I wish to be buried in Hudson, in the same grave with my wife, not by her side, but in the same grave, that our ashes may mingle and be one on earth, as our souls will be one in the spirit world.

In time, Judge Edmonds developed mediumship skills himself. Between the years 1853 and 1854, within a small circle formed with a few close friends, he received many ‘spirit messages and communications’.   The communications were referenced, compiled, and published in the two volumes on Spiritualism shown below. This venture was achieved jointly with George T. Dexter, M.D.  Judge Edmonds wrote the following: 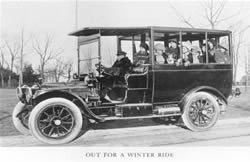