Diotima of Mantinea (Greek: Διοτίμα; Latin: Diotīma) was a female philosopher and a High priestess of the Mystery religions of Greece.  Her existence is known through the works of Plato who mentions her in the Meno and the Symposium.  In a dialogue that Socrates recounts in the Symposium, she explains Love in all its variants including Divine Love.  The observations provide extracts of this dialogue.  In the Meno, Socrates refers to the Eleusinian Mysteries and mentions the initiations, as such it is possible that she was a priestess of these Mysteries.

Wikipedia
The name Diotima means "honoured by Zeus". Her home of Mantinea was an ancient Greek city on the Peloponnese and the site of the largest battle of the Peloponnesian War.  Some 19th and early 20th century scholars thought Plato had based Diotima on Aspasia, the mistress of Pericles, …. However, Aspasia appears under her own name in Plato's dialogue Menexenus, and more recent scholars have argued that Plato did not use false names: therefore, Diotima is a historical figure. 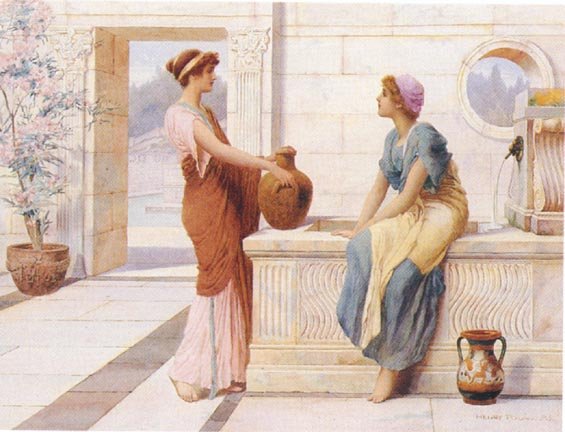 Socrates, along with Plato, was another Adept to emerge from the Mysteries.  He said "those who are acquainted with the Mysteries insure to themselves very pleasing hopes against death".  Rather intriguingingly, however, in the Symposium, despite Socrates crediting his progress on the spiritual path to Diotima, he relates that she is “not sure if Socrates is capable of reaching the highest mysteries”.

The High Priestess was an extremely pivotal role in the Mysteries.  She was not the male equivalent of the Hierophant.  She was herself a 'goddess' having been through all the stages of the spiritual path and having become a goddess thereby.  Only someone in this unique position was capable of helping others through this final stage of the  Spiritual path, towards Annihilation.  The role was always that of a woman, and was probably the most important role within the Mysteries.  Diotima appears to have been an extremely powerful and gifted Priestess, a healer as well as a teacher

Symposium – Plato [Translator: B. Jowett]
And now, …. I would rehearse a tale of love which I heard from Diotima of Mantineia, a woman wise in this and in many other kinds of knowledge, who in the days of old, when the Athenians offered sacrifice before the coming of the plague, delayed the disease ten years. She was my instructress in the art of love, and I shall repeat to you what she said to me….. and I shall take both parts myself as well as I can

Much of the dialogue in Plato is based on the various stages one can go through if using the Art of Love as one’s method.  One starts with making love, progresses on to sex magick, then sexual stimulation and then finally proceeds on to Love with Visualisation.   In essence the love of others [humans, animals etc] is the means by which one knows Divine love.

Benjamin Jowett – INTRODUCTION to the Symposium.

Of all the works of Plato the Symposium is the most perfect in form, and may be truly thought to contain more than any commentator has ever dreamed of; or, as Goethe said of one of his own writings, more than the author himself knew. For in philosophy as in prophecy glimpses of the future may often be conveyed in words which could hardly have been understood or interpreted at the time when they were uttered --which were wiser than the writer of them meant, and could not have been expressed by him if he had been interrogated about them…………….  more than any other Platonic work the Symposium is Greek both in style and subject, having a beauty 'as of a statue,' …... More too than in any other of his Dialogues, Plato is emancipated from former philosophies.

Plato seems to be aware that there is a mystery of love in man as well as in nature, extending beyond the mere immediate relation of the sexes. He is conscious that the highest and noblest things in the world are not easily severed from the sensual desires, or may even be regarded as a spiritualized form of them. We may observe that Socrates himself is not represented as originally unimpassioned, but as one who has overcome his passions; the secret of his power over others partly lies in his passionate but self-controlled nature.

In the Phaedrus and Symposium love is not merely the feeling usually so called, but the mystical contemplation of the beautiful and the good. The same passion which may wallow in the mire is capable of rising to the loftiest heights--of penetrating the inmost secret of philosophy. The highest love is the love not of a person, but of the highest and purest abstraction. 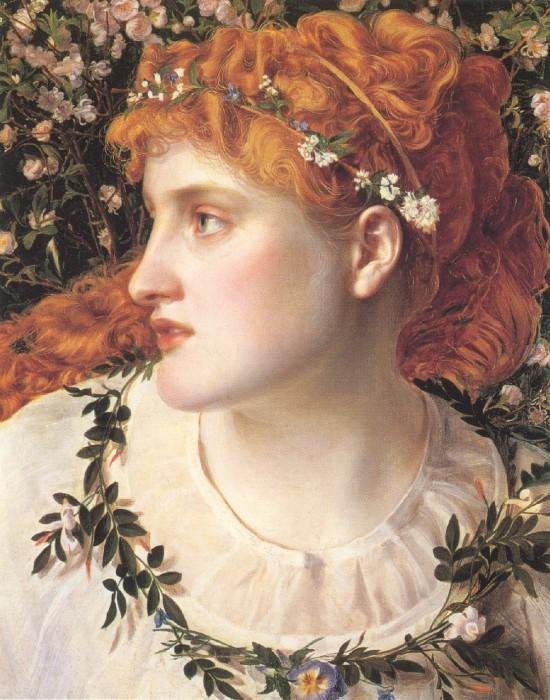 It is worth adding that the Art of Love is present in all mystical movements.

The Symposium and the dialogue of Socrates serves to show that the Art of Love was known to the Greeks.

Benjamin Jowett – INTRODUCTION to the Symposium.

Diotima, the prophetess of Mantineia, both a sacred and superhuman character, has taught Socrates far more than this about the art and mystery of love. She has taught him that love is another aspect of philosophy. …. As Dante saw all things contained in his love of Beatrice, so Plato would have us absorb all other loves and desires in the love of wisdom.  Here is the beginning of Neoplatonism, or rather, perhaps, a proof (of which there are many) that the so-called mysticism of the East was not strange to the Greek of the fifth century before Christ.

In all the following observations, Eros [Love] is the personification of the Higher spirit.  In order to help with understanding, we have included the model of the mind with each observation to show Eros acting as the intermediary between the spiritual world at large and the soul.