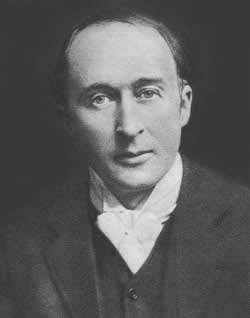 Frederick Theodore Albert Delius, CH (29 January 1862 – 10 June 1934) was an English composer. He was born in the north of England to a prosperous mercantile family of German extraction.

Delius's life was plagued by angst and illness.  Although his family was musical; Delius's father Julius assumed that his son would play a part in the family wool business, and for most of Delius's early years his father tried hard to persuade him to do so. Delius's first job was as the firm's representative in Stroud in Gloucestershire.  Then he was sent in a similar capacity to Chemnitz, but all the time his heart was elsewhere.  He neglected his duties in favour of trips to the major musical centres of Germany.  His father sent him to Sweden, where he again put his artistic interests ahead of commerce.  Delius was then sent to represent the firm in France, but he frequently absented himself from business for excursions to the French Riviera. But his father still held out, and remained opposed to music as a profession.  As a last ditch attempt to convert him, he sent him to America to manage an orange plantation – away from any European musical influences.

Delius was in Florida from the spring of 1884 to the autumn of 1885, living on a plantation at Solano Grove on the St. Johns River, near Jacksonville. But despite this isolation, he continued to be engrossed in music, and in Jacksonville he met Thomas Ward, who became his teacher in counterpoint and composition. Delius later said that Ward's teaching was the only useful music instruction he ever had.  Jacksonville had a rich, though to a European, unorthodox musical life, giving Delius his introduction to spirituals.

"Delius never forgot the singing as he heard it, day or night, carried sweet and clear across the water to his verandah at Solano Grove, whenever a steam-ship passed; it is hard to imagine conditions less conducive to cultivating oranges—or more conducive to composing." 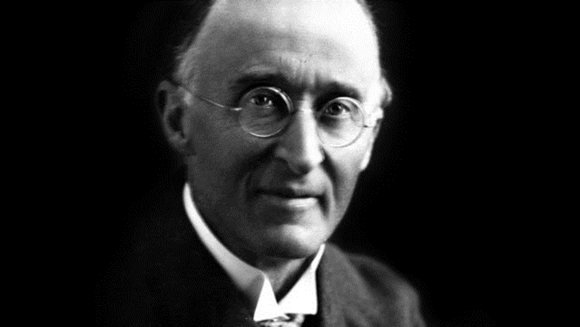 In 1886 when Delius was 24, Julius Delius at last agreed to allow his son to pursue a musical career, and paid for him to study music formally. Delius left Danville and returned to Europe. Back in Europe he enrolled at the conservatoire in Leipzig, Germany.  Delius's early biographer, the composer Patrick Hadley, observed that no trace of his academic tuition can be found in Delius's mature music "except in certain of the weaker passages".

Delius's first orchestrals were described as  "an insipid if charming water-colourist". The Florida Suite (1887, revised 1889) is "an expertly crafted synthesis of Grieg and Negroid Americana", while Delius's first opera Irmelin (1890–92) “lacks any identifiably Delian passages”.  Payne [another commentator] asserted that “none of the works prior to 1895 are of lasting interest”.

Much more important to Delius's development, was meeting the composer Edvard Grieg in Leipzig. Grieg, like Ward before him, recognised Delius's potential.  At a dinner party in London in April 1888, Grieg finally convinced Julius Delius that his son's future lay in music.  Elgar described Delius as "a poet and a visionary".

After leaving Leipzig in 1888, Delius moved to Paris where his uncle, Theodore, took him under his wing and looked after him socially and financially.  Delius "was found to be attractive, warm-hearted, spontaneous, and amorous." So amorous was Delius, that he contracted the syphilis that caused the collapse of his health.  So from the angst of opposition from his father, he goes within only a few years to the angst caused by incurable syphilis. 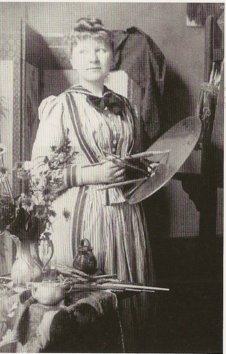 In 1897, Delius met the artist Helena Sophie Emilie Rosen, known as Jelka (1868–1935), who later became his wife. She was a professional painter, and a friend of Auguste Rodin.   Jelka bought a house in Grez-sur-Loing, a village 40 miles (64 km) outside Paris on the edge of Fontainebleau. Delius  moved in with her and in 1903 they married.  The marriage was not conventional: Jelka was, at first, the principal earner; there were no children; and Delius was not a faithful husband. Jelka was often distressed by his affairs, but her devotion did not waver.

So we now need to imagine what this must have been like for them both.  No one who loves another would want to give them a disease as nasty as syphilis, so what kind of marriage could it have been?  Love that could not be consummated, love that could not be expressed.  More painful than the illness that caused the situation, and no cure at that time, just the prospect of a terrible slow death.

But from this point on, the anguish this caused produced music of an almost surreal quality.

Delius became almost obsessed with the idea of "the transitoriness of all mortal things mirrored in nature". And his works reflected the constant reminders of his own mortality.   Songs of Sunset (1906–07), Sea Drift (1903), A Mass of Life are all works based on this vast vision of a merciless Nature – the pawn in the Great game.  One of Delius's major war-time works was his Requiem, dedicated "to the memory of all young Artists fallen in the war". The work owes nothing to the traditional Christian liturgy. When Albert Coates presented the work in London in 1922, its so called 'atheism' caused a stir.  But is it surprising that a man dying of syphilis, having just witnessed a major world war in which millions died, and whose marriage was probably filled with unsatisfied longing, is going to find the Christian notion of a fatherly God who 'looks after everyone' to be somewhat pathetic.  I don't think Delius was for one moment a non believer in the spiritual, he faced it every day of his life.  What he did not believe in was the artificially produced unrealistic concoctions of the institutionalised religions.

In 1907, Sir Thomas Beecham, who had hitherto known nothing of Delius's music, 'discovered’ Delius and became a lifelong devotee of the composer's works.  In the early years of the 20th century, Delius composed some of his most popular works, including Brigg Fair (1907), In a Summer Garden (1908, revised 1911), Summer Night on the River (1911), and On Hearing the First Cuckoo in Spring (1912).

By the end of the war, Delius had begun to show very marked symptoms of syphilis.  He took treatment at clinics across Europe, but by 1922 he was walking with two sticks, and by 1928 he was paralysed and blind. Delius's medical treatment was expensive [and ineffective], his blindness prevented him from composing, and his royalties were curtailed by the lack of continental performances of his music. Beecham gave discreet financial help, and the composer and musical benefactor H. Balfour Gardiner bought the house at Grez and allowed Delius and Jelka to live there rent-free. 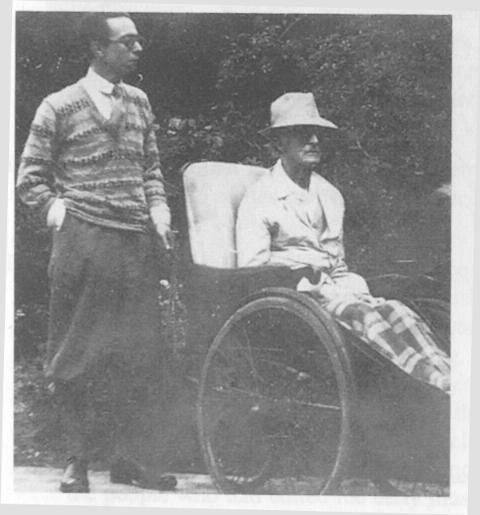 A young English admirer, Eric Fenby, learning that Delius was trying to compose by dictating to Jelka, volunteered his services as unpaid amanuensis. For five years, from 1928, he worked with Delius, taking down his new compositions from dictation, and helping him revise earlier works. Together they produced Cynara (a setting of words by Ernest Dowson), A Late Lark (a setting of W. E. Henley), A Song of Summer, a third violin sonata, the Irmelin prelude, and Idyll (1932),  The greatest joint production is often cited as The Songs of Farewell, settings of Walt Whitman poems for chorus and orchestra, which were dedicated to Jelka.

We need to also see the influences in his music – Nietzsche, Whitman, Dowson – and others – all spiritual giants in their own right. 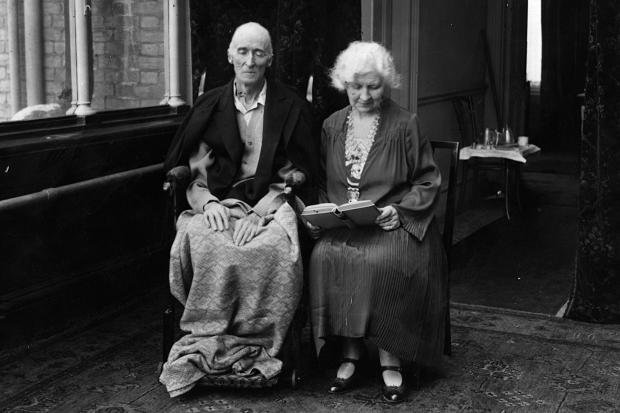 Delius died at Grez on 10 June 1934, aged 72. He had wished to be buried in his own garden, but the French authorities forbade it. His alternative wish was to be buried "in some country churchyard in the south of England, where people could place wild flowers". At the time of his death, Jelka was too ill to make the journey across the Channel, and Delius’s body was temporarily interred in the cemetery at Grez. It was taken to England in May 1935 and buried at St Peter's Church, Limpsfield, Surrey, on 26 May.  Jelka died a few days later, and was buried beside Delius.